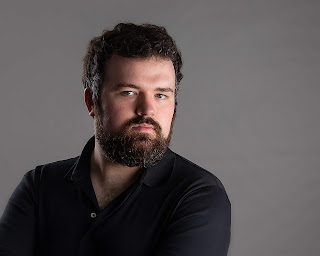 Greg Buchanan is the author of the bestselling debut novel Sixteen Horses which was published in 2021. He is also a screenwriter and gamewriter. He was a Theakston's New Blood Author in 2021. His second novel Consumed will be published in 2023.

I’m not sure he would necessarily be well-behaved company, but I suspect that Sherlock Holmes would make an entertaining dinner companion – not just for his observations about myself and others, but the curse of all fictional detectives seeming to bring crimes into being by their mere presence, so I’m sure something interesting would happen on the night out.

I’d like my second dinner invitation to go to the Leonardo DiCaprio fictional version of Jordan Belfort from The Wolf of Wall Street fame as portrayed by Leonardo DiCaprio in the movie – he's one of the worst human beings and I feel the interplay between him and Sherlock would be fairly compelling.

In general, I’m terrible at relaxing to the point that I have to set goals for my hobbies in order to actually engage in downtime. I take part in tournaments for card games to give myself more focus when playing them casually, and I put together and paint little Warhammer plastic army men (don’t knock it, Henry Cavill does it so it’s clearly a very cool task full of Hollywood glamour). Otherwise, in addition to running and volunteering in the local area, I tend to spend most of my non-work time obeying the meowing demands of my very entitled cats Bucket and Table.

Between Two Fires by Christopher Buehlman – it's like Paradise Lost meets The Road via Stephen King. It's about a fallen knight who escorts a young girl across Europe during the Black Death across the backdrop of a metaphysical and literal war in heaven; it has a real sincere commitment to every genre it dips its toe into and pulls them off with stylistic and emotional flair in a manner I think is very hard to achieve.

You have to find a balance between writing and living, because if you’re living just for your writing then it’s a half-life.

How would you describe your latest published book?

Sixteen Horses is a crime novel with dream-like horror undertones about the aftermath of animal killings in a small town by the sea, and the resulting collapse of the community as other crimes are gradually revealed.

My favourite town is Twin Peaks and my favourite country Zembla. Both are rich, dreamlike, emotional and liminal spaces between reality and unreality, echoing their protagonists like weather.

Being in the company of other writers and readers at the festival! Also, I love Oxford and it’s been a while since I’ve been there. 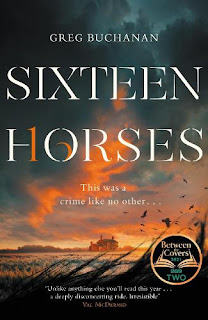 Near the dying English seaside town of Ilmarsh, local police detective Alec Nichols discovers sixteen horses' heads on a farm, each buried with a single eye facing the low winter sun. After forensic veterinarian Cooper Allen travels to the scene, the investigators soon uncover evidence of a chain of crimes in the community - disappearances, arson and mutilations - all culminating in the reveal of something deadly lurking in the ground itself. In the dark days that follow, the town slips into panic and paranoia. Everything is not as it seems. Anyone could be a suspect. And as Cooper finds herself unable to leave town, Alec is stalked by an unseen threat. The two investigators race to uncover the truth behind these frightening and insidious mysteries - no matter the cost.