‘Good Husbands’ and the sanity of middle ground By Cate Ray 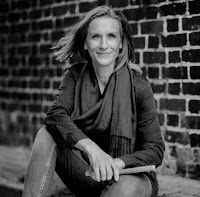 It’s autumn 2019 and I’m sitting around a large table at the pub, waiting for choir practise to start. Sipping my wine, I stifle a yawn. And then I hear something that makes me sit up and take note. In fact, it surprises me so much that my life is about to take a different turn because of it.

At the time, the Harvey Weinstein scandal has been rumbling away for 2 years: a Hollywood-gone-wrong sort of story that’s hard to ignore. His lawyer, Donna Rotunno, recently announced that the evidence will exonerate him. And his trial has been put back 4 months. In the meantime, the arguments continue to rage, allegations and anger snowballing.

Who is it that’s angry, precisely? Well, the dozens of women making the allegations, for sure. I feel for them. Who wouldn’t?

“Those women knew exactly what they were doing...”

I look up, curiosity piqued, as one of my fellow choir members prods the table angrily. She’s talking about Weinstein.

“…My friend works in fashion and she said that he was known for it – everyone knew. When you got the sign from him, the summons, you knew what it meant. Those actresses went up to his hotel room of their own free will.”

What surprises me about this isn’t so much what’s being said but who is saying it. I’d describe her as liberal. Fiercely anti-Brexit. She’s loud, glamorous; I like her a lot. She’s the sort of woman who stands by her friends, I’d imagine.

The man opposite her at the table certainly is no match. “I think there was more to it than that,” he ventures quietly. “They were victims of–”

“Victims? My arse! The deal was: go up there, let him grope or shag you, and in return you got your career boost.”

She cuts him off again. “No one forced them to go up there.” She really is livid. “It was their choice. Simple as.”

Choir begins then, but I can’t stop thinking about what I’ve just heard. Everyone else around the table was silent whilst this conversation was taking place. I wondered what their private thoughts were. More than that though, I thought how bizarre it was that a man was defending the rape survivors; and a woman was attacking them.

When I first started to write ‘Good Husbands’, Brexit was raging. And then 2020 came and seamlessly another rift began. The same month that Weinstein was sentenced to 23 years in prison for rape and sexual assault, the pandemic hit hard.

And so we entered a time of masks versus no masks, anti-vaxxers vs. vaccines. Whilst writing the novel, it felt as though arguments were breaking out everywhere. The polarisation of views that is so often talked about by social commentators felt very real to me during this time. There appeared to be 2 sides to everything about the pandemic, with people being forced to pick one. And there, right in the middle was this lonely no-man’s land: a quiet place of moderation, empathy, where no one appeared to be standing anymore.

‘Good Husbands’ is a story about consent, equality and justice. Inspired by the heated opinions about the Weinstein case that I heard, it is also about the things that weren’t said that night.

Consent is a thorny issue. Not only is it difficult to prove in a court of law, but there are many myths surrounding it. Some people were brave enough to air negative views about #MeToo, but many others were silent on the matter for fear of being judged or shamed. When it comes to sexual assault, much of what we truly think and feel doesn’t make it past closed doors.

Plenty of fiction has been created about this subject, but often with a focus on what happens during the legal process – typically, its failings. But what about what all those unaired views and judgements? What would happen if the issue was brought home, excruciatingly so? What would you do if it wasn’t a Hollywood mogul being accused, but your own loving husband?

Everyone will have an opinion on the novel’s content. The three main characters – wives with families to protect – are very different, with very different views. But ultimately it isn’t about being right and wrong, or picking a side. It’s about bringing people – especially women – together to discuss the key issues with compassion and empathy.

It’s about daring to stand in that lonely middle land, listening to the shouters on both sides and finding the truth somewhere in that. Because that middle land is sane, human, decent. You can think there because it’s so quiet. That’s because it the place – the only place – where anything ever gets solved. 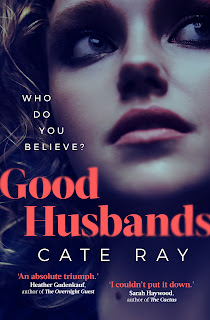 Three wives, one letter, and an explosive secret that will change everything. He said, she said. Who do you believe? Jessica, Stephanie and Priyanka are complete strangers, but they have one thing in common: they’ve each received a letter accusing their husbands of committing a sexual assault more than two decades prior. Is the accusation true or is there more to the story? It was a secret that remained buried for years. With their worlds suddenly turned upside down, they don’t know who to trust—a complete stranger or the men they love and built their lives with. The three women come together to embark on a hunt for the truth, but they are hardly prepared for what they will discover. Who is the victim, and will justice ultimately be served?