Nadine Matheson is the author of the best selling D I Henley and the Serial Crimes Unit series. In 2016, she won the City University Crime Writing Competition and in 2019 The Jigsaw Man was won by HQ (HarperCollins) in a six-publisher auction. Her second novel The Binding Room was published in July 2022.

Aaaron Stampler from Primal Fear. He was accused of murder and his defence was that it wasn’t but him but his other personality. I would like to sitting in front of him to see the moment when he would switch personalities. Stampler is both fascinating and terrifying. A great character. 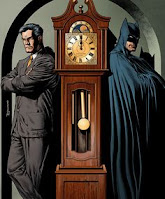 Bruce Wayne/Batman. I’m the biggest comic book fan and I couldn’t think of a better guest. It would be interesting as to who would turn up to dinner. Bruce Wayne, the billionaire playboy or the world’s greatest detective, the dark knight himself, Batman.

I love going out to dinner and also lying in my sun lounger in the garden with a good book and a cocktail.

The Spy Who Came in From the Cold by John Le Carré. I just think that its perfect. Perfect characterisation, world building and plot.

Don’t ever give up. Tell your stories and let your imagination fly.

How would you describe your series characters?

Authentic but extremely complex who are all trying to create the equilibrium with their careers and personal lives. There’s not one character who hasn’t been affected emotionally by the cases they’ve worked on.

London is actually my favourite city because its home but also richly diverse and I love how the past intertwines with the present in its streets and buildings.

Grenada is my favourite country as its where my family are from and its home away from home and the beaches are spectacular.

Spending the weekend with writers that I have admired for years and also passionate crime readers.

The Binding Room by Nadine Matheson (HarperCollins) Out Now

In this room, no one can hear you scream...The Serial Crimes Unit are called in to investigate when a local pastor is found stabbed to death. As DI Henley assesses the crime scene, she discovers a hidden door that conceals a room set up for torture - and bound to the bed in the middle of the room is the body of a man. When another body is found, also tied down, Henley realises there's someone out there torturing innocent people and leaving them for dead. But why? There's nothing that connects the victims. They didn't know each other. Their paths never crossed. But someone has targeted them, and it's up to Henley and the SCU to stop them before they find another binding room...