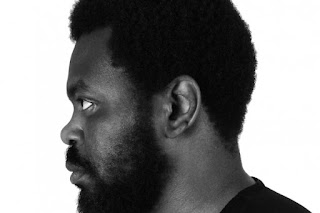 Job:- Author, business and personal coach who has also appeared on stage in London

Leye Adenle comes from a family of writers. His novel Easy Motion Tourist was the winner of the first ever Prix Marianne in 2016. His short story The Assassination (which was published in the anthology Sunshine Noir) was a finalist for the CWA 2016 Short Story Dagger. He is currently writing the fourth book in the Amaka series.

I’m currently working on the fourth book in my Amaka Thriller Series. The current working title is AMAKA.

Jack Reacher and Lisbeth Salander. Why? I find them both very intriguing and I want to see how they get along.

The Spy Who Came in from The Cold by John Le Carré I think it’s a perfect thriller.

Trust yourself. Have fun. It all works out in the end. You got this.

How would you describe your latest published book?

Magical. The Beautiful Side of the Moon (Ouida Press 2022) is a speculative fiction thriller in which a Nigerian is called upon to save the world.

Lagos, Nigeria. It’s the craziest, most fun, most colourful, most accommodating, most unpredictable city I’ve ever lived in.

The Beautiful Side of the Moon (Ouida Press 2022)

In which a Nigerian saves the world. Drawing on age-old African story-telling traditions, modern science-fiction and contemporary thriller writing, The Beautiful Side of the Moon conjures up an entirely new way of seeing the world. The central character, Osaterin, thinks he is just a modest IT guy living in Lagos – but it turns out he is much, much more than that…