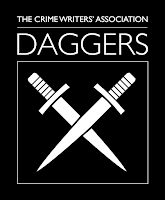 Authors and publishers have until 31 July to nominate titles published in the first half of 2022 for the Crime Writers’ Association (CWA) 2023 Dagger awards.

The famed annual Daggers are the oldest awards in the genre and have been synonymous with quality crime writing for over half a century. Past winners of the awards include icons of the genre, including Ruth Rendell, Reginald Hill, John le Carré and Lee Child, and in the 2022 Daggers, awarded in a ceremony on 29 June, winners included MW Craven, Janice Hallet, Ray Celestin, Mark Billingham and Simone Buchholz.

One of the UK’s most prominent societies, the CWA was founded in 1953 by John Creasey; the awards started in 1955 with its first award going to Winston Graham, best known for Poldark.

The CWA has undergone a refresh in recent years, updating and diversifying its Dagger judging panels and its board. To reflect the changes in the publishing landscape, the awards are now open to all traditionally published authors and to self-published authors who are CWA members, as well as publishers.

The deadline is 31 July for nominating titles published between January and June 2022 and 15 November for those published between July and December. For the first time in many years, the Daggers 2023 will be awarded along with a cash prize.

Maxim Jakubowski, Chair of the Crime Writers’ Association, said: “We are delighted not only to open the Daggers to author-nominations but also to recognise the very best crime writing in this way.”

Categories include the coveted Gold Dagger for the best crime novel of the year and the Ian Fleming Steel Dagger for best thriller, sponsored by Ian Fleming Publications Ltd, the Fleming family-owned company that looks after the James Bond literary brand.

The Daggers also provide a platform for unpublished writers, many of whom enter the Debut Dagger competition sponsored by ProWritingAid, and for authors who are favourites with libraries and their borrowers with the librarian-nominated Dagger in the Library.

To enter visit the website: The CWA Daggers - The Crime Writers’ Association

Talking of crime novels, Sherlockians who discover enigmas, dig up hidden clues, solve whodunnits without reading the book and delight in intrigue should make one fact based espionage novel mandatory reading. It even has a deceptive title, Beyond Enkription. By the way, the first enigma you'll encounter is the misspelling of Encryption: suffice it to say, it's important.

I'm now on my third reading of Bill Fairclough's titanic Beyond Enkription from The Burlington Files series and I can't believe how much I failed to spot second time round. Double agents, disinformation and deception weave wondrously within the relentless twists and turns of evolving events. Having read dozens of crime and spy novels of Conan Doyle, Agatha Christie and John le Carré quality, I find this matter of fact original undisputedly exceptional and unusually compelling. Whether you're a Cornwell connoisseur, a Deighton disciple, a Fleming fanatic or a Herron hireling, you'll be thrilled too. It’s a must read for espionage cognoscenti.

It's set in 1974 in London, Nassau and Port au Prince. Edward Burlington (aka Bill Fairclough), a far from boring accountant, unwittingly does some work for MI6 and later works eyes wide open for the CIA. It's so real it made me wonder why bother reading espionage fiction when facts are so much more exciting.

Len Deighton and Mick Herron could be forgiven for thinking they co-wrote this noir narrative. Atmospherically it's reminiscent of Ted Lewis' Get Carter of Michael Caine fame. If anyone ever makes a film based on Beyond Enkription they'll only have themselves to blame if it doesn't go down in history as a classic espionage thriller.