Books to Look Forward to From Europa Editions 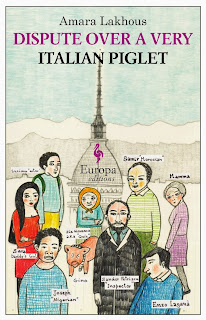 It’s October 2006. In a few months, Romania will join the European Union. Meanwhile, the northern Italian town of Turin has been rocked by a series of crimes involving Albanians and Romanians. Is this the latest eruption of a clan feud dating back centuries, or is the trouble being incited by local organized crime syndicates who routinely “infect” neighbourhoods and then “cleanse” them in order to earn big on property developments? Enzo Laganà, born in Turin to Southern Italian parents, is a journalist with a wry sense of humour who is determined to get to the bottom of this crime wave. But before he can do so, he has to settle a thorny issue concerning Gino, a small pig belonging to his Nigerian neighbour, Joseph. Who brought the pig to the neighbourhood mosque? And for heaven’s sake, why?  Dispute over a Very Italian Piglet is by Amara Lakhous and is due to be published in May 2014. 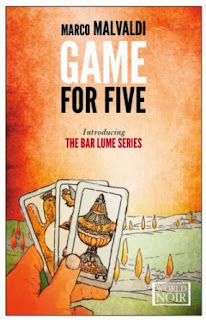 Malvaldi and is due to be published in April 2014.  At the Bar Lume, in a small coastal resort near Pisa, between shots of espresso and hands of cards, four old-timers and Massimo the Barman, while away the time chatting, arguing, and theorizing about the murder of a young woman in their town. The victim’s now notoriously licentious lifestyle has everyone thinking that her death must be connected to the world of drug trafficking and dangerous sex that she inhabited. The prime suspects in the case are two of the girl’s nightlife associates. But out of love of gossip, the group of old friends at the Bar Lume begin to pull the case to pieces, forcing Massimo into the role of amateur sleuth. And they discover that all is not as it first seems. The four old-timers analyze the crime and the suspects, contextualizing both, and in the process put a comic spin on their often narrow-minded neighbours. From this amateur investigation, in Malvaldi’s lively and colourful prose, emerges an entertaining picture of life in a small town that, for all its faults, stubbornly resists the devastation of mindless global tourism. 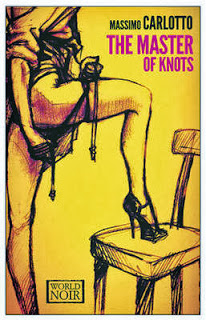 A woman has gone missing. Her husband, too ashamed to admit to the police that he and his wife were part of a ring of sexual adventurers that organized sadomasochistic orgies, turns instead to the Alligator. Marco Buratti, a.k.a the Alligator, enters a depraved demi-world where ferocious deviants prey upon lonely victims. But the savagery of this world is only the first surprise this investigation holds in store for the Alligator. Encountering such violence and desperation triggers memories of his own time in prison. And while the unwritten rule of ex-cons is that you must never talk about your experiences behind bars, the Alligator and his two long-time associates, Max the Memory and Beniamino Rossini, are forced to confront demons they thought long buried. In The Master of Knots, “the reigning king of Mediterranean Noir” Massimo Carlotto gives his readers a work of hardboiled noir fiction that is darker than ever before as he digs into the shadowy corners of human experience. This stunning novel sets a new standard in the history of the Mediterranean Noir novel.  The Master of Knots is due to be published in January 2014.

The Day of the Dead is by Maurizio de Giovanni and is due to be published in April 2014. 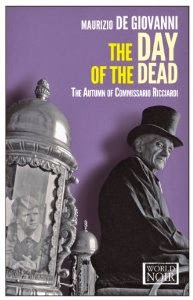 Commissario Ricciardi solves crimes with a swiftness that leaves his colleagues dumbfounded. Indeed, there are those who think his abilities are the work of the devil, an unnatural and ungodly gift to be exorcised. And maybe they’re right. Ricciardi sees and hears the final moments in the lives of those who have suffered violent deaths. It may be a talent, or it may be black magic. Whatever it is, it makes him a remarkably effective investigator. In this fourth instalment of the internationally acclaimed Commissario Ricciardi series, Ricciardi is investigating the death of Matteo, one of the many street kids who live hand-to-mouth in the dark alleys of 1930s Naples. It’s a rainy autumn and fog lays thick over the city as its inhabitants celebrate the week of the dead. Ricciardi’s instincts tell him that the boy’s death is not a result of natural causes, but his superiors will have none of it. The city is preparing for Benito Mussolini’s state visit and a murder on the front pages of the local newspapers is the last thing they need. But something sinister is afoot and Ricciardi will not let the matter rest. 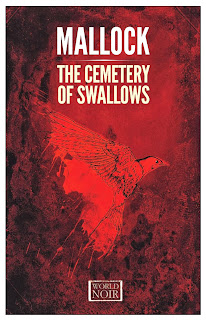 One day, Manuel Gemoni travels to the other end of the world to kill an old man in the Dominican Republic. When questioned by police, he can only explain his bizarre actions by saying, “I killed him because he had killed me.” Unable to comprehend why an ordinary family man with no history of violent behavior would go to such lengths to kill a man he didn’t even know, Police Commissioner Amédée Mallock decides to investigate. In order to save Manuel from death, the misanthropic Mallock will have to journey through the harsh tropical jungles of the Dominican Republic and the cold, snow-covered streets of Paris. In the course of the investigation, certain alarming facts will emerge. For example, Manuel knows many details about the victim’s life, details that, in theory, he cannot possibly know because they concern events that happened during WWII, before he was even born. Is this a case of reincarnation? Or will Mallock need to uncover some other kind of dark mystery in order to solve the case?  The Cemetery of Swallows is by Mallock and is due to be published in May 2014