The Woman in Black is Back! 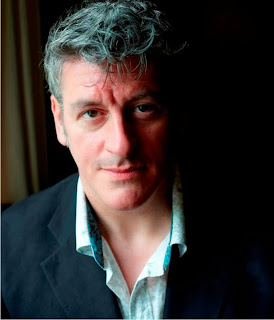 Today's guest blog is by Martyn Waites.  Martyn is a former stand up comic and actor.  He has written a number of crime novels including  The Mercy Seat which was nominated for the CWA Ian Fleming Steel Dagger. His short story "Love" which can be found in the London Noir anthology was shortlisted for the CWA Short Story Dagger. He has also been shortlisted for the CWA Dagger in the Library for his body of work. He also writes under the name of Tania Carver.  Today he talks about writing the sequel to The Woman in Black


As you may or may not be aware, there’s a sequel to Susan Hill’s ‘The Woman in Black’. It’s out now from Hammer Books, and very handsome (and handsomely affordable) it looks too. And it’s by me.
Now, some of you may be asking why a writer best known for crime and thrillers (in fact only known for crime and thrillers) should be asked to write it. Well, I was asked and I said yes. No hesitation, no argument. My agent said it was the shortest call she’d ever made.

Ah but, you’re probably saying, aren’t there any horror/ghost/supernatural/writers who could have done it better? My answer to that? I don’t know. Maybe.  Probably. But just as probably not. Hammer Books have built a solid reputation in a short space of time for publishing books by writers not normally associated with the supernatural. Julie Myerson. Sophie Hannah. Melvin Burgess. Jeanette Winterson. And plenty more to follow. And they’ve all interesting, they’ve all succeeded in what they set out to achieve and are all well worth reading. So looked at from that perspective it’s not such a daft idea.

Crossover seems to be the name of the game for writers at the moment. And that, I think, can only be a healthy thing. Writers known primarily for horror, such as Sarah Pinborough and Ramsey Campbell, are now writing or have written crime and thrillers. Susan Hill herself has written both.  Writers such as John Connolly, Chuck Wendig and Chris Holm combine the two. And of course there’s Lauren Beukes, whose ‘The Shining Girls’ looks like being this year’s ‘Gone Girl’.

And that’s a good thing. Because I think there’s a very thin line between horror and crime. 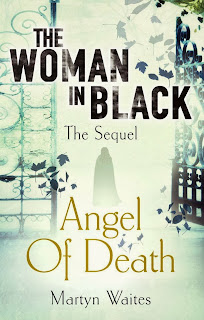 What’s ‘The Silence Of The Lambs’, a horror novel or a thriller? Or both? The film certainly works being just as much one genre as the other. The aforementioned Ramsey Campbell has fully exploited this seam too. And I think it’s only natural that some thriller should err on the side of horror. My own novels as Tania Carver have developed an increasingly Gothic flavour to them. There’s no element of the supernatural to them – and there never will be – but they’re certainly macabre and twisted, dancing on the edge of horror.


But it’s that word – supernatural – that, I think, really sets crime and horror apart. As I said, some writers are good at working that borderline. I’m not. As a reader I like books to be one thing or another. But that’s just me. I’m old fashioned that way. Having said that, we, as writers, shouldn’t have to be hidebound by strictures and rules of genre. We should be free to play around and write the kinds of stories we want to in whatever genre or form best suits them. Even if they overlap. However I’m not good at that. I have a very compartmentalised imagination.
And there’s something else on that borderline that I really hate: using it as an excuse to not play fair with the reader. For instance, the thing that the reader has been led to believe is a ghost turns out to have a boringly rational explanation. I feel cheated at that. If you’re writing a supernatural story, then have the balls to say so. And do it. And as a writer I’m the same. I couldn’t put a supernatural element in a Joe Donovan novel or a Phil Brennan and Marina Esposito novel. Just couldn’t. I feel I would be letting both myself down and the readers. That’s not what they’re expecting. And it doesn’t fit with the worldview already established in those books. But that doesn’t mean I wouldn’t do that in another novel. And I have done.

‘The Woman in Black: Angel of Death’, to give it its full title, is just such a book. It’s a ghost story. A full on, supernatural, haunted house ghost story. Written by a crime writer. Except I wasn’t for the course of writing this. I was a horror writer. Or at least a writer of the supernatural. And, once I’d discovered and developed my rhythm, I found it very liberating. In a crime novel, particularly a police procedural, you have to follow the rules. The body is found. The detectives are told not to touch it. Forensics are called to the scene. The body goes for a post mortem. A history is discovered. Suspects are questioned. Forensics and pathology yields up their findings. The detectives, armed with this information, go about finding the killer. The killer, when discovered, must also be believable. Their motives psychologically sound. Yeah. We get it. But writing a ghost story is just so liberating. You don’t need any of that.  Why? Because GHOSTS. That’s all you need to know.
So there it is. I, like Hammer, consider ‘Angel of Death’ to be not the sequel to ‘The Woman in Black’ but the next instalment. Just as ‘Live And Let Die’ was the next installment in the James Bond series of books after ‘Casino Royale’. Does that mean she will return after this? I don’t know. Perhaps she has a long death ahead of her . . .