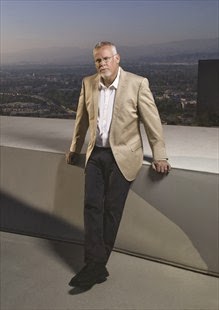 Following an official announcement by Amazon, Orion is delighted to confirm that Number One Sunday Times bestselling author Michael Connelly’s famed Harry Bosch series will be developed for a pilot episode, Bosch, to air exclusively on Amazon Instant Video and Amazon’s LOVEFiLM in the UK in early 2014. Bosch, is written by Eric Overmyer (The Wire, Treme) and Michael Connelly, and will star Titus Welliver (Argo, The Good Wife). Henrik Bastin of Fabrik Entertainment (The Killing) is producing.
The pilot episode will follow Bosch, a relentless LAPD homicide detective, as he pursues the killer of a 13-year-old boy while standing trial in federal court on accusations that he murdered a suspected serial killer in cold blood. Amazon Instant Video will host the one hour drama pilot episode and viewer response will help determine if the show goes into full-season production.
‘It is very exciting after so many years and so many books to finally be realizing Harry Bosch on the screen’ said Michael Connelly. ‘I have partnered with companies and creative people that I think will insure that the Harry Bosch we realize on screen is the tough, relentless and wounded character from the books. Loyalty to the character is the number one goal and every step we take we keep that in mind. The biggest step was in choosing the actor to portray Harry. My choice is Titus Welliver and I have every confidence in the world in his skill and craft. He is Harry. This is going to be great!’
Bill Massey, Deputy Publishing Director at Orion, said ‘Harry Bosch on screen at last – it doesn’t get much more exciting than this.’

About Michael Connelly:
Michael Connelly is the bestselling author of twenty-five novels and one work of nonfiction. With over fifty million copies of his books sold worldwide and translated into thirty-six foreign languages, he is one of the most successful writers working today. A former newspaper reporter who worked the crime beat at the Los Angeles Times and the Fort Lauderdale Sun-Sentinel, Connelly has won numerous awards for his journalism and his fiction. His very first novel, The Black Echo, won the prestigious Mystery Writers of America Edgar Award for Best First Novel in 1992. In 2002, Clint Eastwood directed and starred in the movie adaptation of Connelly’s 1998 novel, Blood Work. In March 2011, the movie adaptation of his Number 1 bestselling novel, The Lincoln Lawyer, was released worldwide starring Matthew McConaughey as Mickey Haller. His most recent Sunday Times bestsellers include The Black Box, The Drop, The Fifth Witness, The Reversal, The Scarecrow, and The Brass Verdict. His next book is a Lincoln Lawyer novel titled THE GODS OF GUILT and will be published on 21 November 2013, when Michael will visit the UK for a publicity tour. Michael spends his time in California and Florida. 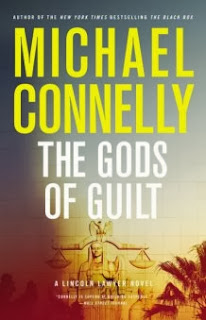 About Amazon Studios:
Amazon Studios launched in 2010 as a new way to develop feature films and episodic series―one that's open to great ideas from creators and audiences around the world. Anyone can upload a script and will then be notified within 45 days if that script is optioned. Amazon Studios will read and review all submissions and those who choose to make their projects public will also receive feedback from the Amazon Studios community. Recently, Amazon Studios announced six new kids pilots including Gortimer Gibbon’s Life on Normal Street, Grid Smasher, Hard-Boiled Eggheads, The Jo B. & G. Raff Show, The Maker Shack Agency and Wishenpoof! The pilots will be available on Amazon Instant Video in early next year for all customers to watch and provide feedback. This fall, Amazon Studios will debut its first full comedy series Alpha House, available exclusively on Prime Instant Video and Amazon LOVEFiLM in the UK.
Since launch, more than 19,000 movie scripts and 5,000 series projects have been submitted to Amazon Studios. Amazon Studios continues to invite series creators to upload their proposals for comedy and children’s programming at http://studios.amazon.com/getting-started/series or submit them privately via Amazon Studios.
Posted by Mike Stotter at 09:59