– INCLUDING START OF A BRAND NEW SERIES 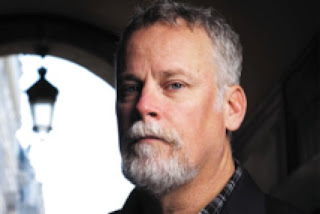 1st February 2017 – It was announced today that Michael Connelly, Sunday Times bestselling author of twenty-nine previous novels, including The Wrong Side of Goodbye and The Crossing, will publish two novels in 2017 including the start of a new series, with his longtime publisher Orion Publishing Group.
THE LATE SHOW, a new thriller introducing a driven young detective trying to prove herself in the LAPD, will publish in the UK in July 2017, and the next installment in the Bosch series (as-yet-UNTITLED) will publish in Autumn 2017.


Michael Connelly said: ‘I have been contemplating a new character like Renee Ballard for a long time and now seemed like the time to write the book. It’s been ten years since I introduced a new protagonist so I am very excited about this.’
In THE LATE SHOW, Renée Ballard works the night shift in Hollywood, beginning many investigations but finishing none as each morning she turns her cases over to day shift detectives. A once up-and-coming detective, she's been given this beat as punishment after filing a sexual harassment complaint against a supervisor. But one night she catches two cases she doesn't want to part with: the brutal beating of a prostitute left for dead in a parking lot and the killing of a young woman in a nightclub shooting. Ballard is determined not to give up at dawn. Against orders and her own partner's wishes, she works both cases by day while maintaining her shift by night. As the cases entwine they pull her closer to her own demons - and the reason she won't give up her job no matter what the department throws at her.

Read more about Michael
MICHAEL CONNELLY: Grilled by Shots on The Scarecrow

Hold Fast: Harry Bosch finally makes it to the screen

Email ThisBlogThis!Share to TwitterShare to FacebookShare to Pinterest
Labels: harry bosch, Michael Connelly, Orion Books, The Late Show, The Wrong Side of Goodbye