Where the Spies Live by Mick Herron 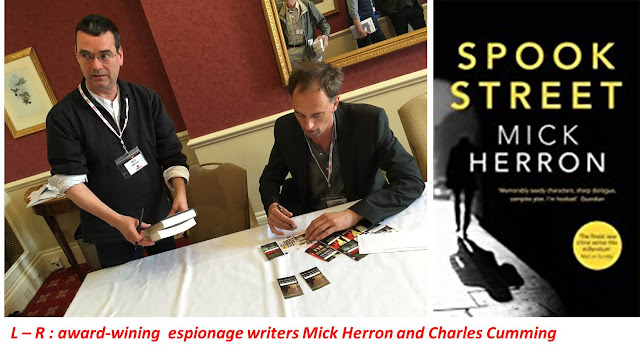 Good spies, as everyone knows, get to wear jetpacks and exploding wristwatches; they have abundant sex partners and more lives than a cat. They travel the world, visit vast, hollowed-out volcanoes, zip into space and throw bad guys from jet-aircraft.

Slough House is the upper part of a ramshackle building near Barbican Tube station: three storeys of soul-shriveling offices whose front door – which never opens – is wedged between a newsagent’s and a Chinese restaurant. In this miserable building the failures of the Secret Service are assigned their daily tasks, which involve acres of paperwork and deserts of digital boredom. It’s all a far cry from the life they signed up for, which they had imagined involved saving the world, or at least keeping it safe from terrorists. But “nobody left Slough House at the end of a working day feeling like they’d contributed to the security of the nation. They left it feeling like their brains had been fed through a juicer.” Having aimed for the spy’s life of thrills and subterfuge, Slough House’s occupants – the slow horses – have found themselves trapped in a humdrum existence, where the greatest danger is a paper-cut, and the most implacable enemy a dodgy WiFi connection. 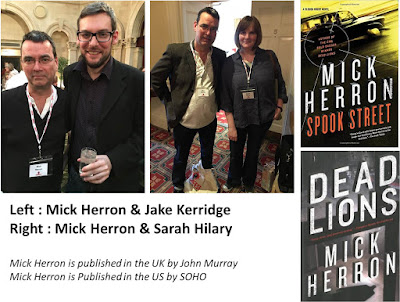 Under the thumb of the gross, bad-tempered, flatulent and vile-mannered Jackson Lamb, the slow horses endure long days and sleepless nights, but if life in Slough House has taught them anything, it’s to seize any opportunity for excitement with both hands. In SPOOK STREET, this brings them up against a group responsible for the worst act of terrorism the nation has seen in a decade – led by a man whose secrets have shattering implications for young River Cartwright…

SPOOK STREET. You won’t find it on a map. But it’s where the spies live.

Grab a copy of Spook Street, from the Shots Bookstore with a generous discount on RRP Here

More information about the work of Mick Herron available Here 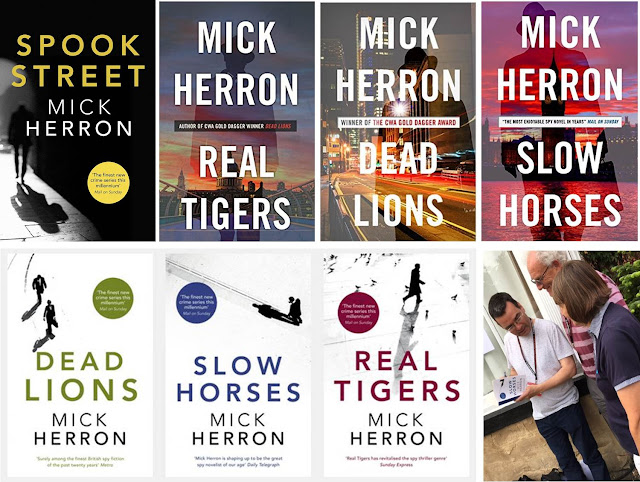 Only just discovered Mick Herron's Jackson Lamb series, but loved the first one. Now in catch-up mode. Not done my #TBR pile any good whatsoever!