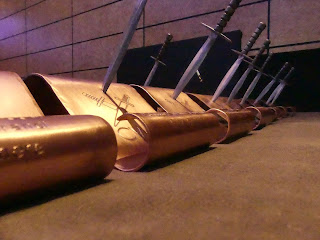 The shortlist has been announced for the inaugural CWA Dagger for the Best Crime and Mystery Publisher of the Year. The award is the first new Dagger category created in over a decade.

The Crime Writers’ Association (CWA) Daggers are regarded by the publishing world as the foremost British awards in crime writing, established in 1955.

Maxim Jakubowski, Honorary Vice-Chair of the CWA, said: “We’re delighted with the high quality nominees for this new Dagger, a category we felt was overdue in our award portfolio. Publishers play a vital role in driving the biggest selling genre and shaping our cultural landscape. The publicists, editors, designers and hard-working teams that support new and existing authors deserve this recognition.”

The shortlisted publishers and imprints were nominated by a representative group of leading book reviewers, booksellers, festival organisers, bloggers, literary agents and journalists.

The nominee criteria was the display of excellence and diversity in publishing. Factors taken into account include developing new authors and marketing and promoting crime fiction.

The winner will be announced at the prestigious Dagger Awards Dinner on October 24 at the Leonardo Royal Hotel London City (formerly known as Grange City) on Cooper’s Row, London.

For ticket details and to book a place, https://thecwa.co.uk/the-daggers/cwa-dagger-awards-gala-dinner-2019 or contact admin@thecwa.co.uk Discounts are available for tables of 10 or 12.
Posted by Ayo Onatade at 10:13