Hanna Jameson’s “The Last” in Spain 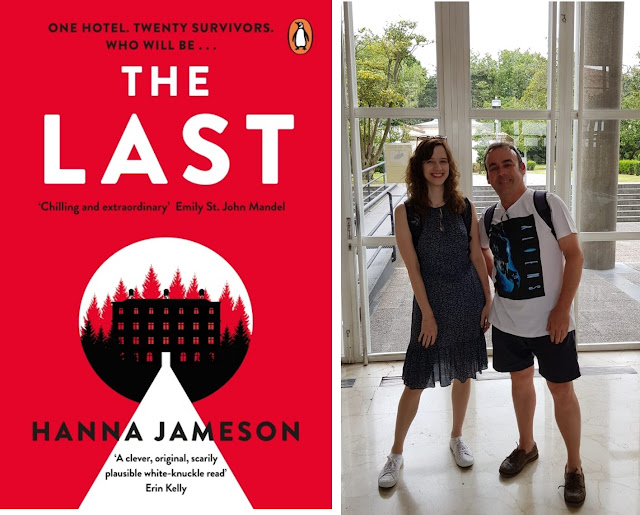 In another exclusive interview, John Parker, our Spanish reviewer and editor reports back from the Celsius 232 film and literary event hosted in Avilés, where he found himself chatting to Hanna Jameson who makes her first visit to Celsius 232. John’s previous interviews from the 2019 festival are archived with links to his interviews with John Connolly and Sarah Pinborough.

Shots Editors Mike Stotter and Ali Karim, with their friend and colleague Jon Coates, the renowned bibliophile and journalist found themselves at the launch of The Last, at Theakston’s crime-writing festival 2018, where the publishers made a mock up, reflecting Jameson’s apocalyptic theme, from the book; which we recorded below

For those with an avid interest in apocalyptic thriller fiction, The Last is an extraordinary work, and as thought-provoking as Deon Meyer’s recent THE FEVER.

For background Hanna Jameson is the author of four novels. The fourth entitled The Last, an apocalyptic thriller, was the hot book from Frankfurt’s Book Fair in 2017.

Since its paperback release it has spent several weeks in the seat marked Numero Uno in Waterstones paperback fiction charts, and here’s the author talking about The Last.

The Last is a dystopian psychological thriller follows an American academic stranded at a Swiss hotel as the world descends into nuclear war—along with twenty other survivors—who becomes obsessed with identifying a murderer in their midst after the body of a young girl is discovered in one of the hotel’s water tanks.  Jon thought he had all the time in the world to respond to his wife’s text message: I miss you so much. I feel bad about how we left it. Love you. But as he’s waiting in the lobby of the L’Hotel Sixieme in Switzerland after an academic conference, still mulling over how to respond to his wife, he receives a string of horrifying push notifications. Washington, DC has been hit with a nuclear bomb, then New York, then London, and finally Berlin. That’s all he knows before news outlets and social media goes black—and before the clouds on the horizon turn orange.

Now, two months later, there are twenty survivors holed up at the hotel, a place already tainted by its strange history of suicides and murders. Those who can’t bear to stay commit suicide or wander off into the woods. Jon and the others try to maintain some semblance of civilization. But when the water pressure disappears, and Jon and a crew of survivors investigate the hotel’s water tanks, they are shocked to discover the body of a young girl. As supplies dwindle and tensions rise, Jon becomes obsessed with investigating the death of the little girl as a way to cling to his own humanity. Yet the real question remains: can he afford to lose his mind in this hotel, or should he take his chances in the outside world?
So over to our reporter in Spain 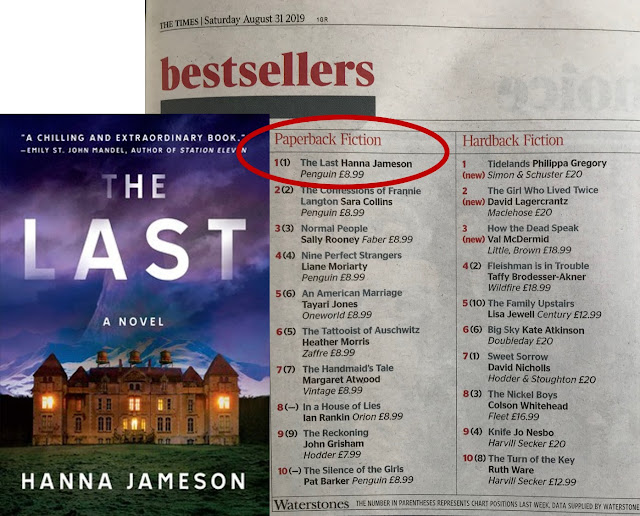 John Parker: Hello, here we are in Avilés at Celsius 232 with Hanna Jameson. Welcome, and when did you get here?

Hanna Jameson: Thank you. I flew in last night, just in time for dinner, basically.

John: But no jetlag?

Hanna: Well, no. I didn’t come from that far; basically, from London.

John: London makes me think of your previous work, the London Underground series. There were 3 books if I recall, Something You Are, Girl 7 and Road Kill. They were quite successful, I believe.

Hanna: They did all right, yes

John: But now you have come onto something that is even bigger than those because there is a lot of talk about The Last. There have been comparisons with J.G. Ballard, David Peace, Graham Greene… nice company to be in.

Hannah: Yeah, I feel ok about the Ballard comparison because he’s, like, my hero.

John: Is he really?

Hanna: Definitely. As far as I am concerned, he’s the god of dystopian fiction.

Editor’s note: As a fan of Ballard, and curious about Alien Megastructures, I came across an extraordinary audio adaptation of his short story “Report on an Unidentified Space Station” from Knifepoint Horror. It can be accessed from this link HERE or read online HERE – apology for the interruption.

John: Hey, David Peace as well. I’m a fan of David Peace. Have you read any of his stuff? Did that influence you?

Hanna: Well, the Red Riding Trilogy was a huge influence on my first three books, mostly because it was the first time I had read violence written in such a poetic way and it had a real effect on how I wrote. I mean, even my sentence structure was very influenced by David Peace.

Editor’s Note: apology for another interruption, but this archived interview with David Peace may be of interest, it’s HERE

John: And the Graham Greene connection?

Hanna: Graham Greene? I’m extremely flattered but I don’t know that my writing resembles his, but I quote him a few times in my work, I think. I definitely quoted him in The Last.

John: And I hear you are a big fan of Quentin Tarantino and his way of looking at death and things on the screen is an influence on your writing. Is that true?

Hanna: Definitely. Well, I’m really influenced by film and TV in general. I think Tarantino was a much bigger influence on my first three novels because you’ve got that kind of almost comedic level of ultra-violence which I really enjoyed. And then I think… I don’t know… in terms of film and TV I think TV shows like The Leftovers and Twin Peaks were a huge influence on The Last.

John: Is there any other author I haven’t mentioned that may have been an influence on you in the past? Do you like detective fiction apart from the Agatha Christie type of thing?

Hanna: …………..laughing………..Do you know I’ve never actually read any Agatha Christie. I think the comparison is probably accurate as far as themes go but I’ve never actually read any of her work so my influences are probably more Martina Cole, because I think most crime fiction is like, well…it revolves around the whodunit and I think with regards to The Last, I wanted to write a dystopian novel but then old habits die hard and a murder mystery was kind of the perfect way to explore themes of justice and holding on to ideas of right and wrong even though the structures binding our society together are completely gone. 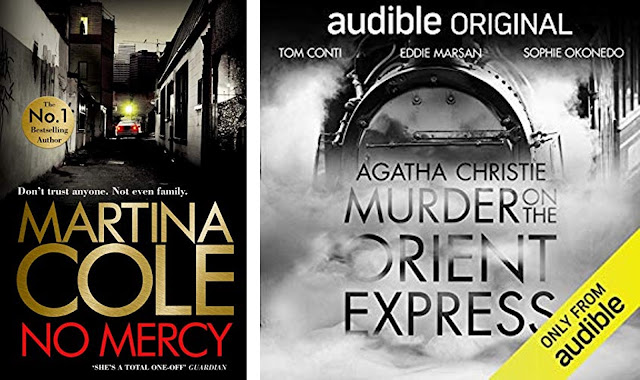 John: The future for writers with adaptations of their novels is rosier than ever because of the sudden surge of platforms like Amazon, HBO and Netflix.

John: Is there any possibility of your stuff being adapted for TV or similar?

John: You can’t say. That’s good news. Or is it?  Well, regardless of whether you can tell me or not, do you see it as a great platform for you and your contemporaries? 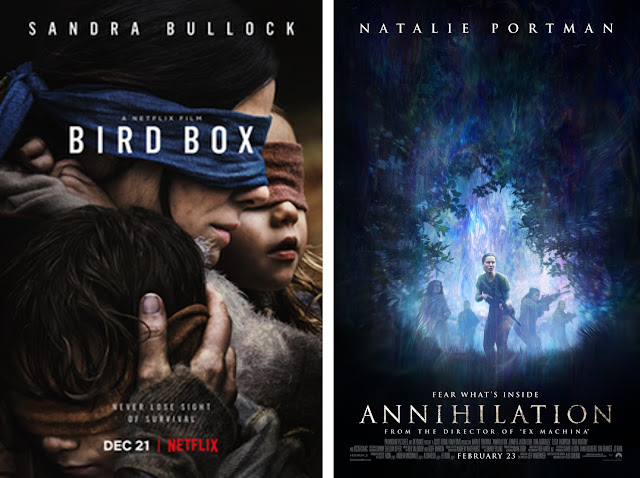 Hanna: Oh, yeah. Absolutely. And not just for adaptations, to be honest, even though adaptations Netflix recently did with Annihilation and Bird Box, I didn’t even know they were novels, they were adaptations. So I think in terms of bringing genre fiction to even bigger audiences than it currently is - well, they’re incredible. But then, TV has always been almost a bigger influence on my writing than authors have because I think so much of the best writing and the best characterisation and the best dialogue, it’s all in TV at the moment. So, I think The Last, it feels episodic, I think. It feels like a TV series.

John: interesting. I imagine you are a big fan of series like Killing Eve?

John: Which did you prefer? The first series or the second series? I preferred the first. 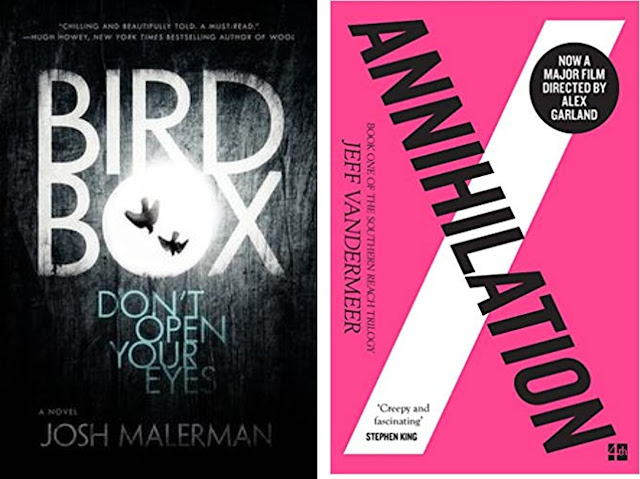 Hanna:………….Oh, that’s hard to say! It’s hard to say! Probably the second series because I think the sort of combination of horror, violence and comedy was better assessed and I think the writers really hit their stride with the characters whereas in the first one, though very good, it didn’t quite jibe with the tone, and there were certain things about the humour that didn’t quite land for me - but then everyone else loved it, so I think that’s just a matter of personal taste.

Hanna: I’m reading… I read a lot of non-fiction actually. I’ve only just got back into reading fiction and it was because I’m writing another novel at the moment so I need to get back into that mind-set of, like, prose, in general. Usually I’m reading History. I’m reading a non-fiction book at the moment called One Nation Under God by Kevin Cruse which is about how corporate America invented Christian America and it’s about how the radical right evangelical movement that elected Donald Trump was created back in the 1950s with President Eisenhower and the introduction of the words, “Under God” to “The Pledge of Allegiance” and all the religious phrasing on the currency and stuff; that was all introduced in the 1950s so that’s really interesting. And I’m also reading Stephen King at the moment, a novel called 11/22/63.

John: I loved it!

John: Have you seen the TV series?

Hanna: No, I haven’t. I don’t like to watch TV shows before the book.
John: I didn’t like it.

Hanna: Yeah, I’ve heard about it… but the book is incredible so far. I’m really enjoying it.

John: Ok, to finish up let me change tack as today is July 20th, 2019 which means it’s 50 years since Man walked on the moon. Neil Armstrong walked on the moon 50 years ago. Do you believe we actually went to the moon, or do you think it’s a big conspiracy and that we’ve all been fooled for the last 50 years?

Hanna:……………..laughter….. Oh, I believe… thought i’m kind of an agnostic at heart, so I’m very much in the camp of “I believe we did it”, but if I found our one day that we didn’t, I wouldn’t be surprised.

John: Ok, good answer! Hanna, thank you very much for your time. I totally appreciate your being here. I hope you have enjoyed your time in Aviles, and that you like it so much you’ll come back next year.

Hanna: I really want to!

John: Thank you for your time.

Hanna: Thank you too.

Shots Magazine pass thanks to Jorge Iván Argiz and the organisers of the 2019 Celsius 232 festival, and to Hannah Jameson.

And thanks to our Spanish representative, writer, reviewer and editor John Parker, who is a Graduate-qualified English/Spanish Teacher, owner and director of CHAT ENGLISH, an English Language Centre in Avilés on the north coast of Spain John is a voracious reader, and has loved horror fiction for many, many years. He also has a passion for propagating citrus fruit, and root vegetables.