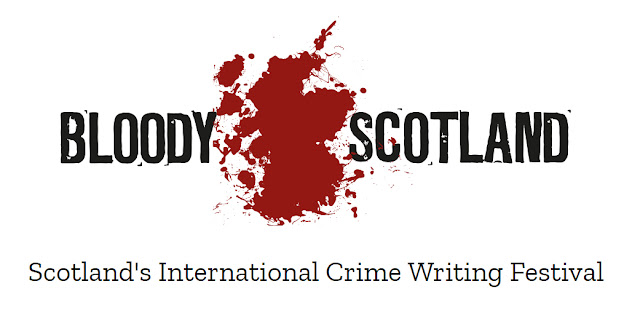 Winner to be presented at the opening reception of Bloody Scotland International Crime Writing Festival at the Church of the Holy Rude, Stirling on Friday 20 September

A panel of judges including Alison Flood, James Crawford and Stuart Cosgrove today reveal the finalists for The McIlvanney Prize 2019.

They include the multi-talented Doug Johnstone who has a PhD in nuclear physics and moonlights as the manager and drummer for the Fun Lovin’ Crime Writers, Manda Scott who studied veterinary surgery before turning to crime writing, a former McIlvanney winner Denise Mina and half a former winner in the form of Ambrose Parry – aka husband and wife writing team Chris Brookmyre and Marisa Haetzman.

The winner of the Scottish Crime Book of the Year will be awarded The McIlvanney Prize in memory of William McIlvanney at the opening reception on Friday 20 September and will lead a torchlight procession - open to the public – with David Baldacci on their way down to his event. The award recognises excellence in Scottish crime writing, includes a prize of £1000 and nationwide promotion in Waterstones.

The judges explained why each book made the final four:

Breakers by Doug Johnstone (Orenda)
A tightly written and compelling exploration of two sides of Edinburgh, touching on social topics rarely examined in crime fiction. A brilliant and moving portrait of family dynamics and loyalty as a young boy struggles to break out of his powerlessness.

A Treachery of Spiesby Manda Scott (Bantam Press)
A powerful, complex and remarkable espionage thriller: a present-day murder links back to Resistance France. An intricately plotted novel which keeps the reader guessing right to the end.

Convictionby Denise Mina (Harvill Secker)
A highly original and timely rollercoaster of a read, a caper which takes the reader on an unforgettable journey from central Glasgow to the Highlands, France and Italy. The novel fizzes with energy and brims over with a love of storytelling.

The Way of All Fleshby Ambrose Parry (Canongate)
Intensely and brilliantly researched piece of writing, casting back to 19th century Edinburgh when the art of surgery was just emerging at the same time as body snatchers were at large on the streets. Vivid, original, compelling, playful.

This year’s judges are Alison Flood, books reporter for The Guardianand a former news reporter for The Bookseller; James Crawford, chair of Publishing Scotland and presenter of BBC series, Scotland from the Sky and Stuart Cosgrove, writer and broadcaster who was formerly a senior executive at Channel 4.

All the Hidden Truths by Claire Askew (Hodder)
From the Shadows by G R Halliday (Vintage)
Black Camp 21 by Bill Jones (Polygon)
In the Silence by M R Mackenzie (Bloodhound)
The Peat Dead by Allan Martin (Thunderpoint)
The winner will be revealed on the opening night of the Festival.
If you would like to talk to any of the finalists, the judges or the Director of Bloody Scotland Bob McDevitt please contact fiona@brownleedonald.com 07767 431846.
Posted by Ayo Onatade at 06:00