A Q& A with Laura Shepherd Robinson 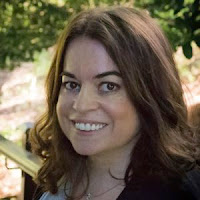 Laura Shepherd-Robinson is the author of the award-winning debut novel Blood & Sugar which won the Historical Writers’ Association Debut Crown and the Specsaver’s Debut Crime Novel award, was a Waterstones Thriller of the Month, and a Guardian and Telegraph novel of the year. It was also shortlisted for the Crime Writers’ Association John Creasey (New Blood) Dagger and the Sapere Historical Dagger. Her latest novel is Daughters of the Night which is out now.

Ayo:    Congratulations on Daughters of the Night, can I though ask you first a question about your debut novel Blood & Sugar which made so many end of the year lists (including mine) and was nominated for numerous awards and won the HWA Debut Crown along with the Specsaver’s Debut Crime novel Waard?  How surprised were you with the reception of Blood & Sugar?

Laura:-           It was lovely that so many people appreciated Harry and Tad and the world I built for them. Slavery is such an important part of our history, and people are really beginning to appreciate that. I wanted to bring that subject to life in a crime novel and hopefully take it to new readers – I didn’t really have any expectations beyond that. To win two prizes and be a Waterstones Thriller of the Month was beyond anything I’d ever dared hope.

Ayo:-  Why write about Daughters of the Night?

Laura:-           My first book involved the crew of a slaving ship and so naturally a lot of the characters were men. This time I wanted to redress the balance by focusing on women and the struggles they faced in Georgian England. The Daughters of Night in the title is a reference to prostitution – the victim and several of the characters work in the London sex trade – but it also refers to the Furies in Greek mythology, who were the daughters of Nyx, the Goddess of Night. They were women demons or goddesses, who pursued the perpetrators of unpunished crimes, often against women. Vengeance is a big theme of the book.

Ayo:-  Is Daughters of the Night a direct sequel to Blood & Sugar?  If not, what made you decide to write about a different character from Blood & Sugar?

Laura:-           It is not a sequel as such, but it takes place in the same world and the books complement one another. My main character, Caro, is the wife of Harry Corsham, the main character of Blood & Sugar. They have a rather strange, troubled marriage, which my readers have already seen from his perspective. I wanted to show her side of the story!

Ayo:-  Are you planning on writing about any of the characters in Blood & Sugar and Daughters of the Night?

Laura:-           I am currently writing a standalone book that is set in 1740. But I would love to return to the world of Harry and Caro and I know exactly where I want to take them!

Ayo:-  You clearly did a lot of research for Blood & Sugar.  Did any of the research that you did for your debut novel spill over into Daughters of the Night?

Laura:-           Definitely! The general way of life in the 18th century, the geography of London at the time, as well as many more precise historical details. I have a document where I put any brilliant details I come across – if I can’t use them in my current novel, I save them for the future.

Ayo:-  What did you find out that shocked/surprised you when you were doing your research for Daughters of the Night?

Laura:-           That 1 in 5 female Londoners participated in the sex trade at some point in their lives. The line between vice and virtue was much more blurred than people often assume. Women moved in and out of prostitution as their economic circumstances changed.

Ayo:-  What was it about value (which is an essential theme in the book) that fascinated you so much?

Laura:-           The commoditisation of women’s bodies is as old as time. The book explores different aspects of the sex trade, but also how women were depicted in art, and the legal and economic constraints placed on them in marriage. All the woman in the book struggle against a system that valued them only in terms of the men who desired them. Plus ça change.

Ayo:-  How did it make the crime more compelling?

Lucy Loveless, the prostitute whose murder is the central mystery of the book, was killed in part because she asserted the value of women’s lives and would not be silent. Caro, although of an entirely different economic and social status, in turn asserts the value of Lucy’s life. She refuses to stop her investigation, whatever the cost.

Ayo:-  Daughters of the Night has two timelines, was this intentional

Laura:-           Originally the book only had one. It wasn’t quite working, and adding the backstory was the missing piece. It was important to me that the victims in the book were depicted as women with agency and ambition and friendships, rather than dead, faceless sex workers. That’s all there in the backstory, as well as many clues to the mystery in the present.

Ayo:-  Where did you get your interest in history and historical crime fiction from?

Laura:-           Both my parents were very interested in history. As a child, I loved Joan Aitken’s Wolves of Willoughby Chase series and Tom’s Midnight Garden. Although I studied politics at university, I did courses on the 18th century as a subsidiary subject. Then I fell in love with Iain Pears’s An Instance of the Fingerpost, and that was when the idea of writing a historical novel came to me. I didn’t get around to it for over ten years, but eventually I did something about it!

Ayo:-  Do you have a favourite period in history? If so which period and why?

Laura:-           The 18th century obviously! It is the period that shaped so much that is familiar to us today: liberal values, art and architecture. But it was also very different to our society and much more brutal. I’m thinking of slavery, blood sports, the lack of women’s rights, crime and punishment, poverty. It’s an interesting juxtaposition and one that to me felt perfect for writing crime.

Ayo:-  How has the lockdown affected your writing?

Laura:-           For the first six weeks it felt scary and confusing and I couldn’t write at all. Luckily I was between books, so I used it to take a break. I didn’t force it, I read some novels, and generally had a nice time with my husband. Then I woke up one morning filled with a fierce urge to write again, and I haven’t looked back!

Ayo:-  How do you write? Do you prefer writing in silence or do you have music on in the background? If you do have music on what type of music does it tend to be?

Ayo:-  What is the more important for you characterisation or plot or do you try and have a happy medium between the two?

Laura:-           I think they flow out of one another. Story is always king, but a good story needs both plot and character. I start from what I need my characters to do in the plot, and then construct a living breathing person who can credibly perform that role. And naturally, of course, sometimes they take on a life of their own, and I change the plot to better suit their personality.

Ayo:-  Do you plot before-hand or do you just let the writing flow?

Laura:-           I am a huge planner. I write 30k word plot plans before I start writing. Lots of things change as I go along, but the fundamental structure, the beginning and end, and major plot points rarely do.

Ayo:-  What are you working on at the moment and can you tell us about it?

Laura:-           It’s called The Square of Sevens. It’s set in 1740 and is more of a feminist Dickensian mystery than a straight crime novel. The book’s heroine is called Red. She tells fortunes with playing cards and her method of fortune-telling informs the structure of the book. I can’t say too much more about it at the moment, but I am absolutely loving writing it.

Ayo:-  With the lockdown festivals and events have had to be either cancelled or moved online.  What have you missed the most due to the lockdown?

Laura:-           Seeing my lovely writer friends and having fun at book launches and festivals. Writers are such solitary creatures, and we need to come out of our caves from time to time to stop us going mad. Zoom has been a life-saver in this respect – imagine doing this in the 18th century!

Laura:-           Mostly the usual boring things. Dinner parties, TV, wasting too much time on Twitter. Oh, and we like to play bridge – another thing we’ve been unable to do. We’ve been filling the gap with jigsaws and Lego.

Daughters of the Night by Laura Shepherd-Robinson (Published by Pan Macmillan) out now.

London, 1782. Desperate for her politician husband to return home from France, Caroline 'Caro' Corsham is already in a state of anxiety when she finds a well-dressed woman mortally wounded in the bowers of the Vauxhall Pleasure Gardens. The Bow Street constables are swift to act, until they discover that the deceased woman was a highly paid prostitute, at which point they cease to care entirely. But Caro has motives of her own for wanting to see justice done, and so sets out to solve the crime herself. Enlisting the help of thief taker Peregrine Child, their inquiry delves into the hidden corners of Georgian society, a world of artifice, deception and secret lives. But with many gentlemen refusing to speak about their dealings with the dead woman, and Caro's own reputation under threat, finding the killer will be harder, and more treacherous, than she can know.

The Shots review of Daughters of the Night can be read here.