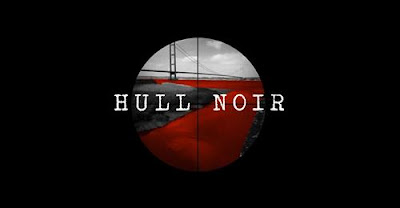 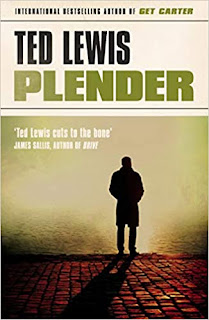 First published 50 years ago, until recently PLENDER could justifiably be considered the ‘lost’ Hull noir novel. Not so in France, where director Eric Barbier, who placed the novel in the traditions of Cape Fear and Hitchcock’s Strangers on a Train, adapted it for his 2006 thriller, LE SERPENT. But beside Lewis’s best known work, JACK’S RETURN HOME/GET CARTER (1970) and his dark, uncompromising swansong, GBH (1980), PLENDER has always seemed unfairly placed in the shade.

Originally hitting bookstore shelves at the same time as the ‘X’-rated GET CARTER screened in cinemas across the UK in 1971, PLENDER finds Lewis diving deeper into the noir world the first Carter novel inhabits, revisiting the Hull and Humber haunts of his art school years that were now a decade behind him. Lewis follows his demons wherever they lead, taking perverse pleasure in bringing the sleaze and corruption that he’d experienced in Soho to the streets of Hull. These were places and people he knew well and if the brutality and sexuality of PLENDER shocked the folks back home in Barton and Kirk Ella, so be it.

With PLENDER, Lewis exploits the hinterland of autobiography and fiction, matching the ruthless, sadistic Brian Plender with the duplicitous and corruptible Peter Knott. The power game played between these twin antagonists is broken down in brief, punchy scenes. Resentment harboured, blackmail exacted, and revenge meted out. If you’re looking for redemption, try elsewhere. This is a Ted Lewis novel. A blueprint that came to redefine the possibilities of British noir.

Hull Noir are pleased to have No Exit Press sponsoring our festival read. Publishing PLENDER and GBH in the UK for the first time in over 20 years, their 2020 editions have returned these two important novels to their rightful place in the lineage of crime/noir writing.

The first 12 people to contact us using the hashtag #HULLNOIRPLENDER will receive a copy of PLENDER [print copy or e-book] and the code to enter the BOOK GROUP taking place via Zoom on the evening of 18 March. The session will be hosted by Ted Lewis’s biographer, Nick Triplow. Entry is free, but bear in mind, it’s important that you can make that date.

In 2020, Hull Noir made the short film PLENDER. Taking extracts from the novel and filming in locations close to those Lewis envisioned. Adapted by Nick Triplow and Nick Quantrill, filmed by Dave Lee, with extracts read by Matt Sutton.

View it on on the Hull Noir YouTube channel 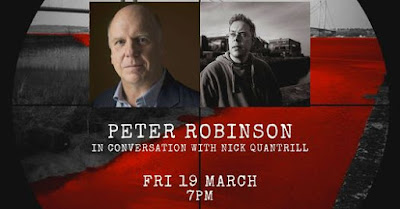 Best known for his Yorkshire-set novels featuring Detective Chief Inspector Alan Banks, Peter Robinson has established a reputation as one of the foremost crime writers of his generation. Set in the fictional north Yorkshire town of Eastvale, DCI Banks has made the transition to TV screens with Stephen Tomkinson in the title role.

To celebrate the launch of his 27th Banks novel, NOT DARK YET, in which a gruesome murder uncovers links with the Albanian mafia, Nick Quantrill talks to Peter about the new novel, his approach to Banks, and how he manages to maintain the series’ uncompromising perspective on wider societal issues. 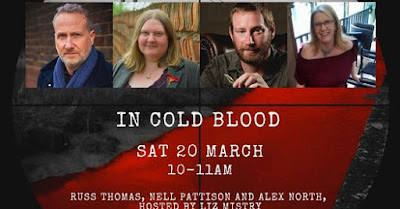 As the wheels of crime fiction turn, three new and exciting voices, Alex North, Nell Pattison and Russ Thomas, give the lowdown about their novels, what it’s like to start out (and start again), and discuss what comes next. With Liz Mistry as our guide, we find out what it’s like to launch your book in the midst of a global pandemic and look at new ways of reaching an audience. 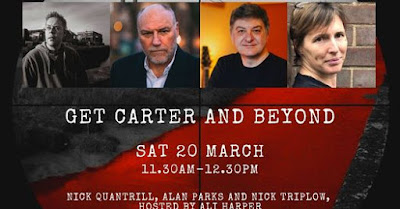 With the landmark British crime film Get Carter turning 50, we’ll hear from Nick Triplow - biographer of Ted Lewis, from whose novel the film’s script was adapted, Hull’s Nick Quantrill about bringing crime fiction to the Humber, and journey to 1970s Glasgow with Alan Parks to explore Lewis’s enduring influence on crime writing and the evocation of the non-metropolitan north. Leeds crime writer Ali Harper keeps everything in check. 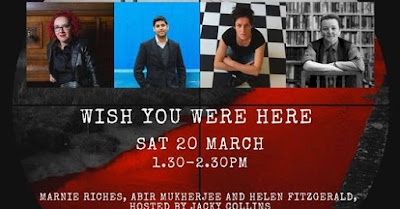 Crime fiction’s thirst for new territories remains undiminished, bringing us new landscapes or fresh perspectives on the places we thought we knew. Under the watchful eye of Jacky Collins, Helen FitzGerald, Abir Mukherjee and Marnie Riches uncover the crime-culture influences of fire-ravaged Australia, Raj- era India and the contemporary streets of Manchester to consider what makes them tick. 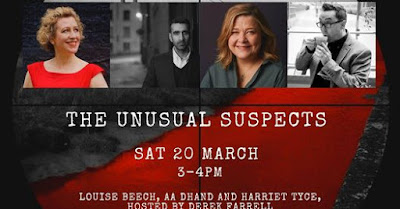 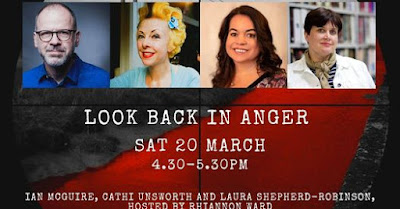 In the writing of Ian McGuire, Laura Shepherd-Robinson, and Cathi Unsworth, historical crime fiction feels fresh, dynamic and insightful. In conversation with Rhiannon Ward, they discuss the ‘power of the strange’ in the lives, times and crimes they write about, and what their explorations of the past can tell us about ourselves now. 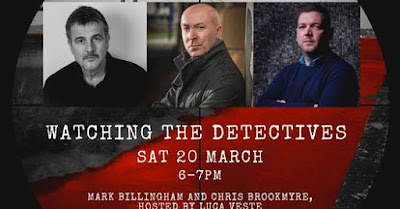 Aided and abetted by Luca Veste, Mark Billingham and Chris Brookmyre go full Holmes and Watson to investigate the scene of contemporary crime fiction. Sharing the secrets of their mind palaces, they examine 20 years of Mark’s acclaimed DI Thorne series, their new novels, what it’s like to be part-time rock stars, and pretty much everything in-between. 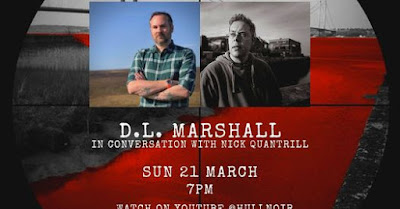 First pitched at Bloody Scotland festival, ANTHRAX ISLAND features John Tyler and is set on Gruinard Island, a small Scottish islet that has been off-limits for decades having been used as a testing ground for biological weapons during the Second World War. When a technician dies at the scientific station on the island, Tyler is flown in to assist. Can he uncover the killer in their midst before a new strain of anthrax is unleashed upon the world?

The interview will be released on the Hull Noir Youtube channel at 7pm on 21 March.

Books are available for order and sale from our Festival bookseller, The Bookcase in Lowdham, nr Newark. Please help us in supporting independent booksellers and keep an eye out for editions featuring a special Hull Noir author-signed bookplate.

All panels and events are free to access. Register via www.HullNoir.com

You’ll find the option to make a donation via PayPal to Hull Noir. All proceeds go towards future Hull Noir events. We’re working to keep Hull Noir on the road and any support you can give us is gratefully received.