Ellery Kane - By the Seat of My Pants! 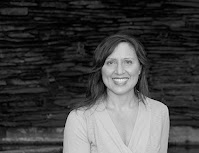 The phrase “flies by the seat of his pants” originated in the 1930s with Douglas Corrigan’s flight from the United States to Ireland. An airplane mechanic described Corrigan this way, meaning that he flew without instruments, a radio, or other technology to guide him. Today, we use the term to refer to someone who approaches life (or writing) in a carefree and impulsive manner, without much design or forethought. It is important to have the capacity to be both plotter and pantser. To have a plan but also to be able to think on your feet.

In my day job as a forensic psychologist, I am both plotter and pantser. When I travel to a prison to interview an inmate, it is essential that I have done my homework. I usually spend several hours reviewing an inmate’s file in advance of our interview so I can quickly pinpoint inconsistencies in his statements and identify areas for further exploration. I think of “plotting” as making a road map of the interview. The more I plan in advance, the smoother the interview will go, and the more I will learn in the limited time I have with the inmate. Early in my career, I made the mistake of failing to “plot” adequately before an interview. I found myself face to face with an elderly man who had murdered his wife when they were both in their fifties. He laid out his life story—his college degree; his happy marriage; his supportive children—but I was skeptical. When I returned home and reviewed his file in more detail, I learned that, in his five prior interviews, he had told five different stories about his life. And a sixth, in his interview with me. A definite failure to plot! Fortunately, since that time, I was able to interview him again on two subsequent occasions, and you can bet I came prepared.

Sometimes, in a forensic interview, I have to be a pantser. Even though I come to the table with an idea of where I want the interview to go and the topics I need to cover, I cannot be so rigid as to miss out on the breadcrumbs that just might lead to an important discovery. For example, an inmate once mentioned to me that he used a cell phone (illegally) to talk to his family during his mother’s recent illness. When I probed for more information about his activities on the telephone, he confessed that he had been online and had set up a Facebook page to meet women, claiming he was a rap artist. Later, when I investigated myself, I also found a GoFundMe page in his name. If I had stopped with his first answer and stuck to my “plot,” I never would have found the true nugget. His conning and manipulation of others.

In my life as an author, I am 95% pantser much to my own dismay. I start with an idea of the plot and the main characters. Sometimes, I create a rough sketch to chart my course, but I do not outline or plan scenes in detail. With Her Perfect Bones, the latest book in the Rockwell and Decker series, I began with the inspiration of the true life murder of Reyna Marroquín, a woman whose mummified body was discovered in a barrel thirty years after her death. Instantly, the image of a young girl came to me. I called her Shelby Mayfield, and she was afraid and confused and harboring a dark secret. She was on the run to the sleepy seaside town of Fog Harbor, the fictional town where my series is set. Once I started writing, Shelby’s story took on a life of its own. Often, when I write, I have no idea what will happen next. It is both terrifying and liberating. The more I learned about Shelby, the more I understood about her killer, and the rest of the plot began to take shape, revealing the twisted road that had led to Shelby’s death. For me, pantsing allows my characters to take the lead, while plotting can feel stifling. But be warned, pantsing is not without its pitfalls. There is nothing quite as horrifying as pantsing yourself right into a corner, which is why every pantser worth their salt needs two things: the favor of the writing gods and an unofficial plot consultant to help work out the kinks over a glass of wine. Cheers!

Her Perfect Bones by Ellery Kane (Published by Bookoutre) Out Now

The girl’s body is curled up like a shell and almost completely buried in sand. Only her fingertips can be seen, reaching helplessly up towards an escape she will never find…  Seventeen-year-old Shelby Mayfield sits alone on a bus to Fog Harbor, California. Aside from a few items of clothing, all she has with her is twenty-two dollars, the ragdoll she’s kept since kindergarten, and the devastating secret she’s been hiding.  How long will it be before her family realizes she’s gone?  Can anyone see the fresh bruise on her cheek beneath the makeup?  Perhaps she was a fool to believe the person she is meeting in this remote little town could help her…  When a girl’s body is found hidden in a barrel in a woodland cabin, the local police are at a loss. The film from an old camera found looped around her neck is their only lead, but Criminal Psychologist Olivia Rockwell’s blood turns to ice when she recognizes the ragdoll in one of the girl’s last photographs. She used to own one just like it, and it can only mean one thing: if she doesn’t dig deep into the mind of a deadly killer from her past—her own father—more innocent lives will be in danger…!

Forensic psychologist by day, author by night, Ellery Kane has been writing professionally and creatively for as long as she can remember. Real life really is stranger than fiction, so Ellery’s writing is often inspired by her day job. Before writing the Rockwell and Decker series with Bookouture, Ellery published the Legacy series for young adult readers and the Doctors of Darkness series of psychological thrillers. She was previously selected as one of ten semi-finalists in the MasterClass James Patterson Co-Author Competition. A Texan at heart, Ellery currently resides in the San Francisco Bay Area.