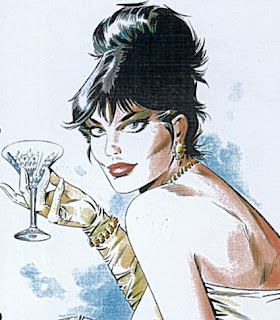 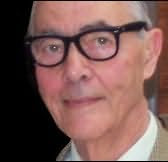 Peter O’Donnell the author of the iconic Modesty Blaise series has died at the age of 90. He was apparently suffering from Parkinson’s Disease. He died over the Bank Holiday Weekend and is survived by his wife and two daughters.

O’Donnell for a special feature that was included on the DVD release of his 2002 film My Name is Modesty Blaise. Tarantino has been a longstanding fan of the series and in the movie Pulp Fiction John Travolta's character can be seen reading a copy of one of the Doubleday editions of the books. The Modesty Blaise series was syndicated in over forty-two countries.

As well as the Modesty Blaise comic strip O’Donnell wrote the Daily Express adaptation of the James Bond novel Dr No, Garth and Romeo Brown. O’Donnell also wrote for television and screen and early in his career for a number of women's magazines and children's papers as well. His play Mr Fothergill’s Murder was widely performed in the 1980’s.

O’Donnell is said to have stated that he does not wish for anyone else to write any more Modesty Blaise stories.

The Times obituary can be found here.
Posted by Ayo Onatade at 00:22

Ayo, thank you so much for posting this.

There is so much that is so remarkable about Peter and his creations. I was honored to have known him, and will long remember him as a man with a wonderful imagination, insight, and integrity, and a fabulous sense of humor.

Thank you Ayo for a well researched and written obit.

Having known my namesake all of my life I can confirm that privately he was an incredible person. Fascinating, kind, modest and always thinking of others first. I never failed to have a 'good laugh' with him. I will continue to have a great affection for him.

With regards to Peter's work, what can I say! I can remember reading Garth in his Fleet Street office as a boy and from then on I was hooked. Objectively speaking I find his writing compelling and his storytelling ingenious.

I can't confirm that Peter didn't want anyone to write any further stories about Willie and Modesty. Actually he mentioned to me that there was a significant gap between Cobra Trap and the preceding novel that was begging to be filled.

Jan: Thank you for your kind words. I know your books had pride of place in his bookcase. He always spoke very fondly of you m'lady.