Big push for C J Box in the UK 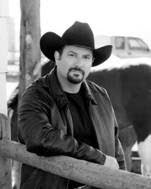 On 10th December 2010 Corvus announced an unprecedented roll-out of twelve new books by the multi award-winning US crime writer C.J. Box in a single year.

Corvus is set to publish one book a month from Box’s New York Times bestselling ‘Joe Pickett’ series in 2011. Together with the paperback publication of the 2009 Edgar award-winning Blue Heaven in January and a new stand-alone novel in August, the ground-breaking venture shows a major commitment by Corvus to publishing C.J. Box in the UK. It will be supported by an intensive year-long publicity and advertising campaign and major book trade promotions.
C.J Box is the winner of the Anthony Award, the Prix Calibre 38, the Macavity Award, the Gumshoe Award, the Barry Award and the 2009 Edgar Award for Best Novel. His novels are US bestsellers and have been translated into 21 languages. Box lives with his family outside of Cheynne, Wyoming. He can be found at http://www.cjbox.net/

Publisher Nicolas Cheetham says: ‘Every crime writer needs a series character, and Corvus has the great pleasure of introducing Joe Pickett to the growing number of C.J. Box’s British fans. The Joe Pickett books are addictive, each instalment surpasses the last, and that’s saying something when the first book, Open Season, won nearly every crime writing award in the USA. You shouldn’t have to wait for something this good, so we’re publishing the Pickett novels in quick succession. The best way to watch a hit TV series is to buy the box set and watch them all at once… Why shouldn’t it be the same for books? In more ways than one, this is the ultimate Box set.’ Cheetham first introduced C.J. Box to the UK, acquiring three stand alone novels, when he launched the Corvus list in 2009. Box’s use of very normal everyday characters placed in extraordinary situations has already proved a big hit with male and female readers in the US. Now, his captivating, morally complex and exceptionally written series featuring Wyoming game-warden Joe Pickett should find a broad and dedicated fan base – and as Cheetham says ‘should catapult him into the major league of thriller writers in the UK.’

C.J. Box will make his first ever UK tour in July 2011 and will appear at Theakstons Old Peculier Crime Writing Festival in Harrogate in the run up to the publication of his new stand alone book, Back of Beyond.

A review of his standalone novel Three Weeks to say Goodbye can be found here on the Shotsmag ezine along with the accompanying feature on the book by the author.

For all media enquiries please contact Annabel Robinson at FMcM Associates on 020 7405 7422 or email annabelr@fmcm.co.uk
Posted by Ayo Onatade at 14:38