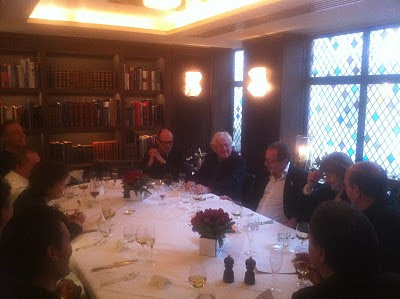 I was delighted to read renowned US Thriller Critic Patrick Anderson state in his review of the Minotaur Books US release of ‘Dead Like You’ at The Washington Post –
Peter James's novels about Detective Superintendent Roy Grace have been bestsellers in England but have had little impact in this country. That could change with the publication here of the sixth in the series, "Dead Like You." It's a remarkably inventive story of sexual obsession, possibly the most engrossing thriller since Thomas Harris's "The Silence of the Lambs."
At its most obvious level, the novel is a realistic police procedural in which Grace heads the investigation of a series of attacks on women in and around Brighton, England. The narrative alternates between past and present, as the younger Grace investigates a series of rapes - and a murder - from a dozen years ago, and also similar attacks in the present that may be the work of the same criminal. As we move between past and present, we also move between Grace and his fellow officers, the rapists (for there prove to be two or more at large) and the victims of the attacks. We see the police frustrated by a lack of clues, even as the criminals methodically stalk their victims.
Read the full review here

I especially enjoyed the closing comments, due to my love of existential themes in crime fiction -
Finally, when all is revealed, he pulls a switcheroo as unsettling as Dennis Lehane's at the end of "Shutter Island."
James also plays games inspired by American crime fiction and movies. One woman, seized by a rapist, recalls the horrors in "The Silence of the Lambs" - and, when she escapes, her captor pursues her while wearing night-vision binoculars, just as Buffalo Bill pursued Clarice Starling in a pitch-black basement. And is it pure coincidence that one of the possible rapists is named Starling? One of them dresses in women's clothing to better stalk his victims, calling to mind Brian De Palma's "Dressed to Kill." Other scenes recall Norman Bates in Hitchcock's "Psycho" and the amusement-park murder in "Strangers on a Train."
The complexity of James's narrative sustains suspense in a long novel, even as his occasional fun and games offer relief from its tensions. As with "The Silence of the Lambs," we sense a formidable intelligence at work, conjuring up a novel that's riveting, perverse and potentially as objectionable to some readers as it will be fascinating to others.
So if you have yet to explore the work of Peter James, Shots Ezine have a feature on how James wrote ‘Dead Like You’ – here, as well as comprehensive interview with him - here
Photo © 2010 Ali Karim “Peter James’ annual Christmas Dinner with UK literary Critics at The Ivy in London”
Posted by Ali Karim at 10:00