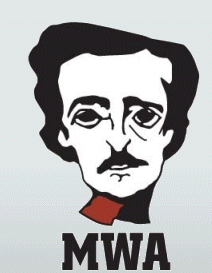 December 12, 2014 – New York, NY – Lois Duncan and James Ellroy have been chosen as the 2015 Grand Masters by Mystery Writers of America (MWA).  MWA's Grand Master Award represents the pinnacle of achievement in mystery writing and was established to acknowledge important contributions to this genre, as well as for a body of work that is both significant and of consistent high quality.  Ms. Duncan and Mr. Ellroy will be presented with their awards at the Edgar Awards Banquet, which will be held at the Grand Hyatt Hotel in New York City on Wednesday, April 29, 2015.

When told of being named a Grand Master, Duncan said, "I'm stunned and overwhelmed by this incredible honour!  To have my own name included on this illustrious list of my idols--Agatha Christie, Ira Levin, Stephen King, Tony Hillerman--is something I could never have imagined.” 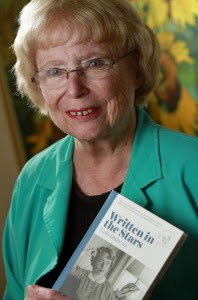 Lois Duncan published her first short story in a national magazine when she was thirteen, and her first novel, Debutante Hill, at age eighteen.  Early in her career, Duncan primarily focused on romance novels for teens and pictures books for children.  In 1966, Duncan published two novels that revolutionized the world of young adult fiction: Point of Violence and Ransom.  Prior to these two novels, most fiction aimed at young adults was filled with ‘lessons to be learned’ and two-dimensional lead characters.  Duncan changed that, using the realistic viewpoint she had brought to her earlier romance novels, presenting her main characters with choices and decisions that had consequences, paving the way for many other young adult authors that followed.  She never shied away from social issues in her work.  Daughters of Eve tackled societal sexism; Killing Mr. Griffin the pressure placed on teens to perform and get into good colleges, and I Know What You Did Last Summer dealt with the Vietnam War and society’s reactions to it, plus the struggles of returning veterans.  She was nominated several times for the Edgar Award for Best Juvenile, and her books have been made into films.  Ms. Duncan was also a long time writing instructor at the University of New Mexico. 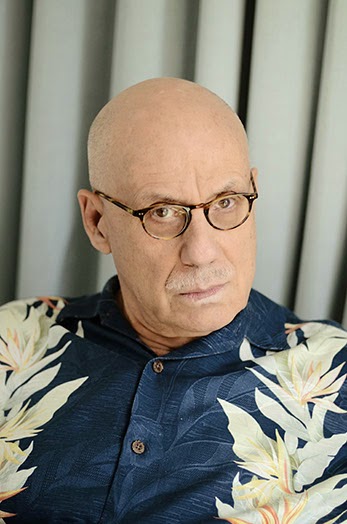 Few crime writers have received the acclaim and recognition that newly named Grand Master James Ellroy has received in his three-decade-long career.  Ellroy’s work has long been recognized as the worthy successor to such classic crime writers as Chandler, Hammett, and Cain.  Ellroy managed to combine noir and hard-boiled crime fiction with a literary style that has influenced other mystery writers as well as impressed critics.  His Los Angeles is a dark place brimming with sexism, crime, homophobia, and racism.  Ellroy confronts these issues in all of their ugliness with brutal honesty.  Ellroy doesn’t pretend that the past was a pretty place.  His characters live on the page, warts, and all, and he has experimented with style, point of view, and language in a way that doesn’t interfere with the rapid pace of his stunning plotting.  Several times his work has been filmed.  L. A. Confidential may be one of the best crime films ever made.

Upon learning he was named a Grand Master, Ellroy said, “This is a splendid honour; it lauds my career to date and spurs me on to stay young, healthy, and productive.  The Mystery Writers of America: ever honourable, ever grand in their contribution to the craft of crime writing.”

The Raven Award recognizes outstanding achievement in the mystery field outside the realm of creative writing.  Two Raven Awards will be awarded in 2015: one to the Jon and Ruth Jordan and the other to Kathryn Kennison.

It’s impossible to overstate the passion that Jon and Ruth Jordan have for mysteries.  The 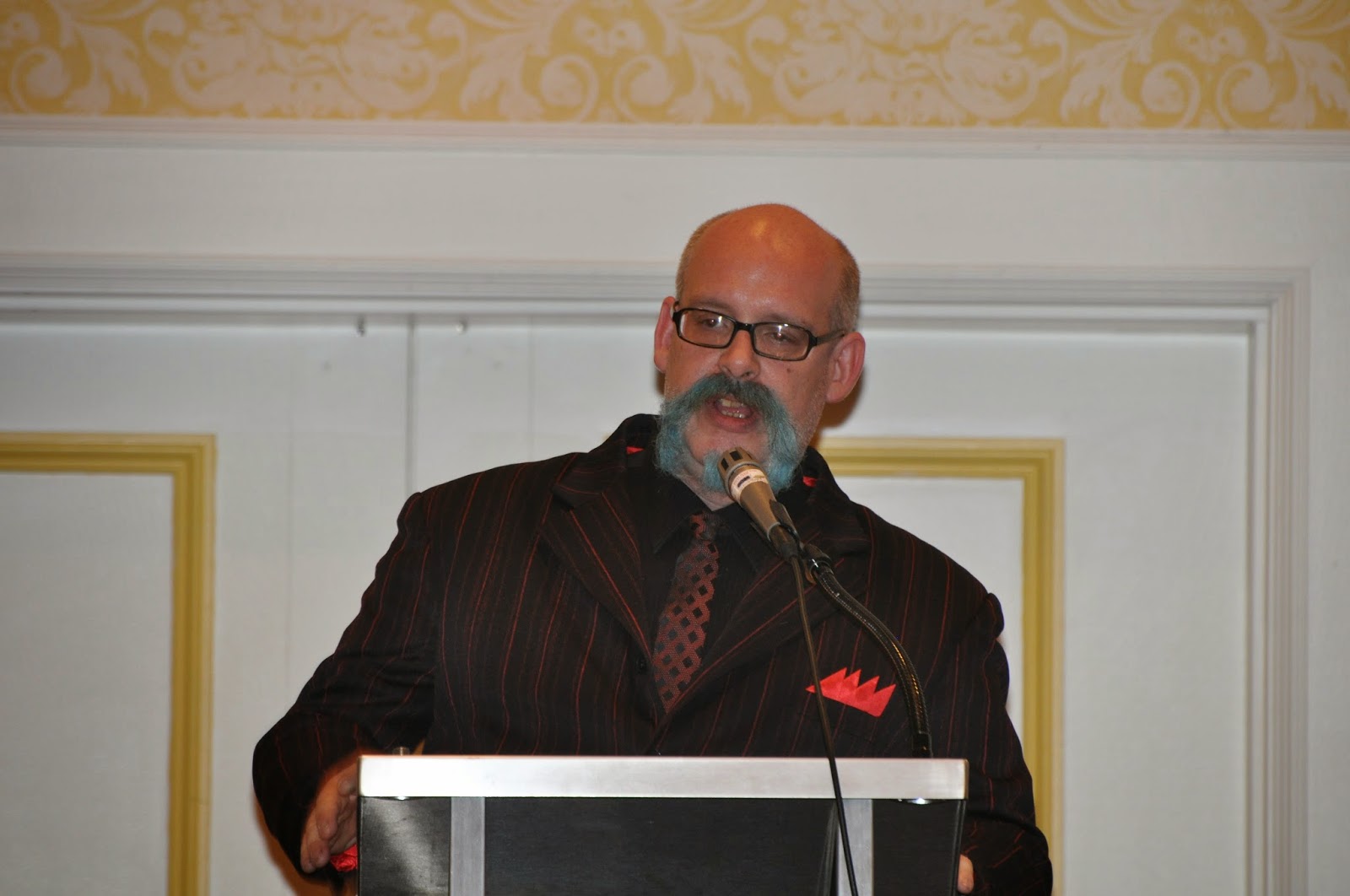 two founded Crimespree Magazine in 2004, a bimonthly print magazine with a devoted following.  Unlike some publications, which cater to a particular niche in crime fiction, Crimespree is meant for readers across the mystery spectrum, from cosy to noir, and the magazine is devoted to promoting writers who are not (yet) household names.  Crimespree Magazine also sponsors the Crimespree Awards, honouring excellence in the genre.

The Jordan’s have been heavily involved with the Bouchercon World Mystery Convention, too, having first met at Bouchercon in 1999.  Ruth Jordan co-chaired Bouchercon Baltimore in 2008.  Jon Jordan chaired Bouchercon St. Louis in 2011, and the two of them, with Erin Mitchell, will co-chair the St. Petersburg convention in 2018.

Their volunteer contributions have even extended to planning the convention programming 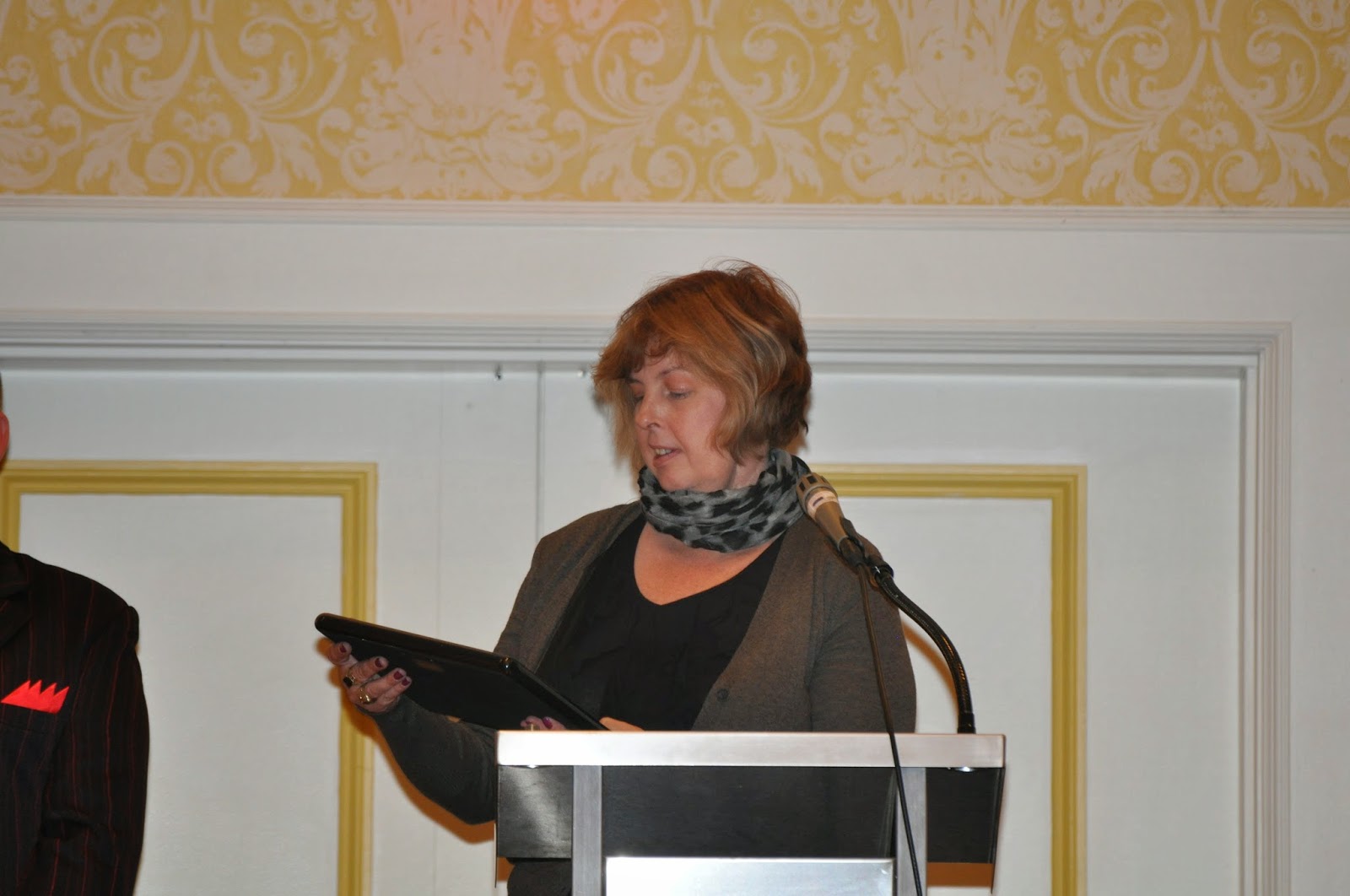 When advised they would receive the Raven Award, they said, “Given the list of people who have been given this award, it is humbling and an honour to be asked to join this group.  We’d also like to note that we squealed and did a little dance when we found out, though we won’t be doing this dance in public.”

Kathryn Kennison is the founder and heart and soul of Magna cum Murder, a well-regarded midwestern mystery conference celebrating its 20th anniversary this year.  Magna’s start can be traced back to 1993 when Kathryn pitched the idea of putting together a three-day mystery conference in Muncie, Indiana.  What Kathryn envisioned a "sedate weekend affair" with about 65 people including 3 or 4 authors ended up as a party with 265 registered guests including 40 authors, and the festival has only grown since then.  In 2013 the convention was moved to downtown Indianapolis where there is a larger population.  Guests of honour have included Alexander McCall Smith, Mary Higgins Clark, Donald Westlake, Sara Paretsky, Michael Connelly, and Harlan Coben, Sue Grafton, Lawrence Block, Louise Penny, Ruth Dudley Edwards, Charles Todd, Jeffrey Deaver, William Kent Krueger and John Gilstrap.  It has retained its roots as a fan festival.  Kathryn said, “As a natural-born hero-worshipper, my champions always have been storytellers, so being selected by Mystery Writers of America to receive the Raven award is more humbling and gratifying than I can begin to describe.  I'm so very proud, honoured, and indebted to you.  ‘Thank you’ seems so inadequate, but I offer my most profound thanks.”

The Ellery Queen Award was established in1983 to honour “outstanding writing teams and outstanding people in the mystery-publishing industry”.  This year the Board chose to honour Charles Ardai, editor of Hard Case Crime.  Hard Case Crime debuted in 2004, as an homage to the great pulp fiction paperbacks of the 1950’s and 1960’s (the ‘golden age of paperbacks’); the very books that helped shape and influence many generations of crime writers as well as the genre itself.  Launched by Ardai and Max Phillips, Hard Case almost immediately had an impact on the crime fiction world—Domenic Stansberry’s The Confession won the Edgar Award for Best Paperback Original and several others were nominated in the years following.  The publishing company has also brought back into print forgotten gems by Donald Westlake, Erle Stanley Gardner, Harlan Ellison, Pete Hamill, and Lawrence Block.  In the decade since its launch, Hard Case has published over 100 books and has also produced some excellent new titles, making short lists for almost every award in the mystery genre.  Their list looks like a who’s who in American crime fiction.  On learning he would receive the Ellery Queen Award, Ardai said, “Ellery Queen has always been my model of what an editor should be: informed, engaged, ambitious, clever, a passionate evangelist, possessed of excellent taste, and gifted at unearthing wonders.  To receive, for my own editing, the award that bears his name is that rarest of things in our profession: an honour beyond words.”

The Edgar Awards, or "Edgars”, as they are commonly known, are named after MWA's patron saint Edgar Allan Poe and are presented to authors of distinguished work in various categories.  MWA is the premier organization for mystery writers, professionals allied to the crime-writing field, aspiring crime writers, and those who are devoted to the genre.  The organization encompasses more than 3,000 members including authors of fiction and non-fiction books, screen and television writers, as well as publishers, editors, and literary agents.

For more information on Mystery Writers of America, please visit the website: www.mysterywriters.org