Books to Look forward to from Head of Zeus 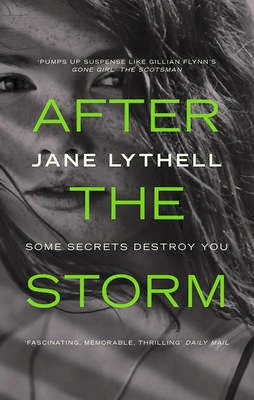 Some secrets destroy you.  Rob and Anna have only just met Owen and Kim.  Now they've boarded their handsome old boat to travel to a far off island in the Caribbean.  With only the four of them on board, it should be paradise: lazy afternoons spent snorkelling; long nights enjoying the silence and solitude of the sea. But why does Owen never sleep?  Why is he so secretive about his past?  And why does Kim keep a knife zipped into her money-belt?  Anna can usually get people to talk...but this time, does she want to?  After the Storm is by Jane Lythell and is due to be published in January 2015.

The Absolution is by John Holt and is due to be published in May 2015.  The Rendition - An Italian Muslim has been snatched by the CIA.  His crime: a plot to engulf Venice in flames.  The Gossip - Carnivia is awash with rumour and speculation.  Have the CIA extradited an innocent man?  The Evidence - Holly and Kat must find the powerful men who truly run Italy.  But time is running out to save their city.  The Atrocity - will destroy it all.

Jim says he's an undercover policeman.  His daughter Sam thinks he's a liar.  On holiday in 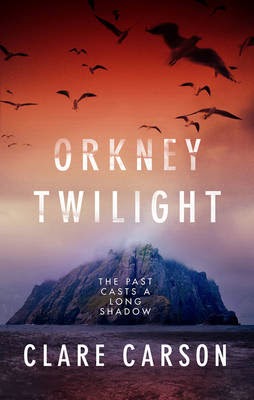 Orkney, beneath an endless midsummer sky, Sam spies on Jim as he runs secretive errands across the island.  What did he take from the old watchtower on the edge of a cliff?  Why is he so interested in Norse mythology?  And why does Sam have the eerie feeling that she too is being watched?  When Sam finally discovers the truth, it will draw her into a dangerous world of darkness and deception...  Orkney Twilight is by Clare Carson and is an original and haunting thriller about fathers, daughters, and the ghosts of the past.  It is due to be published in April 2015. 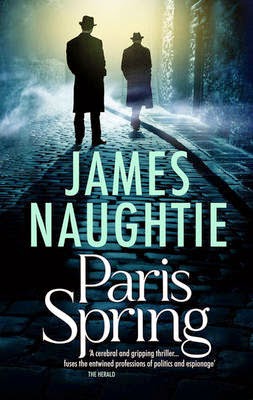 Paris Spring is by James Naughtie and is due to be published in March 2015.  Paris in 1968 - seething with revolutionaries and spies - sees Will Flemyng's world turned upside down, after a mysterious encounter on the metro and a chance revelation from a rival operative.  In a city alive with talk of revolution, Will finds himself in the thick of the action, a young spy whose first adventures behind the Iron Curtain have already given him a secret glamour.  But now he gets news that threatens the closest and most complicated relationship in his life, with his younger brother.  In the unforgettable weeks of a crisis that claims blood and tests his deepest loyalties, Flemyng lives and loves the tumult of a city in which his private fears teach him the secrets that lie beneath the raucous politics of the streets.  This is the making of the man whose journey leads to The Madness of July - Will Flemyng, trapped with his friends and enemies in The Paris Spring.

City players know they aren't well liked in Greece, but they never expected to face death on the football pitch.  Scott Manson and London City are in Athens battling for the UEFA Champion's League title.  The situation in Athens is tense, and some of City's players are so unpopular in Greece they've been assigned bodyguards.  Karaiskakis Stadium is packed to the rafters when tragedy strikes.  Christoph Bundchen collapses and dies mid-match.  Is it a heart attack?  Or something more sinister?  The team have a crucial match in England - but they can't go home until the investigation is complete.  The Greek authorities are dragging their heels...Can Scott Manson find the truth and get the team home in time? Hand of God is by Philip Kerr and is due to be published in June 2015.

Border Angels is by Anthony Quinn and is due to be published in January 2015.  A charred 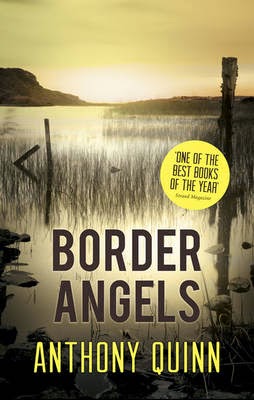 corpse and a set of footprints in the snow lead Celcius Daly into the twilight world of people trafficking.  Inspector Celcius Daly is hunting for a missing woman, Lena Novak, who mysteriously disappeared one winter's night along the Irish border, leaving in her wake the corpses of two men.  Daly finds himself hooked together with a prostitute and a hit man in a life-or-death chase.  His investigation leads them deep into border country, a wild terrain of disappearing lanes and blown-up bridges, abandoned ghost-estates and thick forests - the ultimate refuge for anyone who does not want to be found.

Detective Inspector Hanlon is back.  She's been promoted and now she goes undercover in Oxford to find the sadomasochistic killer of two students.  Philosophy lecturer Dr Gideon Fuller, with his penchant for high-end sadistic sex, is in the frame, but Hanlon is not convinced.  From the specialist brothels in Oxford and Soho, to the inner sanctum of a Russian people trafficker with a taste for hurting women, the trail leads Hanlon deeper and deeper into danger - until she herself becomes the killer's next target.  Cold Revenge is by Alex Howard and is due to be published in March 2015. 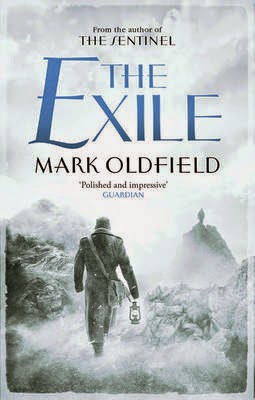 The Exile by Mark Oldfield is the second instalment in a trilogy that unlocks the dark heart of Spain, weaving past and present together to portray a country still scarred by civil war, still riven by fear and hatred, still plagued by secrets that refuse to die.  1954: Comandante Guzman has been posted deep into the Basque country to confront a man known only as 'El Lobo'.  High in the mountains, Guzman will have to fight for his life, not only against El Lobo, but also against someone who has been searching for him for a very long time...2010, Madrid: Forensic Investigator Ana Maria Galindez has spent seven months in hospital recovering from the blast that nearly killed her.  Her obsession with Guzman's fate has disturbed long dormant forces.  Now she shall reap the consequences: she will be purposely humiliated, abandoned by colleagues and friends, accused of murder...and worse.  The Exile is due to be published in April 2015. 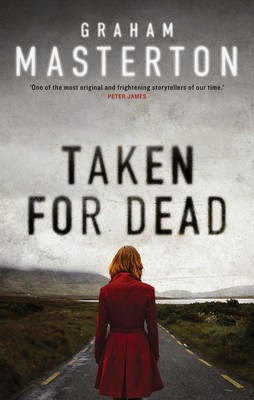 due to be published in February 2015.  It is a sunny Saturday in county Cork, and an Irish wedding is in full swing.  Drunk uncles are toasting the bride.  The Ceilidh band have played for hours.  But the cutting of the cake will bring the wedding to a horrifying end.  For there, grinning gruesomely up from the bottom tier is the severed head of the local baker.  Katie Maguire, of the Irish Garda, does not have any leads - until another local businessman goes missing in horrific circumstances.  The murders appear to link to The Kings of Erin, a terrifying gang of torturers and extortionists.  But these are dangerous men.  And they will stop at nothing to throw Katie off the trail...

Gower Street: 1883.  March Middleton is the niece of London's greatest (and most curmudgeonly) personal detective, Sidney Grice.  March has just discovered a wealthy long-lost relative she never knew she had.  When this newest family member meets with a horrible death, March is in the frame for murder - and only Sidney Grice can prove her innocence.  Grice agrees to investigate (for his usual fee) but warns that he is not entirely convinced of her innocence.  If he were in her position, he might have been tempted.  But the more he uncovers, the more all the clues point to Grice himself...  Death Descends on Saturn Villa is by M R C Kasasian and is due to be published in June 2015. 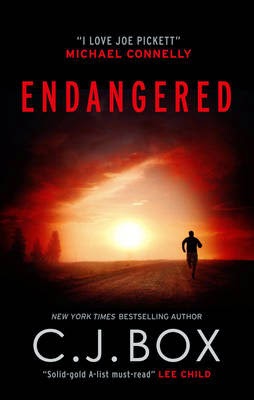 Joe Pickett has good reason to dislike Dallas Cates, rodeo champion.  Now he has even more reason - Joe's eighteen-year-old foster daughter April has run off with him.  And then comes even worse news: the body of a girl has been found in a ditch along the highway - alive, but just barely, the victim of blunt force trauma.  It is April, and the doctors don't know if she'll recover.  Cates denies having anything to do with it - says she ran off from him, too - but Joe knows in his gut who's responsible.  The problem is that there's no proof, and when Joe sets out to find some he faces terrifying opposition: the entire Cates clan, including two notoriously violent brothers and a mother like no one Joe has ever met.  But Joe's going to find out the truth, if it kills him.  And this time, it just might.  Endangered is by C J Box and is due to be published in March 2015.

She's only alive because he thinks she's already dead...Everyone in the quiet Jersey Shore town of Silver Bay knows the story: on a Sunday evening in September 1991, Ramsey Miller threw a block party, then murdered his beautiful wife and three-year-old daughter and disappeared...But everyone is wrong.  Ramsey's daughter got away.  Meg, now known as Melanie, has lived in isolation, protected by her adoptive aunt and uncle.  Now she is nearly eighteen and sick of hiding.  Melanie's determined to confront her father, but can she find him before he finds her?  Before He Finds Her is by Michael Kardos and is due to be published in February 2015. 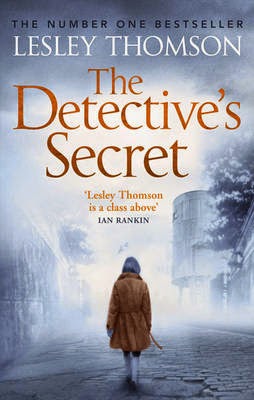 The Detective’s Secret is by Lesley Thomson is due to be published in April 2015.  October 1987: as a hurricane sweeps through Britain, a man's body slowly rots, locked inside an old water tower in west London.  He carries no identification and fits no missing persons' description.  His corpse is never claimed.  October 2013: the month of the great storm of St Jude.  A man dies beneath a late night Piccadilly line train.  His brother insists he was murdered, but Jack, a train driver, is sure it was suicide.  Jack and Stella uncover the secrets of the case - but Jack is carrying a secret of his own...