Past Tense with Elly Griffiths 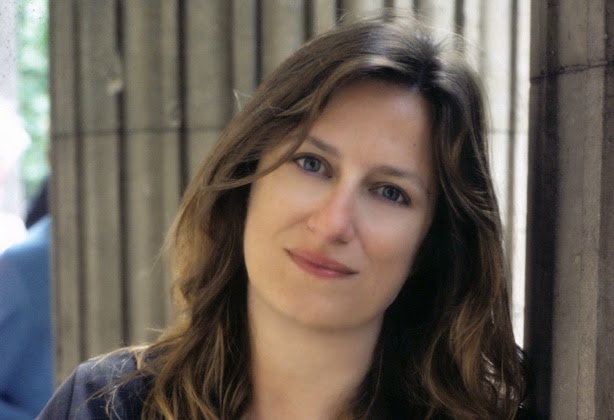 She looks.  The man is still watching her.  She waits.  He’s still there.  Should she take her chance?  She runs.

In some ways the present tense seems the obvious choice for crime fiction.  It’s immediate, it’s compelling, and it has the added advantage of not giving anything away.  As soon as you use the past tense, you are removing the reader from the action.  It’s like that fantastic first-person essay you wrote when you were 12.  The one where the narrator dies horribly and your teacher says, ‘So who was telling the story then?’  With the past tense there’s always the implication that someone was left alive, like Horatio in Hamlet, to tell the story.

When I wrote The Crossing Places, my first crime novel, I had already ready published four books under my real name Domenica de Rosa (I know it sounds made-up).  These books fell into that vague category that ranges between ‘chick lit’ and ‘women’s fiction’ and they were all written in the present tense, which seems the norm for the genre.  Not one critic ever commented on this.  Mind you, not many critics read the books.  It is almost impossible to get reviews for women’s fiction.  I used to wonder if anyone, apart from my close family, ever read the books.  Looking at the sales figures, the answer is probably no.

When I started The Crossing Places, it seemed natural to write in the present tense.  I didn’t at first realise I was writing a crime novel and there is certainly a ‘women’s fiction’ element to the book.  But, if I had thought about it, I would have thought that the present tense was ideal for crime.  ‘She looks, she gasps, she runs etc etc’.  However, when the book came out, I was astonished to see that many of the reviews mentioned the present tense.  Actually, I was astonished to see reviews at all.  That’s the lovely thing about crime; you know people are reading it.  There are bloggers and reviewers – people who are extremely knowledgeable and enthusiastic about the genre – who actually read books by new authors.  It’s amazing.  Anyway, a lot of these people mentioned how unusual it was to read a crime novel written in the present tense.  Most people liked it but there were some reviewers on Amazon who boasted that they were unable to read more than a page written in this outlandish style.  This didn’t stop them giving the book a one star review though.

I was surprised by the reaction to the tense (but delighted that so many people seemed to like Ruth, the protagonist).  I wondered if I should switch to the past for the next book.  Because that’s the other lovely thing about crime readers, they like a series.  But, in the end, I was worried that I wouldn’t be able to get the tone right if I changed tenses.  But, six Ruth books later, when I decided to write something different, I made a decision.  This book would be set in the past and it would be written in the past tense.

The Zig Zag Girl is set in the theatrical world of the 1950s.  Writing a historical novel (even 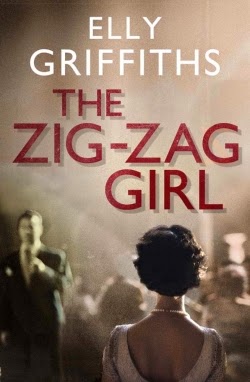 one set in the fairly recent past) involves a complete change of mind-set: no mobile phones, no computers, and very few private cars, wireless instead of television.  Using the past tense seemed to suit this new way of thinking and it reflected the slightly melancholy mood of the book.  Because, with the present tense, you can never say things like, ‘And now, years later, he was tormented by the fact that he could not remember whether she ever said ‘I love you’ back.’ With the past tense you can look back with the benefit of hindsight and that’s a lot of fun for a writer.

Do I prefer the past or the present?  I’m not sure.  The present is dramatic and it allows you to differentiate easily between action and flashback.  The past is more elegant, it allows you to muse and ponder, to reflect on the ironies of life.  It can be exhausting to read a book written in the present tense, like being endlessly buffeted by waves, no time to draw breath, always the danger of slipping under the water.  But the present tense makes you feel involved.  I sometimes wonder if is it part of the reason why people have taken Ruth to their hearts.  We share Ruth’s experiences in real-time, they are not filtered back to us by the forgiving past tense.

So, for the moment (the present moment, that is), I’ll stick to the present for Ruth and the past for Edgar and Max.  Because that’s another wonderful thing about the world of crime fiction – there’s room for everyone.

When the body of a girl is found, cut into three, Detective Inspector Edgar Stephens is reminded of a magic trick, the Zig Zag Girl.

The inventor of the trick, Max Mephisto, is an old friend of Edgar’s.  They served together in the war as part of a shadowy unit called the Magic Men.

Max is still on the circuit, touring seaside towns in the company of ventriloquists, sword-swallowers, and dancing girls.  Changing times mean that variety is not what it once was; yet Max is reluctant to leave this world to help Edgar investigate.  But when the dead girl turns out to be known to him, Max changes his mind.

Another death, another magic trick: Edgar and Max become convinced that the answer to the murders lies in their army days.  When Edgar receives a letter warning of another ‘trick’, the Wolf Trap, he knows that they are all in the killer’s sights…
Posted by Ayo Onatade at 16:48

I understand your argument for present tense, but I personally find it awkward and pretty much unreadable. I recently tried to read The Wind is Not A River, a WWII novel, but in present tense it defeated me. As much as I wanted to read it, I only made it about a quarter way through. So while your argument works for you as a writer, I'm not sure how well it works for the greater reading public at large.

I can only say that it is the author's choice. It does work for some and not for others.