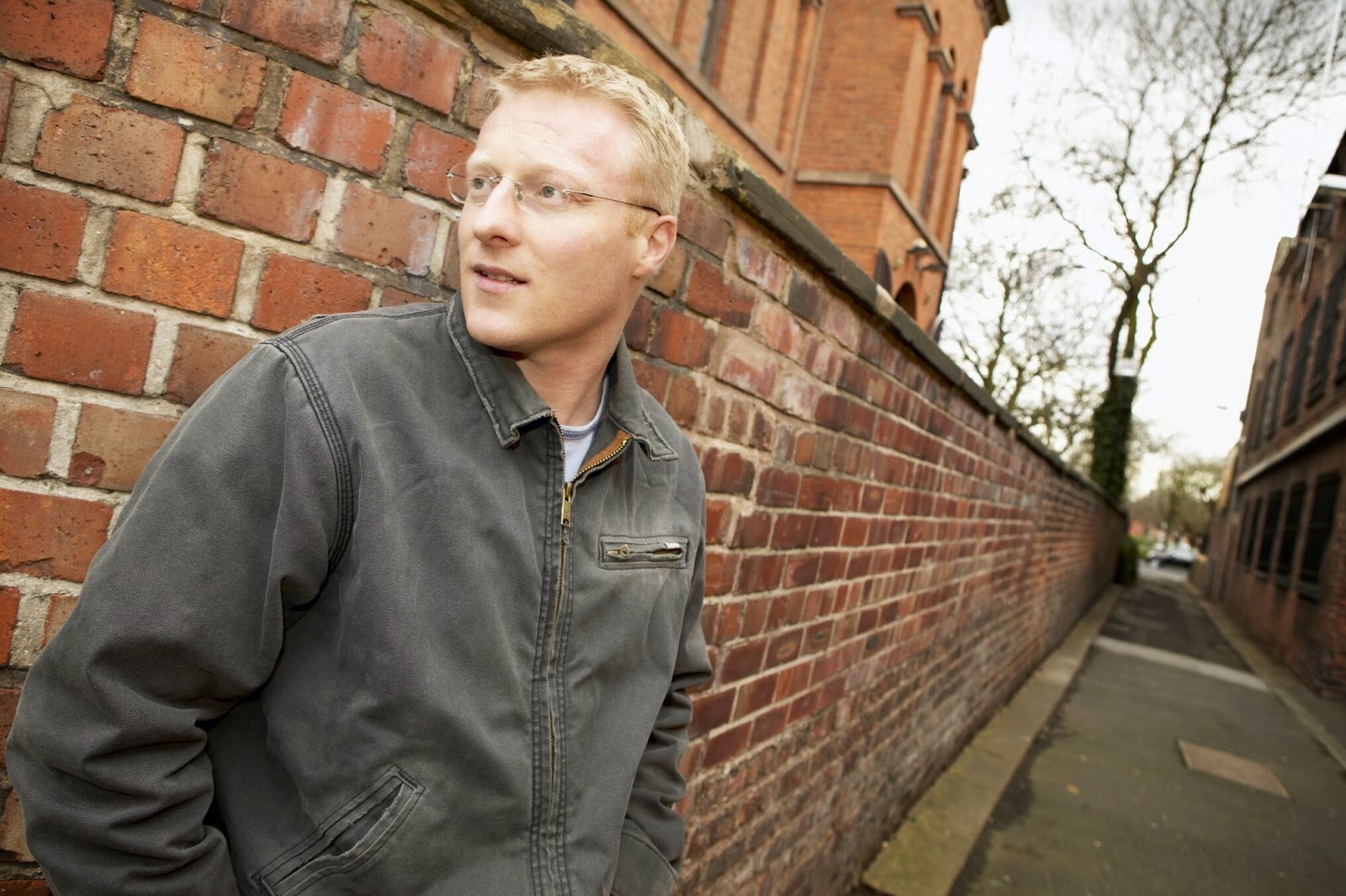 Chris Simms is the acclaimed author of the Manchester-based DI Spicer series, and more recently, the DC Khan series, set in the same city.  Chris was named as one of Waterstone’s 25 authors of the future.  His novels continue to win awards and gather critical acclaim.  Chris talks to Nick Quantrill about his work.  Nick Quantrill is a Hull based author whose Joe Geraghty novels are published by Caffeine Nights.

Nick - “Sleeping Dogs” is your seventh in the DI Spicer series.  Can you tell us a little about it?

Chris - The action is split between Jon Spicer’s stomping-ground, Manchester, and a community out in the wilds of Galway, Ireland.  Events are sparked by the appearance of a huge fighting dog in Spicer’s local park.  Only the intervention of the family’s pet Boxer, Punch, saves Jon’s young daughter from being horrifically mauled.

Jon then finds evidence of a link to Ireland and realises the attack had been carefully planned by people who know exactly where he lives.  It’s every policeman’s worst nightmare.
In previous Spicer novels, I’ve built up Jon’s back-story – including the fact his great grandfather, Padraig, was an Irish navvy who fought his way out of the slums of 19th century Manchester through bare-knuckle fighting.  I wanted to explore Jon’s family history in Sleeping Dogs – and disturbing long-buried secrets seemed the ideal way to do it. 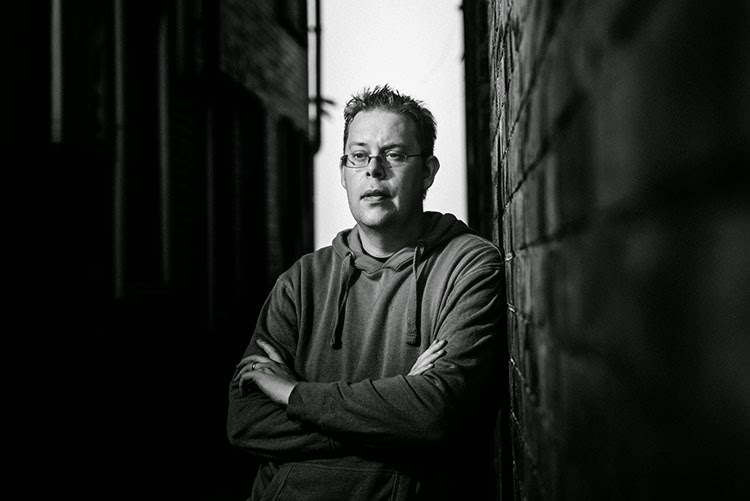 him even more that you have previously?  His personal life, always a strength of the series, seems to be particularly tested.

Chris - Yes, I purposefully took him out of his comfort zone to see how he fared in a foreign country with all sorts of cultural issues to contend with.  What I didn’t want to do is take the easy option and give his enemies paramilitary links: it had to be more subtle – and personal – than that.

Nick - After setting the first six books in the series in Manchester, did you find it a challenge to write about a different place, or did it enable you to find new aspects of Spicer’s character?

Chris - The part of Ireland Spicer ends up in is rugged and raw.  I love landscapes like these and, during the course of the novel, found myself painting parallels between the terrain and Spicer.  Galway’s coast is regularly battered by vicious storms; Spicer gets similar treatment at one point from the locals he’s tangling with.

Chris - I suppose so – though it wasn’t planned this way.  Until recently, the publishing industry giveth, and the publishing industry taketh away.  As an author, you did as you were told if you wanted to keep writing.  Now, if an author and publisher don’t see eye-to-eye, the author has the option of going it alone.  I knew “Sleeping Dogs” was a cracking read – possibly the best Spicer yet – so I couldn’t bear to abandon it.  That’s why, for me, the emergence of independent publishing has been a lifeline.  Only a few years ago, “Sleeping Dogs” would never have seen the light of day.  Obviously, this all represents a huge loss of power for publishers.

Nick - What were the challenges and pleasures of publishing “Sleeping Dogs” yourself? 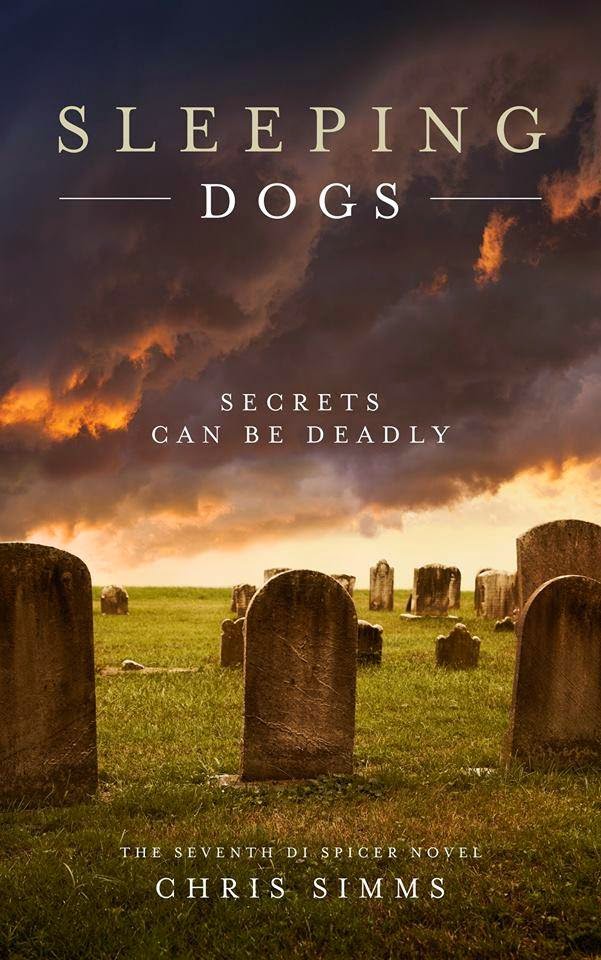 Independent publishing lets you rediscover all of that.  It’s hugely exciting.  Yes, it forces you to do things like marketing and publicity you previously hoped the publisher was attending to.  Yes, you have to agonise over what price to charge.  But unlike publishers, I’m not trying to protect my book printing business: so my eBooks cost just £2.99.  What’s so liberating is that more people are buying copies of my eBooks now than ever before.  As a result, I’ve been able to bring out print copies too.

Nick - What’s next for Spicer?  Can we expect more of his investigations, or is his race run?

Chris - I’ve given up trying to predict events in this game!  “Sleeping Dogs” ends with the door wide open for more DI Spicer.  DC Khan - as a female struggling in the macho environment of the Counter Terrorism Unit - continues to intrigue me.  But I’ve also written a novel-length ghost story; “Sing Me To Sleep” launches soon – and it combines the pace of a crime novel with the suspense of a supernatural thriller.  Ideally, I’ll find a way to continue with all three types of book.

More information about Chris Simms and his books can be found on his website.  You can also find him on Facebook.