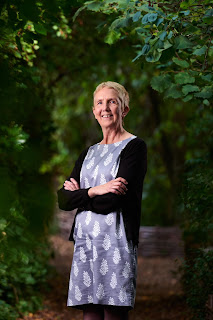 One of the UK’s leading literary festivals is hosting an inaugural Library Conference.

Up to 100 library professionals from across the country are invited to attend the one-day event to be held at the 2019 Theakston Old Peculier Crime Writing Festival this July.

Keynote speakers include chief executive of Arts Council England, Darren Henley OBE. Also speaking is leading crime author and advocate for libraries, Ann Cleeves, whose Vera and Shetlands series were adapted for ITV and the BBC.


The festival has a long tradition of working with libraries as part of its year-round outreach and educational work. Ten years ago, the festival invited Ann Cleeves to become its first Reader-in-Residence. This year it will deliver its 11th annual Big Read, supported by the Arts Council, with current Reader in Residence, author Mari Hannah.


The Big Read aims to encourage crime fiction fans and entice reluctant readers, to read and discuss the same book and utilise their local library service. It takes place from June 3-14 in libraries across Yorkshire and the North East with 1,500 free copies of Michael Connelly’s The Black Echo donated by publisher, Orion.  Last year, The Big Read featured James Patterson’s Along Came A Spider.

James Patterson will make a rare UK appearance on the day of the Library Conference as Special Guest of the 2019 Theakston Old Peculier Crime Writing Festival. The American publishing giant has been the most-borrowed author of adult fiction in UK libraries for the past 11 years in a row.


James Patterson said: “I was thrilled that Along Came a Spider was chosen as the Big Read at last year’s festival and taken on the road by Mari Hannah to libraries across the North. I firmly believe that better readers become better thinkers, and libraries and book festivals play a key role in spreading the joy of reading." 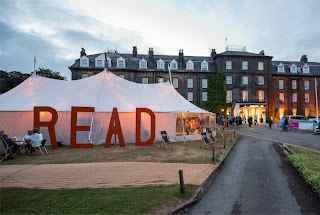 audiences to libraries led by Stewart Bain. The former senior library assistant at Orkney Library was dubbed ‘Twitter’s favourite librarian’ by The Times. Bain’s posts on Twitter put Orkney Library on the map, attracting more than 28,000 followers and luring authors such as JK Rowling. He won Librarian of the Year in 2016.

Stewart Bain said: “Crime fiction is the most borrowed genre in libraries. It is accessible, popular and offers a gateway into reading, so hosting the Library Conference at the biggest festival for the genre is very exciting. Having a vocal ambassador like Ann Cleeves, a champion of libraries and their importance to our communities, is a real morale boost for those working in a sector that’s increasingly under pressure.”

Panels will also look at engagement in the modern world, and how libraries can engage with publishers and build relationships.

Beth Walker, Marketing and Communications Coordinator at Harrogate International Festivals, said: “We’re passionate about promoting reading, and the importance of libraries within communities. One of the things we discovered with our work with libraries around the Big Read was how much pressure is on librarians to deliver so much with so few resources. Despite the enormous challenges at a time of brutal cuts in the last decade, library professionals have enormous passion for their vocation. We wanted to give them a platform that showed they were valued in the literary community, and to use learning from the conference to build on our outreach work to help support and safeguard their future.”

Attendees will be offered a free ticket to events on the Friday evening.