In the Spotlight - Val McDermid 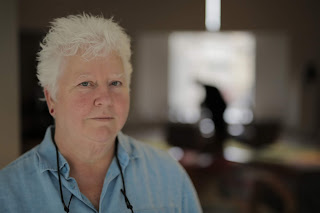 Introduction
Val McDermid is the author of four different series (Lindsay Gordon, Kate Brannigan, Tony Hill and Carol Jordan, and Kate Pirie.)  She is also the author of half dozen standalone novels, nine collections, two novellas and five non-fiction books and a children’s book to name a few.  Her most recent books are In My Scotland (June 2019) and How The Dead Speak (August 2019).

Her books have been nominated and won numerous awards including the Dagger Award, The Barry Award, The Anthony Award, The Dilys Award, The Macavity Award and the Theakston’s Old Peculier Crime novel of the Year. In 2010 Val McDermid received the CWA Diamond Dagger Award for lifetime achievement.

Which two characters would you invite to dinner and why?
Harriet Vane and Andy Dalziel – they’re both ferociously intelligent and not shy about expressing their opinions, but they’re diametrically different in every way. It would be fun to watch the sparks fly.

How do you relax?
A good meal with friends/family and a walk by the sea or the Water of Leith. 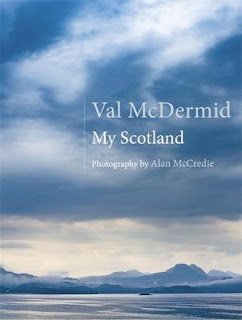 Treasure Island by Robert Louis Stevenson. It’s got it all – great characters (who doesn’t know Long John Silver?), vivid settings, a dramatic story, well-crafted prose and the kind of open ending that leaves space for the reader’s imagination – Long John Silver is still out there, there’s still treasure on the island… Irresistible.

What would you say to your younger self if you were just starting out as a writer.
However they present themselves, everybody else feels just as insecure as you do.

How would you describe your series character?
Which one?  I think what they all have in common is their tenacity.
-----
How The Dead Speak by Val McDermid (Published by Little, Brown, August 2019)
After an explosive case that forced Tony Hill and Carol Jordan to reassess everything they thought they knew about right and wrong, both are dealing with the fallout in their own separate ways. While Tony must pay the price for his actions, Carol is conducting investigations into suspected miscarriages of justice.  But when a shocking discovery is made on a construction site, and skeletal remains are found to belong to a killer who is supposedly alive and in prison, suddenly, Tony and Carol are brought into each other's orbit once again .

Information about 2019 St Hilda's College Crime Fiction Weekend and how to book tickets can be found here.