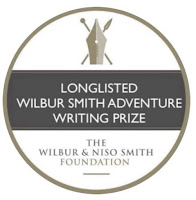 After a year’s hiatus, the Best Published Novel award has returned with a 12-strong longlist. The Prize is open to writers of any nationality, writing in English, and this year we are recognising the best adventure fiction published between 1stMay 2020 and 30th April 2021. 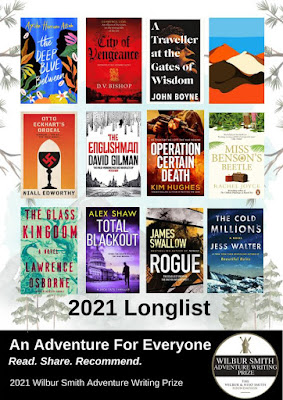 THE DEEP BLUE BETWEEN by Ayesha Harruna Attah (Pushkin Press)

A TRAVELLER AT THE GATES OF WISDOM by John Boyne (Doubleday)

THE HILL by Ali Bryan

THE ENGLISHMAN by David Gilman (Head of Zeus)

Congratulations to all the authors long listed for the award.

‘Books are a lifeline for many people and have been more so than ever over the past year. While we have not been able to travel, to experience other places and cultures, to meet the people who make our world so colourful, we have relied on books to take us there. This longlist truly has an adventure for everyone.’

The Foundation encourages readers to select the one that appeals to them most, then read, share and recommend.

The Prize received 127 entries from publishers and literary agents, by authors from across the world, including Australia, Canada, Ghana, Ireland, South Africa, India, New Zealand and the UK.

The longlist is selected by a panel of librarians and library staff, who looked for novels which both honour the traditions of the great adventure stories and are unafraid to try something new.

Six titles will be selected by the same panel to progress to the shortlist, after which the novels progress to the 2021 judging panel.The Prize will also include a public vote over the summer with the reader’s choice equating to one seat on the judging panel. We look forward to hearing what you think!