Kate Winkler Dawson on Who Is the American Sherlock? 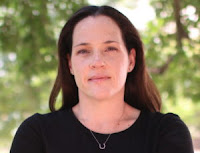 For most authors, settling on the next book can be challenging. After my first book, Death in the Air, was published in 2017 I struggled to find the right story, the perfect follow-up to a book about a serial killer trapped in a deadly fog in London.

I was thumbing through my favorite encyclopedia of American crime (I actually have several) and read about the DeAutremont brothers, the most famous train robbers in the U.S. who never actually robbed a train. They murdered several people during a failed heist in Oregon in the 1920s and disappeared without a trace (at least that’s what police believed). Oscar Heinrich was put on the case and he gleaned dozens of clues from one pair of overalls left behind at the scene. I’m not easily impressed by investigators but…he really impressed me. And Edward Oscar Heinrich became the subject of book #2.

Initially, Heinrich was a professionally trained chemist and sanitation engineer who took an interest in criminal cases. He quickly learned that he was brighter and savvier than virtually all of the investigators he would encounter—he solved cases that they couldn’t solve. Heinrich became a detective, and a forensic scientist—a crime science investigator who could work in the field and in the lab.

My research took me deep into the unexplored archives at UC Berkeley. The amount of material in his collection was overwhelming. Oscar Heinrich was what I call a productive hoarder, which means he collected every single piece of evidence, every letter, and every diary he had over forty years. If I had any question about one of his major cases, he offered me answers in that archive. He has spoiled me for all other biography subjects. He stored loaded guns, bullets, locks of hair, handwriting samples, daggers, even lockets from murder victims. 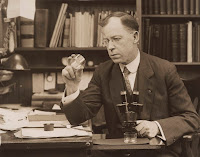 Oscar Heinrich grew up in Tacoma, Washington but never completed high school because, when his father died, he became the family’s main provider. He was a pharmacist in his teens, then talked admissions officers at UC Berkeley to allow him to register as an undergrad without a high school degree. He eventually received a BS in chemical engineering and became a sanitation engineer in Tacoma (those skills became useful in some of his cases). He was a city manager in Colorado and then began using his skills in chemistry on local criminal cases. He became a police chief in Alameda County and eventually became an expert in forensics, bringing together all of his skills.

When he became a forensic scientist, initially law enforcement agencies were skeptical of his new methods, but Heinrich was an excellent talker—he was compelling, convincing and confident. And his track record was impressive. Forensic experts rely on recommendations and reputation to gain clients within law enforcement and one of Oscar’s closest friend was August Vollmer (his Inspector Lestrade, if you’re a Sherlock Holmes fan). Oscar became very well-respected, very quickly because he got results—people would confess or juries would convict based on his evidence.

The stories in American Sherlock highlight some of his most complicating cases. Heinrich’s skills in the case of Bessie Ferguson were incredible. Without giving too much away, he used a very unusual technique to locate a body that would have likely never been discovered. I’ve always been impressed with his work on latent (hidden) evidence in the Siskiyou train robbery. The amount of concentration he must have had was astounding. He was so patient—at least with evidence…not people.

Heinrich enjoyed the spotlight, but he never chased it, so you’ll find him in contemporary newspapers in the 1920s and 1930s, but rarely in mainstream media. He never had a case that really put him on the map, like Paul Kirk who helped free convicted killer Sam Sheppard. And I think that Heinrich’s archive was so large that no one had really bothered to dig through it. His legacy remained hidden to most.

Edward Oscar Heinrich’s fingerprints cover the history of forensic science; he is a particularly dramatic symbol of the great advances in his field and it’s such a shame that he spent more than 60 years buried in history books, but I’m quite proud to be the one to shine a deserving light on his career. 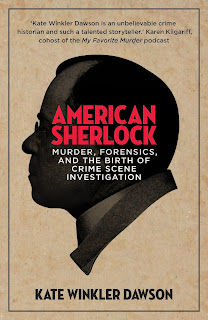 Berkeley, California, 1933. In a lab filled with curiosities – beakers, microscopes, Bunsen burners and hundreds of books – sat an investigator who would go on to crack at least 2,000 cases in his 40-year career.  Known as the ‘American Sherlock Holmes’, Edward Oscar Heinrich was one of the greatest – and first – forensic scientists, with an uncanny knack for finding clues, establishing evidence and deducing answers with a skill that seemed almost supernatural.  Based on years of research and thousands of never-before-published primary source materials, American Sherlock tells the story of the man whose work spearheaded a myriad of new forensic tools, including blood-spatter analysis, ballistics, lie-detector tests and the use of fingerprints as courtroom evidence.