Bernard O'Keeffe on Taking the Biscuit 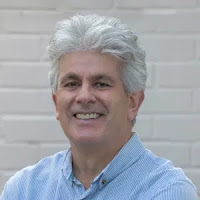 The first thing that came was the name - Garibaldi. As in the biscuit and as in the key figure in the unification of Italy. I was familiar with the historical figure from distant memories of History O Level and with the biscuit from my enthusiastic consumption of them when I was a kid - those currant-filled thin oblongs we used to call ‘squashed flies’.

But it was more recent events that led me to name my detective after the hero of Italian unification and the Peek Frean’s treat. When my wife was researching her family tree she came across a relative born in the East End in 1861. He was called Joseph Baker – a very English name in what the records showed to be a very English family. What was surprising, though, was his full name – Joseph Giuseppe Garibaldi Baker.

Why were Joseph Baker’s middle names those of the Italian nationalist hero? The discovery led to excited speculation that there might be Italian ancestors in the family, maybe even a mysterious Italian lover. The truth may have turned out to be less romantic, but it was equally fascinating.

Giuseppe Garibaldi was a very big thing in Victorian England. When he landed in Southampton in1864 the country was seized by what would now be described as Garibaldi-mania. The upper classes vied to host him, the London working class turned out in their thousands to greet him. A romantic hero, a freedom fighter and a champion of the underdog, Garibaldi had universal appeal, inspiring veneration and almost cult-like adoration. People adorned their walls and mantelpieces with pictures of him. His image appeared on plates, cups and tankards.

Such enthusiasm for the Italian hero might explain why my wife’s ancestors, and maybe many others, chose to give their son the middle names Giuseppe Garibaldi. It’s certainly one of the reasons why I chose to give his name to my new-born literary detective.

Another big influence on the creation of Garibaldi was Inspector Montalbano. When I came upon Andrea Camilleri’s Sicilian detective I fell in love with him. And when I learned that Camilleri didn’t publish the first Montalbano novel until well into his sixties I loved him even more. I’d always wanted to write a crime novel so now that I had stopped teaching what was there to stop me? And that name. Montalbano. There was something about it – four syllables, and with that pleasing stress on the third. Just like Garibaldi.

My detective wouldn’t live in Sicily. He’d be located much closer to home – in Barnes – a quiet London ‘village’ beside the Thames between Hammersmith and Richmond where I have lived for nearly thirty years. He’d have a few of my traits (a love of books and country music, an inability to drive, and a long-suffering attachment to QPR) and he would, like me, be half-Italian by descent. His complicated personal life, though, would be a far cry from my own.

Equally influential on the creation of Garbaldi was Inspector Morse. I read Agatha Christie and Conan Doyle in my youth, but it was Colin Dexter’s Oxford - based novels that really ignited my interest in crime fiction. Garibaldi may have as little in common with Morse as he does with Montalbano (though they do share a certain grumpy cerebrality) but the Oxford inspector made a big impact, as did his creator.

When I was teaching near Oxford I invited Colin Dexter to speak to Sixth Formers about Morse and detective fiction. A former teacher himself, he knew how to hook an audience. He introduced his talk by saying that it would contain three deliberate mistakes and that whoever identified them at the end would win a prize. It was a surefire way to grab attention and one that I would have emulated in my own teaching career were it not for the fact that I generally made more than three mistakes in my lessons and none of them were deliberate.

Like Dexter, I’m a big crossword fan but, unlike Dexter, I’m not very good at them. Whereas he was a seven-times UK crossword champion I do a lap of honour if I manage to complete half the Guardian cryptic. Dexter was often asked whether there was a link between a love of crossword puzzles and the urge to write detective fiction but Dexter attributed the urge to something more general – ‘this business of wanting to know’. It’s something I share with him, together with his desire to set his novels in a place he knows well and his emphasis on character and plot.

And that’s an idea that really takes the biscuit.

The Final Round by Bernard O’Keeffe is published by Muswell Press (£12.99) Out Now

On the morning after Boat Race Day, a man's body is found in a nature reserve beside the Thames. He has been viciously stabbed, his tongue cut out, and an Oxford college scarf stuffed in his mouth. The body is identified as that of Nick Bellamy, last seen at the charity quiz organised by his Oxford contemporary, the popular newsreader Melissa Matthews. Enter DI Garibaldi, whose first task is to look into Bellamy's contemporaries from Balfour College. In particular, the surprise 'final round' of questions at this year's charity quiz in which guests were invited to guess whether allegations about Melissa Matthews and her Oxford friends are true. These allegations range from plagiarism and shoplifting to sextortion and murder..