I Stand Alone…Sometimes by Howard Linskey

Howard Linskey’s standalones have a habit of turning into series.

I have written two series that weren’t supposed to be series when they started out. My debut novel, ‘The Drop’ was meant to be a standalone about a white-collar gangster called David Blake. He thinks that he sails above the violence of his world because he works for the top-boy in Newcastle and never gets his hands dirty. Then a large sum of money he is responsible for goes missing and he has to get it back in 72 hours or he is a dead man. 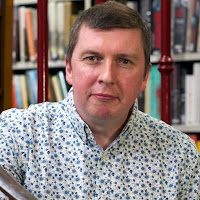 It never crossed my mind that the characters in that novel might reappear. I visualised it as a gritty, one-off gangster story, in the mode of films such as 'The Long Good Friday' and 'Get Carter'. I was thinking "why don't they write that stuff anymore?" So, I went ahead and did it myself. Then a few things happened in quick succession.

I had too many ideas to fit them all into one book, so I took a few bits out and put them to one side, for later. Then, I was offered a two-book deal by No Exit and that meant completing a second book for publication a year later. I had never written with a contract or a deadline before. No pressure.

When ‘The Drop’ was published, exactly ten years ago, incidentally, The Times newspaper named it one of the top five thrillers of the year, which was amazing and highly unexpected. When my debut was then optioned, by the producer of the Harry Potter films, it started to feel really quite surreal but it did make me realise that these characters had lives interesting enough to carry on after ‘The Drop’ and there were two further books in the trilogy, ‘The Damage’ and ‘The Dead’, before their stories were concluded.

I could have gone on writing about those guys but I already had an idea for a different kind of story. That book, featuring journalists Tom Carney and Helen Norton, as well as the detective Ian Bradshaw, became ‘No Name Lane’. I will never forget the moment when my literary agent, Phil Patterson, phoned me from the London Book Fair to inform me that an editor from Penguin Random House wanted to buy it. My ‘Yay’ moment was swiftly followed by sense of panic, when he told me Penguin wanted a three-book-deal and the editor was ‘looking forward to seeing where you are going to go with the series’. The honest response to that should have been ‘what series?’ as it too was meant to be a standalone.

I parked my anxiety for twenty-four hours then sat down and wrote the words, ‘It is eighteen months later…’ at the top of a synopsis and I began to wonder where those characters would be now. In a day or two, I had fleshed out the plot for ‘Behind Dead Eyes’. Two further novels followed; ‘The Search’ and ‘The Chosen Ones’, and thankfully, Penguin wanted more books from me but after writing four novels I was looking forward to the freedom of writing a standalone with new characters.

Last year, I came up with an idea that featured a rookie detective, Beth Winter, who is paired with a difficult veteran cop, Lucas Black. ‘Alice Teale Is Missing’ is a modern-day mystery involving the search for a missing teenage girl. The reviews for that book were lovely but a number of readers commented that they really liked the characters and were looking forward to seeing what would happen to them next. Oh dear, had I begun a third series by accident?

Would Beth and Lucas reappear to solve a new case? There was no time to worry about this, because I was already halfway through my next book, ‘Don’t Let Him In’, which is published on May 13th. Rebecca Cole returns to her hometown from a long round-the-world trip, following the death of her father and soon discovers he has actually been murdered. She also realises he was on the trail of an almost mythical killer and she picks up where he left off, despite the obvious danger to herself.

Surely there is no way that this one can become a series, because Rebecca is a civilian and the case concerns her own father? This is personal and Rebecca has no intention of becoming a serial sleuth. Unless of course she gets a taste for this kind of thing and then…no, stop it!

I blame the characters. After you have spent a year in their close company, you tend to like them, despite the faults you have given them. There is always a temptation to revisit characters a year or two down the line, as if checking in on an old friend to see how they are doing. Crime writers are like the serial killers we occasionally write about. Sometimes, we just can’t help ourselves.

But really, no, this book should definitely be a one-off. Unless the reviews are really good of course and lots of people buy the thing and Penguin want more…oh, and if I wake up one morning and step from the shower having suddenly thought of a great idea for Rebecca Cole that just has to be written down. Then I will probably start my pitch to Penguin with the words, ‘It is eighteen months later…’ 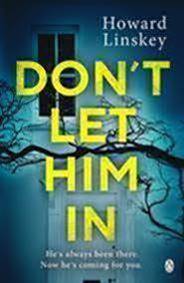 Eriston is a small town. It's the kind of place where everyone knows your name - and your secrets. Rebecca hasn't been back in years, but she grew up in the shadow of the dark local legend. There have always been deaths in Eriston - more than can easily be explained. People dying in their houses, behind locked doors. Her father Sean had always warned her of the dangers. Don't let him in. When Rebecca returns, she discovers that her father wasn't willing to let the legend lie. He was on the verge of uncovering the town's darkest truth. He thought he was on the trail of a killer. Sean knew too much. Now he's dead. Rebecca could accept her father's death. Or she could risk her life by carrying on his work . . .

I have just finished ‘Don’t Let him In’ and loved it, I really think we can have another one of those, but the problem is that I want more from Lucas Black as well. Great work keep it up.