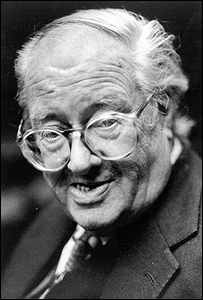 Sir John Mortimer the creator of that curmudgeonly barrister Rumpole of the Bailey has died at the age of 85 after a long illness. Known mainly for the "Rumpole" series Sir John Mortimer was also a prodgious writer of books and screen plays. The character of Rumpole was played admirably by the late actor Leo McKern throughout its time on screen. His death is a great loss to those who have long admired his work.

Further information can be found here http://news.bbc.co.uk/2/hi/entertainment/7833156.stm
Posted by Ayo Onatade at 13:17