The Specsavers Crime Thriller Awards 2011 in conjunction with the CWA took place on Friday 7 October in the ballroom of the Grosvenor House Hotel along Park Lane. In attendance were a number of crime writers and shortlisted authors. These included authors David Baldacci, Mark Billingham, Lee Child, Peter James and Peter Robinson who were not only inducted into the International Hall of Fame but were also on the shortlist for the ITV3 People’s Bestseller Dagger which is voted on by the public. Once again the host for the evening was Marcus Brigstocke. 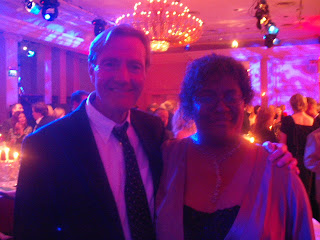 The first award that was given was the TV Dagger. The shortlist was made up of the following –

The TV Dagger was awarded to Case Histories.

The first of the three CWA Daggers that was due to be given was the CWA John Creasey (New Blood Dagger). The nominated books were –

The Dead Women of Juarez by Sam Hawken (Serpent’s Tail)

Before I Go To Sleep by S J Watson (Doubleday)

The Dogs of Rome by Conor FitzGerald (Bloomsbury)

It was not really a surprise that the winner was S J Watson’s Before I go To Sleep. Since it has been published Before I Go To Sleep has been receiving rave reviews from both sides of the Atlantic amongst readers, reviewers and bloggers.

The second Specsavers Award to be given out was the Film Dagger. The shortlisted films were -

The Girl Who Kicked the Hornet’s Nest (Momentum Pictures)

The film that in my opinion was the odd one out also ended up being the winner. This was of course True Grit!

The Killing started off what was a good evening for them by winning the Best Supporting Actress Dagger. The nominees were –

Tara Fitzgerald for Waking the Dead (BBC One)

And Ruth Wilson for Luther (BBC One)

The winner was Rafe Spall for The Shadow Line.

The second CWA Dagger to be announced was the CWA Ian Fleming Steel Dagger. The nominees were -

The Good Son by Michael Gruber (Corvus) His blog post for Shots can be found here, and

Before I go To Sleep by S J Watson (Doubleday)

The winner was The Killing

Lars Mikkelsen for The Killing (NRK/SVT/Arrow Films) and

The Best Actress Dagger nominations were as follows –

The winner was Sofie Gråbøl for The Killing. The Killing walked away with 3 Dagger Awards at the ceremony.

Snowdrops by A D Miller

The End of the Wasp Season by Denise Mina and

The Lock Artist by Steve Hamilton 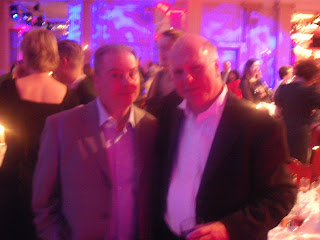 The final award was the ITV3 People’s Bestseller Dagger, which was of course voted upon by the public. The winner was Peter James, which of course did not surprise many of us in the room. So all of those people that voted for Peter James will surely be expecting their promised fish and chips on Brighton Pier which he promised to buy if he won the award.

A lot of us were surprised and disappointed Rufus Sewell didn't get the Best Actor Dagger. He's my winner!!