White moves back to Penguin 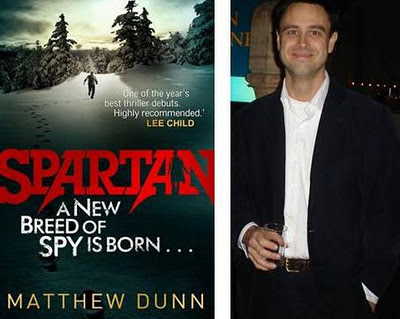 We recently reported that Selina Walker had moved within the Random House UK imprint Transworld Publishers to Century and Arrow Imprints, and now we heard that Publishing Director of the new Swordfish Imprint at Orion Publishing, and military writer Rowland White is moving back to Penguin UK as reported by The Bookseller –

White said: "Orion provided me with a wonderful opportunity and I've enjoyed working there alongside some very talented publishers. The invitation to return to Michael Joseph was impossible to turn down and I realised that Penguin was where my heart lay."

Moore added: "I am truly delighted that Rowland is coming back to Michael Joseph. The team here has missed him and his commercial publishing skill—his return will be hugely welcomed by all."

White joined Orion from Michael Joseph in January 2010, this year launching his commercial non-fiction imprint there called Swordfish, which began publishing this summer. The Bookseller understands the future of the imprint is currently under discussion, with White's end date at Orion and start date at MJ still to be confirmed.

We were delighted with Rowland’s first Swordfish acquisition – Matthew Dunn’s Spartan [aka ‘Spycatcher’].

Dunn was born in London, the son of a merchant seaman turned photographer. Educated at a state school, he read politics and economics at the University of East Anglia before taking a PhD in international relations at Cambridge. It was there that a tutor raised the matter of his future.

“There was a discussion about doing something academic. Part of me was attracted to that but I also had fire in the belly. I mentioned the diplomatic service and at some point he said there was another aspect of the service that might be of interest, also involving travel and complex situations. We knew what we were talking about.”

Six months of selection followed, involving tests of mental agility, role playing, repeated interviews and intrusive vetting. Five of the dozen people on his course were women, the successful ones a cross-section of society.

“MI6 is not some elitist club. The officer has to able to interact with any kind of person. You can’t have people who have lived only in a gentlemen’s club environment. It’s not like joining the Household Cavalry.”

What bound the new recruits? “We all felt anything was possible. You don’t enter with the mindset that 'this is impossible’. You just have to think of a way to do it. One of the questions in interview was, 'Who do you look up to?’ My response was, 'Frankly, nobody’. A degree of self-confidence is required, but not arrogance.”

Part of the selection process was conducted at Fort Monckton, the MI6 training establishment near Portsmouth. Candidates were sent into the naval town to test their ability to extract information.

“They might ask you to come back with 10 passport numbers,” says Dunn. “I had to sit in the pub and ingratiate myself with a group of strangers, getting as many personal details as I could. I did OK – some did tarot card readings or magic tricks to get details.”

A black tie dinner at Monckton marked Dunn’s formal acceptance into SIS. It was 1995 and he was 27. He was to find himself at the sharp end of SIS operations. “The Directorate of Requirements and Production is the operational side of the service. Officers operating in particularly hazardous areas were those who had excelled in the paramilitary side of training. I worked with the Increment, the SAS unit attached to SIS.

They provided back-up for anything that might be extremely dangerous. I was trained in close quarter and unarmed combat. I was good at it, I enjoyed it. Yes, there is an element of James Bond. There were no watches that could burn holes through walls but you might have a letter with explosives in it that could blow off a door.”

Dunn’s first job was with a team targeting rogue states. Officers are eased into operations – non-lethal ones first – often shadowing experienced colleagues. Dunn became an agent runner, responsible for about 20 in all. Some of those he recruited would have been tortured and executed if exposed.

Read More from The Telegraph here
Posted by Ali Karim at 12:13