Michael Gruber and The Good Son 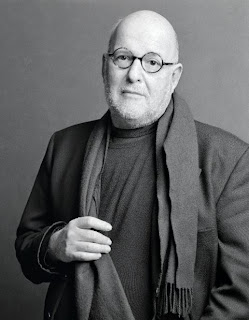 Today’s guest blogger is Michael Gruber who is the author of 7 books under his own name and has ghost-written 15 books in the Butch Karp series for Robert Tanenbaum. His 2007 novel The Book of Air and Shadows was published to great acclaim. His latest novel The Good Son has been shortlisted for the CWA Steel Dagger. Below Michael talks about his novel The Good Son.

There is a note in my notebook from around three years ago that says, Woman, peace worker, Jungian, kidnapped by terrorists, SEAL son tries to rescue her. At the time, my wife, who had been through the Jung Institute in Zurich, some years ago was the regional coordinator of Pax Christi, the Catholic peace organisation, and her son was in the Navy and about to embark on SEAL training, because he wanted to become a bomb disposal guy and the training is largely the same as it is for SEALS. I thought that it was an interesting situation, quite apart from the tension and terror in our house, the warrior son and the peacenik mother. After some years, with the young man safely back home from Iraq, I decided to turn the idea into a novel. My fiction has two major themes. One is how culture influences our view of reality, especially in people who are the product of two very different cultures and the other is the underlying nature of human consciousness, especially as that relates to what may be called the unseen world.

I decided to make the mother a woman with a speckled past--eclectically religious, a Jungian, a Catholic, married to a Muslim and an occasional and heterodox practitioner of that faith. The son would be the product of an upper class Pakistani home, raised in Lahore. Then I worked out a series of events that brought the boy into the jihad against the Russians in Afghanistan, because I wanted him to be not only an elite American soldier, but also someone who understood Islamic jihadism from the inside.

The problem with this basic story is that it wants to slide into the old melodramatic mold, where the hero is brave and noble, and the victim is innocent, and the villains are very evil indeed. Melodrama arises from the unexamined assumptions of a culture; its purpose is to affirm those assumptions rather than prompt any deep examination of the culture’s values. 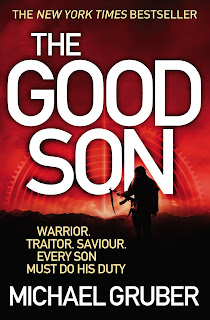 But one of the uses of fiction is to take the received wisdom of a writer’s society and hold it up to a hard light, and so we have the imperfect hero, even the anti-hero, and the villain who inspires sympathy. What I’ve tried to do in The Good Son is a version of that effort. The society in which I am located is loosely known as the West It is a liberal (in the original sense of the word), democracy, with a free-enterprise economy, the rule of law, equal rights, freedom of speech and religion, and is characterized (at least in its leadership) by a scientific world-view and, especially, an almost religious devotion to material progress. It further believes that these qualities have made it both powerful and rich. As members of this society we naturally assume that it is inherently right, and that all rational human beings will aspire to live in such societies, and that the only reason they do not is either a defect in the minds or education of people who live otherwise or the malign influence of wicked rulers. This assumption is called cultural imperialism, and it is very deep, even subconscious in most of us.

It is, however, an obvious fact that some people do want something different, and are willing to fight and die for it. Across the Islamic world, the Umma, or community of believers, we observe a deep current of rejection aimed at the basic cultural assumptions of the West. The primary value here is not political freedom or material progress but submission to the will of God, as expressed in the Qur’an, in the sayings of the Prophet Mohammed, and in the codification of these writings in Sharia law. Those who cherish such values look not ahead to material progress, but back in time, to an era when, they believe, the Umma had attained a perfect relationship with God and His laws. Education or exposure to Western ways does not seem to have much of an effect on this way of seeing the world. It is one of the horrible ironies of the 9/11 events that the leader of the attack was a man with an advanced degree in (what else?) urban planning.

Since the relationship of consciousness to culture is, in my view, at the core of any novel, I wanted to see what happened if I took this strange and alien consciousness seriously, on its own terms. In the book, this central theme is played out in two theaters: a struggle within the mind of the young soldier, and between the mother and the terrorist leader who holds her life in his hands. In the latter of these, I try to show what happens if we were to take the deep religious impulses of Islamic jihadism seriously, instead of treating them like a kind of nostalgic psychosis.

Good novels are supposed to make us look at ourselves and our culture through fresh eyes, and almost nothing does this as well as getting into the head of a character who shares not one of the assumptions on which we have constructed our own lives. (Of course, the actual way that novels do this is by packing all that sort of thing in what the author hopes is a ripping good yarn, and I have tried to do that as well.) In order to write this book I had to read a lot of material about Islam and its culture, and novels set in that culture, and the works of writers who thought that nothing I believed was true, and that death and murder were better than accepting a world that I was at entirely at home in. I gained at least partial entry to world that is, as one book I read has it, “lost in the sacred.” The experience shook me; I hope The Good Son does the same for its readers.