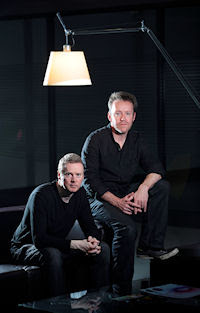 Al Guthrie who is best known to the crime fiction world as the author of the excellent debut novel Two Way Split and a literary agent with his own list at Jenny Brown Agency (Scotland) is diversifying again! A long-time supporter of e-books, Al Guthrie along with Kyle MacRae has moved into the world of digital publishing. The company will be officially launched on 1 November and aim to publish around 30 books a year. Whilst they will not solely be publishing crime books, there will be a large number of crime books published by them. The full press release can be seen below -

Guthrie says: "There's a fierce amount of talent on display and there's a lot more to come. I firmly believe there's never been a more exciting time to be a reader, a writer or a publisher. With the publishing industry becoming increasingly risk-averse, the rapid expansion of the ebook market is a wonderful opportunity for a creative and innovative publisher to break new ground. Blasted Heath combines my publishing experience with Kyle's marketing background to create a new model of digital publisher that connects readers with writers and gets books in front of readers in exciting new ways." 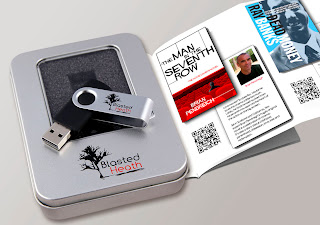 Alongside digital downloads, Blasted Heath is launching with the Blasted Box set, a physical product for the gift market that offers readers the five launch novels on a branded USB stick in a presentation pack.

Blasted Heath is launching on November 1st, 2011. Until then, the website is protected by a holding page with a promotional video.

Review copies of the books and a sample of the Blasted Box set are available on request. The launch titles are: All The Young Warriors by Anthony Neil Smith, Dead Money by Ray Banks, Phase Four by Gary Carson, The Long Midnight of Barney Thomson by Douglas Lindsay, and The Man in the Seventh Row by Brian Pendreigh.

Allan Guthrie and Kyle MacRae are available for interview.

All Blasted Heath ebooks are supplied in three file formats to ensure compatibility with all current ebook readers: PRC (for the Kindle), EPUB (for virtually all other ebook readers, including the Nook, Kobo, Sony etc), and PDF (compatible with virtually all smartphones and computers).

Allan Guthrie won the Theakston's Crime Novel of the Year in 2007 with his debut novel, Two Way Spilt, and has published a further four crime novels, most recently Slammer, described by the Scotsman as "a book as inventive and groundbreaking as it is magnificently written.” He also has his own client list at Jenny Brown Associates, the largest literary agency in Scotland, and is a former commissioning editor for cult US crime publisher, PointBlank Press.

Kyle MacRae, a former journalist and technical author, launched Scoopt, the world's first citizen journalism picture agency, in 2005 and sold it to Getty Images in 2007. He went on to create and run Blether Media, a dedicated social media marketing agency based in Glasgow.
Info about books -

Double-glazing salesman Alan Slater is in trouble. He hasn’t had a good sales lead in months. His wife rightly suspects him of playing around. His best mate Les Beale has turned into a bigoted, boozed-up headcase. And that is the least of it. When a rigged poker game has fatal consequences, Alan finds himself not only responsible for the clean-up, but also for Beale’s escalating debt to a man who won’t take “broke” for an answer. As Beale’s life spirals out of control, he becomes ever more desperately reliant on Alan to save his skin.

But Alan isn’t about to be dragged into the gutter by anyone, least of all his bad-beat, dead money former mate. After all, there’s no such thing as a compassionate double-glazing salesman.

All The Young Warriors by Anthony Neil Smith 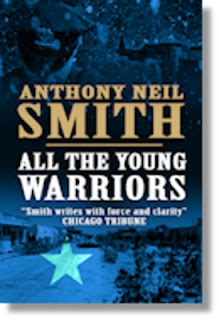 When two of the Twin Cities’ “Lost Boys” – young Somali men drafted to fight for terrorists back in the homeland – kill a pair of cops on his home turf, detective Ray Bleeker is left devastated. One of the dead cops was his girlfriend. The investigation grinds to a halt when he discovers that the young murderers have fled to Somalia to fight in the real rebel army. He’s at his wits’ end when the father of one of the boys, an ex-gang leader named Mustafa comes looking for answers, wanting to clear his son’s name and refusing to take no for an answer.

Bleeker and Mustafa form an uneasy alliance, teaming up to help bring the boys back home to stand trial. But little do they know what Somalia has in store for them.

Murder, warfare, piracy, love, betrayal and revenge. All the Young Warriors is an epic thriller that will have you white-knuckling your eReader all through the night.

The Man in the Seventh Row by Brian Pendreigh - What happened that turned one man’s world inside out?

Roy is a film fan. He loves the cinema. Maybe he loves the cinema a little too much. Lately things have been going wrong. He settles into his favourite seat to watch an old movie, but he is not seeing what he expects to see. No matter the film – The Graduate, Brief Encounter, The Magnificent Seven – he finds himself sucked from his seventh-row seat into the heart of the action on the big screen. 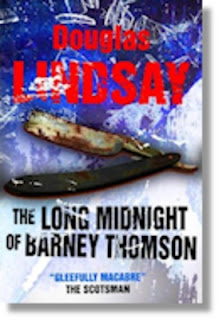 The Long Midnight of Barney Thomson by Douglas Lindsay
Barney Thomson – awkward, diffident, Glasgow barber – lives a life of desperate mediocrity. Shunned at work and at home, unable to break out of a twenty-year rut, each dull day blends seamlessly into the next.

However, there is no life so tedious that it cannot be spiced up by inadvertent murder, a deranged psychopath, and a freezer full of neatly packaged meat. Barney Thomson’s uninteresting life is about to go from 0 to 60 in five seconds, as he enters the grotesque and comically absurd world of the serial killer ….

Phase Four by Gary Carson - On a remote desert highway in Nevada, a classified military convoy transporting nerve gas for incineration is hijacked by a group of Middle Eastern terrorists. In San Francisco, Homeland Security investigator Matthew Drake is assigned to put one of the suspects under surveillance. But when the gas is released inside a luxury high-rise hotel in an apparent attempt to assassinate the President, Drake realises – too late – that the hijackers weren’t terrorists, the convoy wasn’t carrying nerve gas and that something is very wrong in Washington D.C. 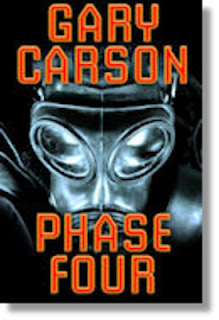 Now mobs are rioting in the Bay Area – fighting amongst themselves, jumping out of windows, creating utter chaos. And it’s spreading across California at a frightening speed, threatening to engulf the entire country.

Hunted by professional killers who seem to be working for his own employers, Drake finds himself on the run with disgraced CIA surveillance technician Gena Hahn, but he’s not sure which side she’s on. Locked up in a FEMA camp as the United States descends into madness, held prisoner in a secret Continuity of Government facility miles under the Utah desert, they struggle to survive a conspiracy gone wrong – a sinister plan to achieve total control over the human mind.
Posted by Ayo Onatade at 16:42

Well, bloody hell, that's so amazingly impressive it knocked off my socks and I'm wearing DMs, too.
The box set looks like a thing of such beauty I'm going to have to buy one. How brilliant.
There was also talk about someone getting a tattoo of the logo - do you know, I'm pretty tempted myself.
An outstanding post.

Cool! Thank you for this digital publishing update. Such an awesome author too.