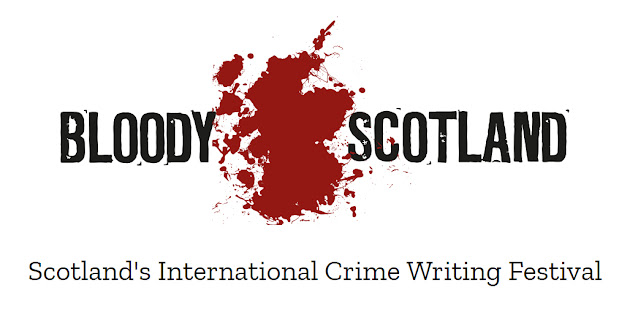 Bloody Scotland hybrid festival which ran from 17-19 September 2021 and closed its virtual doors on 30 September outperformed targets and has prompted organisers to extend their run for next year. Bloody Scotland 2022 will now start in the historic city of Stirling on Thursday 15 September with the torchlight procession and awards presentation and run through to Sunday 18 September.

Online and in person attendance this year was 16,000 and included visitors from over 30 countries. While many audience members were delighted to return to Stirling in person, the digital offering (paid for this year) was also extremely popular. The festival also extended its reach with approximately 25% of physical and online visitors attending the festival for the first time. 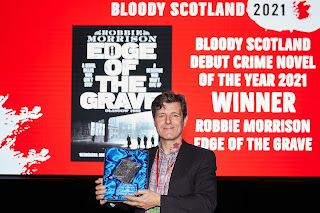 All sponsors remained on board and publishers welcomed the digital programme as a means of advertising their authors beyond those who normally pick up a physical brochure.

As Bloody Scotland starts planning for the 10th Anniversary in 2022, founding chair, Jenny Brown is stepping down. She said

‘It’s been an honour to chair Bloody Scotland since the idea of a Scottish crime writing festival was just an ambitious twinkle in the eyes of co-founders Lin Anderson and Alex Gray, to the splendid internationally-renowned event we have today. The success of the festival is down to the creativity of its directors and whole team, the dedication and energy of the Board, the commitment from our partners, the enthusiasm of crime readers and, above all, the brilliant support from crime writers themselves. As we look forward to Bloody Scotland’s 10th Anniversary in 2022, it’s great to be handing over the chair to Jamie Crawford, with the festival in such good shape for its second decade'. 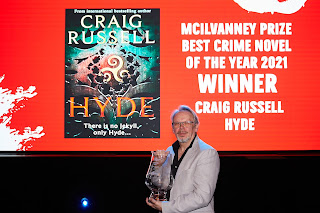 ‘Having been involved with Bloody Scotland as publisher of the Bloody Scotland book, and as judge for two years on the McIlvanney Prize, I am delighted to be joining as Chair. This is a festival that has a very strong identity and a clear and ambitious vision for the future, and I am very much looking forward to helping shape the plans for its 10th anniversary in 2022

Bob McDevitt will remain as Festival Director for 2022 supported by the marketing team Fiona Brownlee, Tim Donald and Jessica McGoff and the rest of the board, Abir Mukherjee, Lin Anderson, Craig Robertson, Gordon Brown, Catriona Reynolds and Muriel Robertson.