Sights and Sounds of Storytelling by Onyeka Nwelue 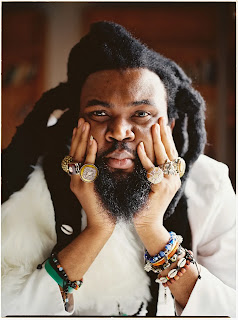 I wrote The Strangers of Braamfontein, because of my fascination of telling the human story, whether through cinema or book.

The Strangers of Braamfontein is a novel set in present day Braamfontein, a suburb of Johannesburg.

It tells the story of Osas, a young and impressionable Nigerian painter, who escapes poverty and hardship in Benin City, and through the help of a travel agent, finds his way to Johannesburg. To survive, Osas must, out of necessity, live rough and spontaneously. In Braamfontein he encounters the Nigerian Janus-faced Chike, the Zimbabwean Machiavellian Chamai, the pawky Don Papi, the duplicitous Ruth, the savvy April and the fiendish Detectives Jiba and Booysen. Each encounter presents a never-ending string of adventures that lead him further into the dark and twisty underbelly of Johannesburg.

Aside portraying young characters who are both original and energetic, The Strangers of Braamfontein boldly grapples with issues that we don’t always get to tell, even though they pervade the larger part of our society. I am talking about violence, sex, drugs, murder, prostitution, bribery, religion and betrayal. These are the major themes this story seeks to explore through the lives of immigrants: the Nigerian drug-dealers, assassins, prostitutes, scammers, cultists, the Ethiopian human traffickers, the Congolese kidnappers, down to the Zimbabwean homosexual prostitutes and drunks; there are also the Malawian forgers, Angolan and Francophone syndicates, down to the South African blackmailers and gangs. These issues are quite urgent, and that is why I used a 19-year old Osas to set the path that I beat in the story.

A certain US publisher, who read the manuscript of The Strangers of Braamfontein after a mutual friend sent it to him, said: “It has taken me until now to read his novel – I have been struggling to keep my publishing house going during the economic downturn, and it has been hard! Can you offer me any advice? This is a new world for me, but I do very much want to publish African literature if I can. The dialogue in the book is in Nigerian Pidgin English. I completely understand that this lends realism to the book – and I grant that a reader of standard English has some obligation to stretch beyond his or her comfort zone in trying to comprehend this sort of dialect, but it does make a portion of the book unintelligible.”

He also went on to say, “The narration is generally speaking OK but even the English prose needs a lot of work.”

I lived in Mexico and Italy and find their literature quite alluring. Somehow, I thought there is no way I would write a work of fiction like a British author, because I am not British. In what way can I communicate as an African? As a Nigerian? Why would I write a story about Nigerians and not use Nigerian expressions? It was when I realized that all those revisions suggested by the editors were a way of rejecting the book, that I thought it is important to have this story out there. As a result, I set up Abibiman publishing to publish the book, as well as other works of literature, particularly from African voices, that choose to write in an authentic style and expression.

The Strangers of Braamfontein is my way of encouraging people to be authentic, to live the way they would and should, culturally. The idea of setting the dialogue in different languages is to discover and mine the originality in mimicking people: as an anthropologist, I spend my time, sitting at airports and parks, listening to people speak. This, I thought, would be the beauty of the book. It can only spark people to go find the meanings of words, to learn a new language and to learn about people. 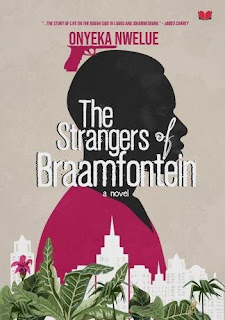 Osas is a young and impressionable Nigerian painter, who escapes poverty and hardship in Benin City, into the chaotic and crime-ridden belly of Johannesburg, through the help of a travel agent. But to survive, he must live a life of adventure and spontaneity and criminality. As Osas walks through the corners of Braamfontein, a suburb of Johannesburg, he encounters the Nigerian Janus-faced Chike, the Zimbabwean Machiavellian Chamai, the pawky Papi, the duplicitous Ruth, the saavy April and the fiendish Detectives Jiba and Booysen, leading to a bolt from the blue.

A review of The Strangers of Braamfontein can be found here.