Blood Ties and the return of Ben Devlin by Brian McGilloway 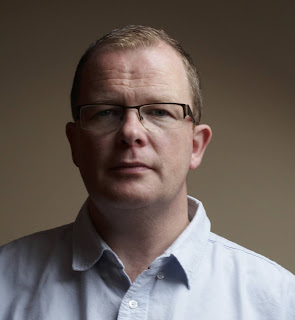 In 2011, I wrote the final words of The Nameless Dead, the fifth in the Ben Devlin series. It was a strange experience. I already knew as I wrote the book that my publisher at the time would not be continuing with the series. The book then, while always intended as another instalment in Devlin’s story, also revisited some of the characters from Borderlands, bringing the series full circle in a way so that, if it was the end, it could serve as a satisfying conclusion.

My leaving Devlin behind also reflected the status of the Border itself in some ways. When I started Devlin, in 2002/2003, the Good Friday Agreement had, in effect, facilitated the removal of the last of the military infrastructure off the border crossings. Still, after so many years, the border was still a very real presence, at a psychological level at least, even after the border posts had gone. But, as I wrote the Devlin books over the next seven or eight years, charting the development of his growing friendship with Jim Hendry in the north, that psychological border began to weaken too. In the real world, I drove back and forth across the frontier without any awareness of its presence. My children were growing up, not really knowing what it meant in any concrete way. That may be why, by the time I’d written four Devlins, I turned my attention to the North and introduced a new character in Lucy Black with Little Girl Lost. I went back to Devlin for that fifth novel in 2011 to round out his story.

And then he stopped speaking to me., just as the border itself seemed to vanish.

The Nameless Dead came out in 2012 and, with that, I was out of contract. And then, for some reason, a year later, Little Girl Lost began to take off, both here and in the US, selling over half a million copies in a few months between the two territories and offering me a chance to keep telling stories. But the readership, and my focus, seemed to be on Lucy and her stories. Once or twice, I began to write a new Devlin story but found his voice was not there. The story was not his.

Brexit changed that. All at once, the border became a feature of conversation again, of discussion in the media – over here at least, though, strangely, seemingly not in Britain. Sides were redrawn, tribal identities reasserted. The psychological border reappeared. And with that, Devlin re-emerged in my consciousness.

Devlin has always been a punchbag for me – a chance for me to work out how I feel about things, and to explore my own responses and reactions based on his. Two years ago, I lost my dad after a short illness. It left me reeling – we were very close and Devlin’s kindness and decency were very much a reflection of my father, a truly kind, gentle man himself. So, while I did not set out to write a book that reflected on the loss of my father, it was natural that when I heard Devlin’s voice again, had his story begin to compel itself on me, it should be a story of loss and grief. One that looks at how family changes over time and the relationship between fathers and their sons.

It was important to me that Devlin should be the voice who tells that story in Blood Ties. The Devlin books have always explored the borderlands – the grey areas between certainties – and Devlin himself has always reflected an awareness that, here in the border area especially, there are no simple answers, no simple definitions. Devlin is father to both his son and his own father in this book, and yet also still a son himself, learning from both his parent and child. But now his children are moving on to college and his parents have passed: all the things by which he defined himself have changed. And, in the book, he must redefine himself. Or, at the very least, learn to accommodate those changes in his own sense of self-identity.

So, identity became the key theme of the novel, as reflected by the epigraph from the wonderful Elizabeth Jennings poem of that name. Issues of victimhood and the habit (in Northern Ireland especially) of creating a hierarchy of worthiness among victims, as if one person’s grief is more deserving than another’s, feed into that same theme of how we create an identity for ourselves and how it is created for us by others. In this book, the lines between victim and perpetrator are blurred and Devlin must constantly reassess how others are defined by his community even as he tries to redefine himself.

I am grateful to have found Devlin’s voice again, though in all honesty, it is not far from my own. I’m grateful to have him as a way to work out how I feel about the world. And I’m hugely grateful that anyone else would be kind enough to continue following both of us on that journey by reading one of these stories. 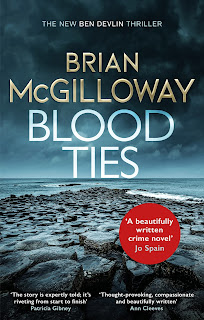 How can a dead woman avenge herself on her killer twelve years after her murder? This is the puzzle facing Ben Devlin in his latest case. He is called to the scene of a murder - a man has been stabbed to death in his rented room and when his identity is discovered Devlin feels a ghost walk over his grave as he knows the name Brooklyn Harris well. As a teenager, Harris beat his then-girlfriend Hannah Row to death, and then spent twelve years in prison for the murder. As Devlin investigates the dead man's movements since his release it becomes apparent Harris has been grooming teenage girls online and then arranging to meet them. But his activities have been discovered by others, notably a vigilante, who goes straight to the top of Devlin's list of suspects... until he uncovers that Harris was killed on the anniversary of Hannah's death - just too big a coincidence in Devlin's books. So Hannah's family join the ever-growing list of suspects being interviewed by his team. And then forensics contact Devlin with the astounding news that blood found on Harris's body is a perfect match to that of Hannah Row's. Yet how can this be; the girl was murdered many years ago - and Devlin doesn't believe in ghosts.