Olly Jarvis on Using His Expertise 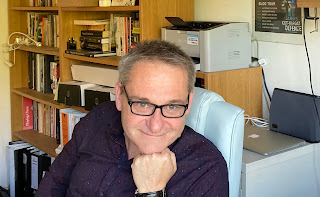 Like most people, I knew something about the famous characters in history and their accomplishments – from Boudica to Napoleon, Plato to Isaac Newton. All from different places in the world, and in time. What if there was a link, a common denominator that could explain their exploits?

In my other life as a criminal defence barrister, my job is to persuade juries. To give them an interpretation of the facts that fits with my client’s case. It’s not easy, particularly when the evidence is stacked against the defendant. And of course, there is always prosecution counsel, presenting his or her own spin on the evidence. It’s not a perfect system, but the jury, in my opinion, gets it right 99.9% of the time.

There are similarities between the court process and writing a novel – can the writer persuade the reader to come on a journey through 100,000 words? When defending a trial, the case can be lost with one ill-judged question in cross-examination. With a novel, one illogical action by a character, or a clunky piece of dialogue and the author can lose the reader. This challenge goes to the heart of what I have tried to say with The Genesis Inquiry – not to persuade a jury, but the reader, of something extraordinary in our history. A whole new way of looking at the world. Something that I found more staggering, the deeper my research went.

There are some remarkable patterns in the history of humanity, inevitably culminating in invasions and clashes of cultures, all based on some perceived difference between peoples. We still see it today.

When I was at school, I learnt about various religions, but not from the perspective of their similarities. It seems to be a human characteristic that we spend so much time focusing on the differences between us. Populations so often obsess over what they see as crucial distinctions between cultures and creeds. As I looked more deeply at ancient manuscripts and books, I learnt of so many forgotten links that join us together. The threads of history began to intertwine the further back I went. I had to unlearn what I had been taught and look at the evidence afresh, just as I would approach a new brief.

A picture began to emerge that made the hairs on the back of my neck stand up. I had the premise for an international thriller. Could there really be one undiscovered truth that links everything in our past, and provides the key to our future? Is there one critical place in time that set the tone for our epoch? A starting point. To my astonishment, I found such a place. I will leave it to the reader to decide if I’m right.

Who is Ella Blake?

The central characters in The Genesis Inquiry go on a life or death journey to uncover the truth about our past and ultimately, who we are and where we came from.

The heroine, Ella Blake, is a top barrister with a PhD in history, but not the typical high-flyer one might expect. She’s battered and bruised from a long career of fighting trials. I wanted a modern-day protagonist that I recognised from my own experience of courts and robing rooms. Many criminal lawyers’ mental health is hanging by a thread. It’s only recently that the legal profession, like many other sectors, began to recognise and address issue of wellbeing. It’s not easy to manage the daily stresses and challenges of life in the courtroom.

Ella is a great lawyer who has given her life to her job, but at a cost - mental health, family relationships and more. Deeply flawed, but a good person with an innate sense of right and wrong. The dysfunctional relationship with her daughter, Lizzie, a headstrong student is another layer of conflict in the novel.

The Genesis Inquiry is crime/mystery thriller but it’s also a story of redemption, of second chances, not just for Ella, but for all of us.

I hope you enjoy the ride… 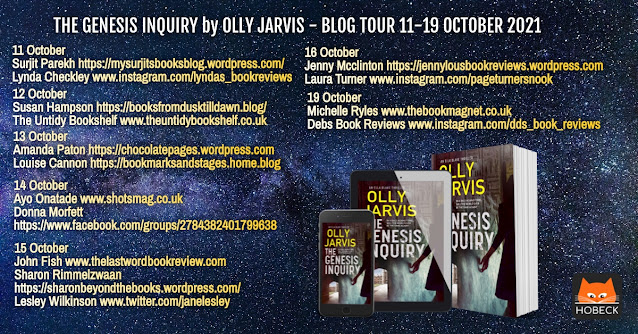 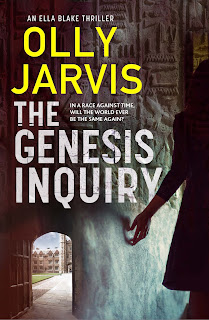 Is there one last undiscovered, great truth? A moment zero, a place in time that links all cultures and creeds? A revelation that will unite us all and change the way we see history forever. Brilliant but burnt-out barrister Ella Blake accepts an apparently simple brief: investigate the mysterious disappearance of an African American polymath from his rooms at Cambridge University. The Inquiry quickly becomes the greatest challenge of her life – solving the mystery of Genesis. Facing danger at every turn, can Ella find the answers to the riddles and clues left by the missing genius? Reunited with her estranged daughter, the Inquiry sends them on a quest across the world and through ancient texts. What is the secret that binds us all? Who is behind the dark forces that will stop at nothing to prevent the world from knowing the truth?

Olly Jarvis is a novelist and criminal defence barrister, originally from London but now based in Manchester. Drawing on his experiences he writes both fiction and non-fiction with a particular understanding of the pressures and excitement of life in the English criminal courtroom. His debut novel, Death By Dangerous was longlisted for the CWA 2016 Debut Dagger. He went on to write the acclaimed Jack Kowalski series, set in Manchester. Cut-throat Defence and Unconvicted. For more information about his books visit his website.

Olly is also the creator of The Crime Hub, a website that brings together the different mediums of crime fiction, true crime and the realities of the Criminal Justice System. Contributors include Ann Cleaves, Stephen Fry, Alfred Molina and many more.