Books to Look Forward to From Headline 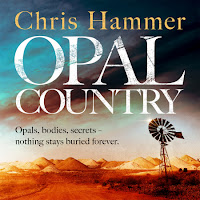 Opals… In the desolate outback town of Finnigans gap, police struggle to maintain law and order. Thieves pillage opal mines, religious fanatics recruit vulnerable youngsters and billionaires do as they please. Bodies… Then an opal miner is found crucified and left to rot down his mine. Nothing about the miner’s death is straight-forward, not even who found the body. Homicide detective Ivan Lucic is sent to investigate, assisted by inexperienced young investigator Nell Buchanan. But Finnigans Gap has already ended one police career and damaged others, and soon both officers face damning allegations and internal investigations. Have Ivan and Nell been set up, and if so, by whom? Secrets… As time runs out, their only chance at redemption is to find the killer. But the more they uncover, the more harrowing the mystery becomes, and a past long forgotten is thrown into scorching sunlight. Because in Finnigans Gap, nothing stays buried for ever. Opal County is by Chris Hammer. 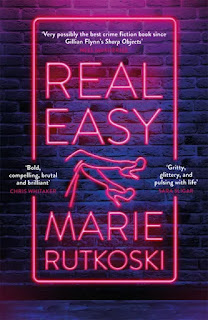 Real Easy is by Marie Rutkoski. It’s 1999, and Samantha has danced for years at the Lovely Lady strip club. She’s not used to taking anyone under her wing – after all, between her disapproving boyfriend and his daughter, who may as well be her own child, she has enough to worry about. But when Samantha overrides her better judgment to drive a new dancer home, they are run off the road. The police arrive at the scene of the accident – but find only one body. Georgia, another dancer, is drawn into the investigation as she tries to assist Holly, a detective with a complicated story of her own. As the point of view shifts from police officers and detectives to club patrons, the women circle around a list of suspects, all the while grappling with their own understanding of loss and love. As they get closer to the truth they must each confront a fundamental question: How do women live their lives knowing that men can hurt them? 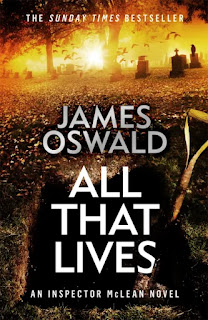 All That Lives is by James Oswald. An archaeological dig at the old South Leith parish kirkyard has turned up a mysterious body dating from around 700 years ago. The experts wonder if she wasn’t murdered and dumped, but some suspect that this gruesome discovery is a sacrifice, placed there for a specific purpose. Then a second body is unearthed. This victim went missing only thirty years ago – but the similarities between her death and the ancient body’s suggest something even more disturbing. Drawn into the investigation, McLean finds himself torn between a worrying trend of violent drug-related deaths and uncovering what truly connects these bodies. When a third body is discovered, and too close for comfort, he begins to suspect dark purpose at play – and that whoever put them there is far from finished.

Winter, 1607. A man is struck down in the grounds of Battle Abbey, Sussex. Before dawn breaks, he is dead. Home to the Montagues, Battle has caught the paranoid eye of King James. The Catholic household is rumoured to shelter those loyal to the Pope, disguising them as servants within the abbey walls. And the last man sent to expose them was silenced before his report could reach London. Daniel Pursglove is summoned to infiltrate Battle and find proof of treachery. He soon discovers that nearly everyone at the abbey has something to hide – for deeds far more dangerous than religious dissent. But one lone figure he senses only in the shadows, carefully concealed from the world. Could the notorious traitor Spero Pettingar finally be close at hand? As more bodies are unearthed, Daniel determines to catch the culprit. But how do you unmask a killer when nobody is who they seem? Traitor in the Ice is by K J Maitland. 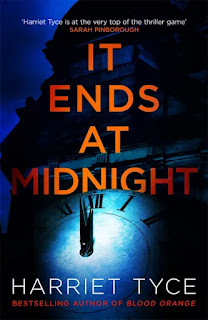 It Starts at Midnight is by Harriet Tyce. New Year’s Eve, when the clock strikes twelve. A lavish party in one of Edinburgh’s best postcodes is sent spiralling into chaos when two guests fall tragically from the roof, impaled on the cast iron railings below. For Tess, it was about more than reuniting with long lost friends. Recently diagnosed with an illness that could be terminal, it was her last chance to make things right. Having grown apart from her husband Marcus, she knew this would be the perfect opportunity to renew their vows, surrounded by everyone they love. Their time is running out. Tess’ closest companion Sylvie knows this better than anyone. She’s trying desperately to offer her friend some closure from the guilt that has plagued them both for decades. But as midnight approaches and the countdown begins, it becomes clear that someone doesn’t want a resolution. They want revenge. 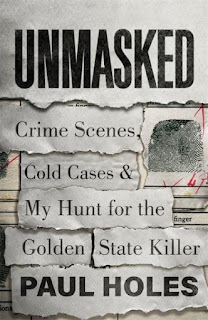 From the detective who helped catch the Golden State Killer, a memoir about investigating America's toughest cold cases, and the rewards - and toll - of a life spent solving crime. For a decade, from 1973, The Golden State Killer stalked and murdered Californians in the dead of night, leaving entire communities afraid to turn off the lights. Then he vanished, and the case remained unsolved. In 1994, when cold-case investigator Paul Holes came across the old file, he swore he would unmask GSK and finally give these families closure. Twenty-four years later, Holes fulfilled that promise, identifying 73-year-old Joseph J. DeAngelo. Headlines blasted around the world: one of America's most prolific serial killers had been caught. That case launched Paul's career into the stratosphere, turning him into an icon in the true-crime world. But while many know the story of the capture of GSK, until now, no one has truly known the man behind it all. In Unmasked: Crime Scenes, Cold Cases & My Hunt for the Golden State Killer Paul Holes takes us through his memories of a storied career and provides an insider account of some of the most notorious cases in contemporary American history, including Laci Peterson's murder and Jaycee Dugard's kidnapping. But this is also a revelatory profile of a complex man and what makes him tick: the drive to find closure for victims and their loved ones; the inability to walk away from a challenge - even at the expense of his own happiness. This is a story about the gritty truth of crime solving when there are no 'case closed' headlines. It is the story of a man and his commitment to his cases, and to the people who might have otherwise been forgotten. 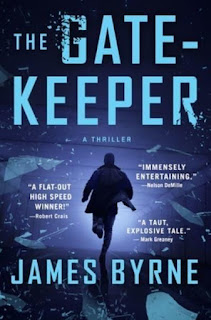 The Gatekeeper is by James Byrne. Dez’ Limerick is a “retired” British mercenary, checking out sunny Southern California when he finds himself in the wrong place at the right time, interrupting the kidnapping attempt of a military equipment corporation CEO’s daughter. Helping her to uncover a deadly plot buried within her own company, Dez exposes a sinister conspiracy that turns out to be bigger, more dangerous, and more personal at every explosive turn. 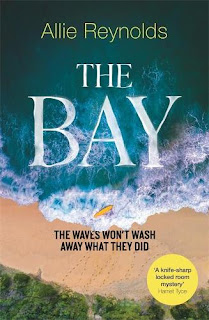 The tide’s coming in. Every wave seems to lap a little higher. Erasing, bit by bit, the traces of what I did. Kenna arrives in Sydney to surprise her best friend. But Mikki and her fiancé Jack are about to head away on a trip, so Kenna finds herself tagging along for the ride. Sorrow Bay is beautiful, wild and dangerous. A remote surfing spot with waves to die for, cut off from the rest of the world. Here Kenna meets the people who will do anything to keep their paradise a secret. Sky, Ryan, Clemente and Victor have come to ride the waves and to disappear from life. But what did they leave behind? And how will they feel about Kenna turning up unannounced? As Kenna gets drawn into their world, she sees that everyone has their own fears to overcome and secrets to hide. What has her best friend got involved in and can she protect her? Because there’s one thing that each member of the tribe keeps telling her: nobody ever leaves. A word of warning. This place isn’t perfect, nor are the people here. There’s a darkness inside all of us and The Bay has a way of bringing it out. Everyone here has their secrets but we don’t go looking for them, because sometimes it’s better not to know. The Bay is by Allie Reynolds.

The only advantage to the strange things that have happened to Time under lockdown is that 2022 will be here before we know it.Especially looking forward to James Oswald..read the whole series so far.