Laurence O'Bryan asks himself - Why the Hell Do I Do This? 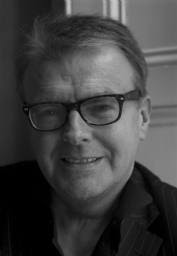 Today’s guest blogger is debut author Laurence O’Bryan whose first novel in the Sean Ryan and Isabel Sharp series The Istanbul Puzzle is published today. The Istanbul Puzzle starts when Sean discovers a friend and colleague has been beheaded in Istanbul. Laurence worked his way up from being a plate scraper in a gentleman’s club in the City to winning a three-book deal with Harper Collins UK. On the way he got lost in the fleshpots of London, got rescued by his wife and straightened out after the birth of his daughter. But why does he write?

That’s a good question. I always had it at the back of my mind that I would write novels. It’s a cliché, I know, but it’s true for me. I had a hole inside me for many years, one that I tried to fill up with alcohol and lots of other stuff, but I never succeeded in filling the hole until I began to write.

Some people talk about an emptiness deep inside as a reason for finding religion. I think it’s an emptiness at the heart of modern western culture. We consume so much, only to find out that there’s something better just about to arrive, which we must get our hands on. The consumption wheel never ends. It can’t. We are mostly hamsters on the wheel of life.

Until we start to create. When I create words and stories, and sometime the pictures that are linked to them in my imagination, I feel sated, not guilty. I feel proud, not fooled by empty promises.

The reason I write is also to do with my personal history. I spent many happy hours in the company of Rider Haggard, Asimov and Tolkien and I want to recreate that happiness. I need to create something of value too and writing suits that purpose. When I was a boy I created my own Dr Who stories for my neighbours. My imagination was often remarked on. Perhaps I imagined too much. 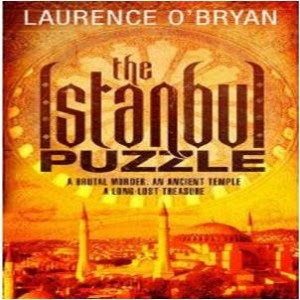 But I enjoy writing more than almost anything else. It allows me to spin words, to test theories, and to find out what’s going to happen to the characters I create. It also allows me to work at home, to see my children a little more than if I had to pursue a 9 to 5 existence, as I spent many years doing in the past.

The life of a writer is everything you thought it might be, but with added anxiety, especially at the point I’m at, with my first novel hitting the bookshelves on the 19th January. You see, I still don’t know whether the world will like my baby. And it’s taken me years to get to this point! I decided to write my first novel back in 2000. And only now am I making some money from it. I think I’m just a slow learner. If you want to see what all that work has produced, and you like an adventure story with romance and mystery thrown in, come over to lpobryan.wordpress.com or pick up The Istanbul Puzzle in your local bookshop.

I hope you have a great 2012 pursuing whatever dreams you want to pursue. Mine are on the cusp of becoming real. And if they don’t, I can always go back to cleaning dishes!