Books to look forward to from Bitter Lemon Press 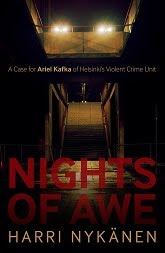 During the period known as the Days of Awe that lead up to Yom Kippur, Ariel Kafka, inspector in the Violent Crime Unit of the Helsinki police and one of two Jewish policemen in Finland, is confronted with the most difficult case of his career. Two Arabs are killed near the capital and, shortly after, Kafka discovers two more bodies at an Iraqi-owned garage. Are these deaths evidence of gang warfare or international terrorism? When it transpires that an Israeli Minister will make an unofficial visit to Helsinki, matters become truly complicated. The Finnish Security Police and Mossad all have a role to play and Kafka is on a trail that leads back to his youth. Nights of Awe is by Harri Nykanen and is due to be published in February 2012. He has twice won the Finnish Crime Fiction Award “The Clue” (Johtolanka) in 1990 and 2001.

The Tyrant by Jacques Chessex is a haunting work, reminiscent of Albert Camus, which portrays, with exquisite psychological detail, the emotional crisis in the life of Jean Calmet, a young Swiss schoolteacher. As we watch the father’s cremation in the opening chapter, we sense that, even though his father’s body has been reduced to ashes, his spirit survives to haunt Jean. His father’s prodigious vitality and virility had crushed his family and ruined his son’s childhood. Even after his father’s death, Jean cannot be free. The parental ogre’s actions continue to suck Jean into a vortex of despair. The Tyrant is due to be published in March 2012. 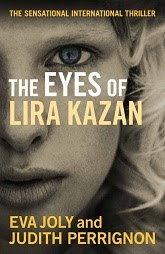 In Lagos operatives of the Norwegian secret service extract Nwankwo, head of financial investigations for the Nigerian government, and deliver him to London. Felix, a junior prosecutor in Nice, is called to investigate the violent death of the wife of a powerful banker based in the Faroe Islands. His investigation takes him to London. In St. Petersburg, Lira Kazan, a journalist famed for her anti-corruption investigative work decides to go to London to report on an oligarch involved in arms deals. An investigation too far for all three as Lira, Felix and Nwankwo become allies and witness a series of killings, obviously linked by financial and political interests. They are isolated, terrified, and end up pursued by the oligarch’s men, the Western secret services and goons sent by Nigerian oil magnates. It ends wonderfully at a dinner at Versailles, honouring the oligarch and attended by the British Prime Minister and the French President, which ends in chaos triggered by a series of tweets disclosing the foul play all have entered into. The Eyes of Lira Kazan is by Eva Joly who is a member of the European Parliament for France and Judith Perrignon a French thriller writer. The Eyes of Lira Kazan is due to be published in April 2012

No Sale is by Patrick Conrad and is due to be published in June 2012. Must each man kill the 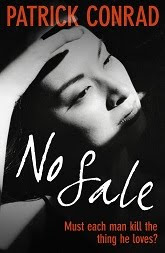 thing he loves? For Victor Cox, a professor of film history, the Hollywood films noirs of the 1940s and 1950s are more real than his daily life. When his wife is found drowned, Cox is the first murder suspect. He falls in love with a student who looks like the 1920s film star Louise Brooks, but she disappears at a Belgian seaside resort. Smeared in lipstick in their hotel room are the words “No Sale”, the same words Elizabeth Taylor wrote on a mirror in Butterfield 8 (she won her first Oscar in that film). Subsequently, a series of gruesome killings of young women, all modeled on violent deaths in films that he knows and loves, lead the police back to Cox, who starts to doubt his own sanity and innocence. With its stylish writing, pointed references to cinema classics, and blend of horror and humor, this is a powerful psychological thriller. No Sale won the Diamond Bullet Award, the Dagger award for Belgium. 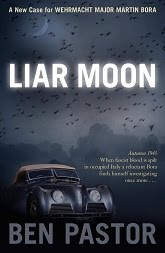 Liar Moon is by Ben Pastor and is due to be published in January 2012. Italy, autumn 1943, the Italian government has switched sides and declared war on Germany. Italy is divided, the North controlled by the fascists, the South liberated by Allied forces slowly fighting their way up the peninsula. Having survived hell on the Russian Front, Wehrmacht Major and aristocrat Martin Bora is sent to Verona. He is ordered to investigate the murder of a prominent local fascist: a bizarre death, threatening to discredit the regime’s public image. The prime suspect is the victim’s twenty-eight year old widow Clara. Not far from Bora’s headquarters, Italian police inspector Sandro Guidi, is facing a difficult case, involving an elusive serial killer. The two join forces but, haunted by his record of opposition to SS policies in Russia, Bora must watch his step. Against the backdrop of relentless anti-partisan warfare and the tragedy of the Holocaust, a breathless chase begins.
Posted by Ayo Onatade at 12:34