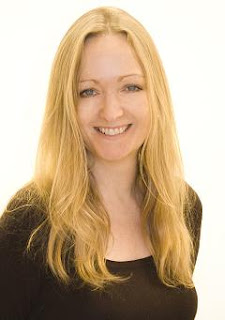 Today’s guest blogger is Lynn Shepherd. Tom-All-Alone’s is her second novel to be published and features Charles Maddox a descendent of the Charles Maddox found in her debut novel Murder at Mansfield Park. It is due to be published in the US on 1 May 2012. Lynn offers us pass-notes on her Victorian investgator. More information about Lynn and her work can be found on her website www.lynn-shepherd.com. You can also follow her on Twitter @Lynn_Shepherd.

Charles Maddox is the young detective at the heart of Lynn Shepherd’s Dickensian murder mystery, Tom-All-Alone’s, which is published by Corsair on February 2nd. The title Tom-All-Alone’s is one of the alternatives Dickens considered using for Bleak House (as is the US title, The Solitary House), and Lynn’s story runs in parallel with Dickens’ plot and draws in some of his most memorable characters, though in a completely new story that stands on its own. Charles Maddox is most definitely Lynn’s own creation, and here’s our low-down of this intriguing new boy in dark and dirty London town….

Let’s start with some background

It’s 1850, and Charles Maddox is 25. As the book opens he’s living in a room in a lodging-house near the British Museum with his cat, Thunder. As you look round his room you can tell that this is a young man with a scientific bent – the whole place is crammed with his books and maps and his precious collection of specimens, which range from fossils to shells to stuffed birds. As for his appearance, he looks rather like Tom Hiddleston (or so Lynn tells us!). He has charm, no mistake about that, though he seems rather engagingly unaware of it, and if he’s vain about anything it’s certainly not his clothes. 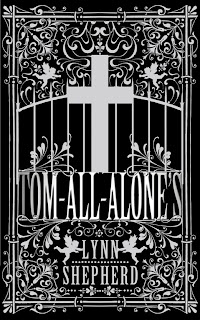 So how did he become a private detective, of all things?

The key thing here is that this Charles Maddox is not the first. Young Charles is the great-nephew of the first Charles Maddox, the great Regency thief taker who solved the mystery in Murder at Mansfield Park. Of course old Maddox is elderly now, and quite early in Tom-All-Alone’s Charles moves from his lodgings to his great-uncle’s house in Buckingham Street, between the Strand and the river. The old man has become erratic of late – lucid one minute, and angry and violent the next. The disease that afflicts him won’t be identified for at least another 50 years, but Charles is sure of one thing: his uncle needs him. He’s idolised Maddox since he was a little boy, and the two of them are far closer than Charles has ever been to his own father, who’s a distinguished doctor, though distant and aloof. It was his father who insisted Charles follow him into medicine, and his father who was incensed when he gave it up less than a year later and joined the Metropolitan Police.

But didn’t you say he was a private detective?

Indeed he is. Because he made the mistake of tangling with Inspector Bucket, the formidable detective of Bleak House, and questioning his judgement in the investigation of the murder of a low-life called Silas Boone. One charge of insubordination later and Charles is back on the street, trying to establish himself on his own, just as his great-uncle did all those years ago. Only business is slow, and the only case he has is threatening to prove a dead end. It’s this case – the disappearance of a baby from a workhouse 16 years before – that brings Charles to the broken-down and rat-infested graveyard of Tom-All-Alone’s, at the opening of the book. 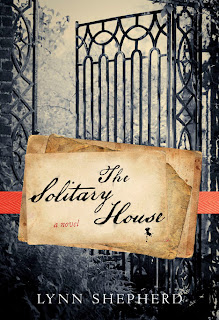 So what sort of person is Charles?

Clever, quick-witted, and resourceful. Acutely observant of other people’s behaviour and motivations, but very much less so when it comes to his own. Hot-tempered and impulsive (that skirmish with Bucket wasn’t the first time his temper has got him into trouble, and it won’t be the last). He’s also extremely reserved, and rarely willing to become emotionally involved with anyone, with the sole exception of his cat, and his uncle Maddox, whom he loves and reveres in almost equal measure, though even their relationship can hardly be described as frank and open. As to why that might be so - you will have to discover for yourself…

How does he become involved in the story of Tom-All-Alone’s?

He’s hired by Edward Tulkinghorn, the formidable lawyer of Bleak House, to track down the man who’s been sending threatening letters to one of his rich and powerful clients. But what starts as a simple commission rapidly turns into something deeper and darker, which will pitch Charles into open antagonism with Tulkinghorn, and threaten to expose a terrible secret he will stop at nothing – even murder - to conceal...

Hi. I have just finished Tom-All-Alone on my kindle. Brilliant. Was hoping to find there was a series, but alas, it seems that if there is one, it isn't written or at least published yet.

So, Lynne, do keep writing!