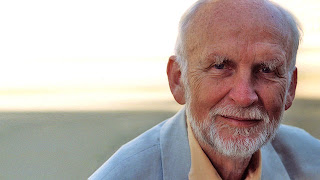 Reginald Hill author of the bestselling series Dalziel and Pascoe has died at the age of 75 after a brain tumour. He was regarded as one of Britain's most consistently successful crime writers and had a huge loyal following. He was best known for his Dalziel and Pascoe (Supt Andrew Dalziel and Sgt Peter Pascoe) series the first of which was entitled A Clubbable Woman (1970). In the original pilot they were portrayed by the comedians Hale and Pace but when the television series was finally commissioned the characters were subsequently played to perfection by Warren Clarke and Colin Buchanan and were adapted for television by the BBC between 1996 to 2007.

Reginald Hill was also the author of five books featuring Joe Sixsmith, a black machine operator turned amiable private detective in a fictional version of Luton. The first book in the series was Blood Sympathy (1993) and the last book to be written featuring Joe Sixsmith was The Roar of Butterflies (2008).

Sadly it was to take twenty years before he won the Crime Writer's Association Gold Dagger with his novel Bones and Silence in 1990. Bones and Silence was also nominated for an Edgar Award® for Best Novel. In 1995 he was awarded the Crime Writer's Association Cartier Diamond Dagger for Lifetime Achievement. In 1999 On Beulah Heights was nominated for an Anthony Award for Best Novel. In 2004 his novel Good Morning, Midnight won The Mystery Thriller Book Club People's Choice Award. His novel A Cure for All Diseases was shortlisted for the 2009 Theakston Old Peculier Crime Novel. His short story On the Psychiatrist's Couch won the CWA Short Story Dagger in 1997.

Hill also wrote more than 30 other novels under the names Dick Morland, Patrick Ruell and Charles Underhill. Many of these books have been republished under his name Hill.

His last Dalziel Pascoe novel Midnight Fugue appeared in 2009. His last published novel The Woodcutter was published in 2010.

The Telegraph obituary can be read here, whilst the Independent obituary is available here.

A tribute from Martin Edwards can be read here.

The death of Reginald Hill is a blow to the crime writing community and he will be sorely missed by not only his fellow crime writers but also his fans. Our condolences go to his family.

Deadly Pleasures Mystery Magazine gave Reginald Hill two Barry Awards, one for ON BEULAH HEIGHT and another just last year for THE WOODCUTTER.