THE ALPHABET IS NOT ENOUGH 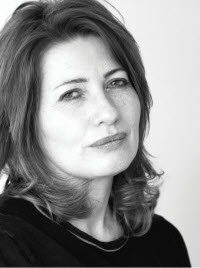 Today’s guest blog and the first blog of the year is from Belinda Bauer. Belinda’s first novel Blacklands was nominated for the CWA debut dagger and won the CWA Gold Dagger in 2010. She is the first author since 1973 to win the Dagger with a debut novel. A former journalist and screenwriter her script the Locker Room earned her the Carl Foreman/Bafta Award for Young British Screen Writers. Her latest novel is Finders Keepers – The eight year-old boy has vanished from the car and – as if by slick, sick magic – had been replaced by a note on the steering wheel. …. You don’t love him. Finders Keepers is published today.

Why not be a writer?

We’ve all seen the ads. Back of the Sunday newspapers, or in magazines aimed at those of us in love with reading who nonetheless dream – fantasize – of cheating on reading with the dirty little whore that is writing. Of doing it for money. In public!

Most people never dare. Most people might scribble a few lines; a poem. They may keep a teenaged short story in the back of a bottom drawer and take it out when everyone else is asleep and think ‘this is good; I was good’ – and wonder: Could I do it? Should I?

Most people don’t do it. And – to be brutally honest – most people are right. Some people could and should be writers. Most people can’t and shouldn’t and never will be.

But writing for fun and writing professionally are two different animals. In a few years time I sincerely hope to have forgotten what it was ever like not to write professionally, and so I thought I’d get this down while the memory of wanting to succeed, and yet failing, is still nice and raw. Still hurts. Still feels uncomfortably close behind me, like a big, scary dog following me home from the park, panting on my ankles.

Writing is like anything else in life and like nothing else at all. There’s something about writing that makes otherwise rational people think they can do it, when they would shrink from feats that require similar innate talent. Learning to be a writer is like learning to be Usain Bolt. It can’t be done. You might train hard enough to run, and run well. But having legs and a dream doesn’t win Olympic gold. Writing is not a career to be embarked upon on a whim. Yet for some curious reason, there are people out there who seem to believe that once they’ve mastered the alphabet, they’re equipped with all they need to write a bestseller.

And, even more worryingly, there are other people out there who are happy to indulge them – for a price. Thus, why not be a writer?

Of course, it’s tempting to think that all we need is a bit of practise and a few tips, for our fledgling talent to grow feathers and soar away on the wings of literary recognition. Luckily for me, it was left to a friend of mine to dip her toe into the water of a correspondence course that promised just such results – not to mention a virtual guarantee of a career at the end of a pen. What happened next convinced me that mine was money well saved.

My friend – let’s call her Jamie – was a keen reader but she was no writer. I could tell that halfway through her first paragraph. Her prose was wooden and dull – as if English was her second language. Even worse, she had no grasp of how to tell a story – or even of what a story was. However, she was buoyed by what looked suspiciously like an economy with the truth in the notes she was being given. Oh, there was plenty of red pen, but embarrassing holes in her style and content were overlooked in favour of schoolroom comments about semi-colons and formatting. Now and then the ‘tutors’ would suggest sensible improvements but at no point did they tell Jamie the obvious truth – that she was never going to make it as a decent writer of anything more than a shopping list.

It shocked me and depressed me. Jamie wasn’t in this for the fun; Jamie was paying hard-earned money in the hopes of moving out of a dead-end job and up in the world. She believed the brochure’s claims of thousands of pounds to be made from magazine short stories, editing from your bedroom, and rocketing up the fiction charts. Instead of that, her destiny was to be misled by the people who were being paid to help her improve her writing.

I blushed at my own naiveté and pitied Jamie’s. Of course, these organisations are in it for the money, and who am I to stifle free trade? And it certainly made Jamie a happier person – for a while. But something inside me balked at the idea of deceiving a writer. Isn’t writing about truth? Isn’t misleading someone who is seeking the truth – however deluded they may be – a cruel trick? Isn’t there something about writing – of all creative endeavours – that requires honesty? Professional writing is not singing in the shower – it needs an audience to fulfil its destiny, and must therefore satisfy more than just the perpetrator. It has to take its chances in the competitive world of editors and agents and publishers if it is to find a market, however small and meanly paid. 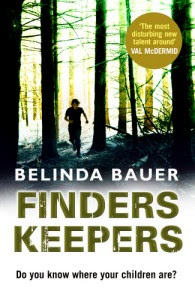 I admit that I could not be honest with Jamie. At the time I had less than no writing credentials, and the idea of bursting her bubble of happiness with what may well have seemed churlish criticism, made a coward out of me. But had I enjoyed the distance of an envelope and a red pen, it would have been a carefully worded different story. At the end of the first year, Jamie got glowing marks – and encouragement to sign up for a second. No job, no change in circumstances, only confusion, disappointment and a hole in her pocket. And I got a bad taste in my mouth.

Writing is not something you can be taught like times tables. It’s not a logical or quantifiable. If the ad said: Why not be a millionaire? we would all find it laughable. But I guess some people would still sign up for the correspondence course…

That’s not to say that you can’t improve your writing and, for a few people, improvement is all they need to make it a viable career. But you have to have enough self-awareness to know whether you’re that kind of person.

So, if you want to be a writer, first be honest with yourself. Give your writing to someone who doesn’t love you. Then listen to their opinion with an ear primed for bullshit. If someone tells you your work is ‘interesting’; if they look at the kettle when they say that it’s great; if they never speak of it again, then I will be honest with you, if not with Jamie, and tell your that it’s back to the drawing board. If you see this pattern repeated over the years, then do yourself a favour and quit. Or at least quit showing your writing to other human beings. There’s no shame in failing when you’ve done your best. No shame in trailing in behind Usain Bolt. Sometimes your best is never going to be good enough. If that’s the case then enjoy it for what it is – a pastime that brings you pleasure, but is unlikely to pay the milkman, let alone the mortgage. You are a fun-runner, not a medallist. Learn to let it go.

On the other hand, if people get excited talking about your work; if they are moved; if they pester you for more – but if they are also not your mother, or someone who would like to have sex with you – then you’re probably doing something right. You are the person who would benefit from a writing course – a real life workshop, class or retreat, where you can see the whites of people’s eyes. It really doesn’t matter what it’s about – they are all inspirational. They push you to do your best work, and are an immediate measure of it. They offer support and encouragement and funny anecdotes about rejection letters that make you know you are not alone. Just being around the creativity of others is a joy that can last for months. Not a bad investment in a job where you have to be your own slave driver and motivational speaker.

And if you want unfettered honesty, then post your writing online and invite the slings and arrows of random, real and – most importantly – anonymous people. There are myriad writing and fan sites where you can test your mettle and get a reality check without laying out a single penny. Even when their identities are veiled, people are usually generous with their praise for a job well done, and cavernously silent if your work has not impressed.

If you’re still in one piece after all the honesty, then enter competitions. Good, industry-related competitions guarantee you at least one professional read, which is above rubies to most new writers. Winning, or even being shortlisted for, a respected contest – as my first novel Blacklands was for the CWA Debut Dagger – can be life-changing. One week I was unpublished and about to default on the mortgage, the next I had an agent and a two-book deal. My agent warned me not to buy a Ferrari; I told her that just using my central heating was going to be luxury enough for a long time to come.

So, why not be a writer?

Well, when it’s good, it’s very very good but – like the little girl with the little curl – when it’s bad it’s horrid. Heartbreak beckons on every corner – even for the most talented and the most dogged. Luck is a wild card that can make you or break you, regardless of your skill and dedication. And, even if you’re fortunate enough and good enough to get a book or story published, that’s only a foot in the door of your future. That’s when the real work starts, when you have to consolidate your position and build a career to a remit, a deadline and a marketing model. It’s a rollercoaster, where the ups are slow and difficult and the downs are dizzying drops – and where only a lucky few avoid the ravages of self-doubt, writer’s block and haemorrhoids.

I wouldn’t want to face that kind of attrition armed only with an ego bloated by the false praise of people who have a vested interest in my failure.

More information about Belinda and her work can be found on her website.
Posted by Ayo Onatade at 06:04

Fantastic advice, loved reading this. Honest, clear and pulling no punches. Like your prose. Thanks - oh and I loved Finders Keepers, which I've reviewed for Reviewing the Evidence (should be online soon).

It's important, too, to remind aspiring writers that most professionals *don't* make lots of money. We still worry about the mortgage, and you're only ever as good as your publishing record.

Brilliant post. Should be read by every wannabe - and I would include in your last paragraph some of the so called indie publishers. Not all, obviously, but some...

An excellent post. It should be read by all aspiring authors. Many thanks.

I have to disagree. I think you can learn most, if not all the skills of writing. True we can't all be Dickens/ Eliot/Bronte/Orwell/Mantel/Eugenides (insert literary hero of choice) just like every runner can't be Usain Bolt, but we can be bloody good storytellers. And get better at it with every story we tell.

If the possibility of improvement is a given, then surely someone can move from zero to hero with enough perspiration, dedication and the guts to fail and try again.