Books to Look Forward to from Faber & Faber 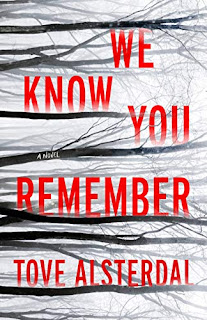 The case was closed. Everyone in Adalen remembers the summer Lina Stavred went missing. At first, the investigation seemed like a dead end: there was no body, no crime scene, no murder weapon. The records were sealed. Then a local boy confessed to Lina's murder. The case opened a wound - one the whole community has spent over two decades trying to heal. But we know you remember. Now Lina's murderer has reappeared, and detective Eira Sjoedin must face the spectre of his brutal crime. This is her chance to untangle years of well-kept secrets - but the truth is something Adalen would rather forget. We Know You Remember is by Tove Alsterdal. 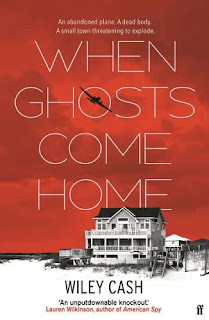 When Ghosts Come Home is by Wiley Cash. An abandoned plane. A dead body. A small town threatening to explode. 'A searing, thunderous, heartbreaking thriller. Wiley Cash has talent to burn.' Chris Whitaker Winston did not hear it so much as feel it as it passed over their house and into the trees across the waterway. The sheriff struggling for re-election and haunted by his past. The mystery plane which crash-lands on his island. The daughter returning home to hide from her troubles. The FBI pilot sent in to help. As the mystery of the abandoned plane and the dead body stokes long-simmering racial tensions, a moment of reckoning draws ever closer for the town of Oak Island. 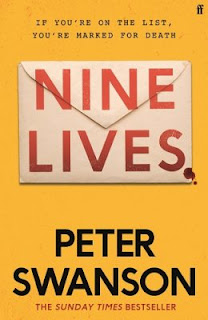 Nine Lives is by Peter Swanson. If you're on the list you're marked for death. The envelope is unremarkable. There is no return address. It contains a single, folded, sheet of white paper. The envelope drops through the mail slot like any other piece of post. But for the nine complete strangers who receive it - each of them recognising just one name, their own, on the enclosed list - it will be the most life altering letter they ever receive. It could also be the last, as one by one, they start to meet their end. But why? 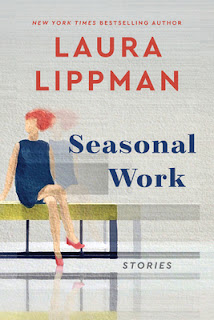 From 'The Everyday Housewife' to 'The Cougar', 'Tricks' to 'Snowflake Time', Laura Lippman's sharp and acerbic stories explore the contemporary world and the female experience through the prism of classic crime, where the stakes are always deadly. And in the collection's longest piece, the novella 'Just One More', she follows the trajectory of a married couple who, tired of re-watching 'Columbo' re-runs during lockdown, decide to join the same dating app: 'Why would we do something like that?' 'As an experiment. And a diversion. We would both join, then see if the service matches us. Just for grins...' Seasonal Work and Other Killer Stories is by Laura Lippman.

1 September, 1939. As the mass evacuation takes place across Britain, thousands of children leave London for the countryside, but when a little girl vanishes without trace, the reality of separation becomes more desperate and more deadly for those who love her. In the chaos and uncertainty of war, Josephine struggles with the prospect of change. As a cloud of suspicion falls across the small Suffolk village she has come to love, the conflict becomes personal, and events take a dark and sinister turn. Blending a Golden Age mystery with the timeless fears of a child's abduction, Dear Little Corpses by Nicola Upson is an atmospheric snapshot of England in the early days of war.