Lies That History Tells Us by Dominic Nolan 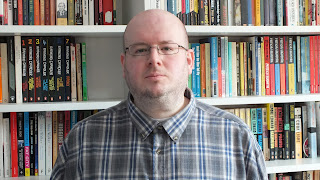 HISTORY IS NOT FACT, IT IS NARRATIVE. That’s worth repeating a few times. History is constantly changing. As I write this, historians have dated an Egyptian mummy to a thousand years before the sophisticated mummification process that preserved it was previously thought to have existed, significantly altering what we thought we knew about the Age of the Pyramids. As Professor Salima Ikram, head of Egyptology at the American University in Cairo, notes: “If this is indeed an Old Kingdom mummy, all books about mummification and the history of the Old Kingdom will need to be revised.”

History is not fact, it is narrative. English can be an unhelpfully ambiguous language at times. Let’s look at that word, “history.” It is commonly used to refer to the events of the past, yet it also isn’t the events of the past at all but is the discourse we have with those events. The continuous record we create of the past. We shape the past into a narrative from a multitude of sources – physical evidence, for sure, but also written testimonies, i.e., other narratives. History, like fiction, is a way people have of coming to terms with themselves, of defining themselves through the agency of words. All narratives are ultimately attempts at saying what the world feels like.

History is not fact, it is narrative. There is really less to distinguish fiction from nonfiction than might commonly be believed. Historians make choices, just like novelists. No historian simply compiles an itinerary of past events. They emphasize, they project, they disproportion. These are all things I did when writing Vine Street, which starts with a series of real-life murders in 1930s Soho. They remain unsolved to this day, but that fact was inconvenient, so I changed it. For a historian, facts are things to be proved and documented. For me, they are things to be manipulated, or even destroyed.

History is not fact, it is narrative. To misquote F. Scott Fitzgerald, being a writer is to hold two opposing ideas in the mind at the same time and retain the ability to function. On the one hand, as a writer my personal priority is not fidelity to historical facts, but fidelity to authenticity. My Soho is populated by real figures from history, some of them doing things they actually did, and others doing things they certainly did not. My hope is that the reader finds it all so plausible that in the end it makes no difference what did happen and what did not. Research and a genuine knowledge of the period in question allow me to roam freely within my subject, but also unfetter me from any particular historical data.

History is not fact, it is narrative. On the other hand, whilst embracing an irresponsibly cavalier attitude toward fact myself, I am always aware of the immense debt I owe historians. The work they do proving and documenting facts is essential for me – without them first establishing “what could be possible,” it would be impossible for me to write my fictional narratives. Without them establishing ground rules of historical fact, I could not establish authenticity in my fiction. However, when that fiction is written, it must stand on its own legs, provide its own moral context, otherwise as an art form we are saying it is reducible to a dependent offshoot of other, purer forms of narrative, such as history and sociology. I don’t believe that to be true.

History is not fact, it is narrative. Probably we want historians to be more responsible liars than I am. Raymond Carver’s last published short story before his death, “Errand,” dramatizes the death of one of his literary heroes, Chekhov, at the Hotel Sommer in Badenweiler (an event his widow Olga recounted in her memoir). For details, Carver leaned heavily on Henri Troyat’s biography, written just a few years previously, but also added a healthy dollop of poetic licence with the introduction of a dishevelled porter bringing champagne to the dying writer’s room. In Reading Chekhov, Janet Malcom reminds us that this imagined character seeped into a later biography of Chekhov, with Philip Callow inexplicably including him (as well as other unattributed colour created by Carver) in Chekhov: The Hidden Ground.

History is not fact, it is narrative. That a biographer would document fictional composition as historical fact would mortify historians, but as a writer of fiction it is surely the highest honour. To write something fictional, and yet so historically authentic that it was mistaken for proven fact, is surely what all novelists dream of. Although he didn’t live to see it, Carver literally changed history. What I would give for an imagined aspect of my Soho to turn up in some future historian’s narrative, to worm its way into the historical record. I want the Soho of Vine Street to feel that real. 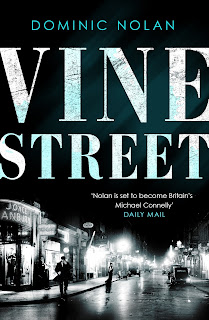 Vine Street is published in hardback, digital, and audio by Headline on 11th November 2021.

Soho, 1935. Sergeant Leon Geats' patch.  A snarling, skull-cracking misanthrope, Geats marshals the grimy rabble according to his own elastic moral code.  The narrow alleys are brimming with jazz bars, bookies, blackshirts, ponces and tarts so when a body is found above the Windmill Club, detectives are content to dismiss the case as just another young woman who topped herself early. But Geats - a good man prepared to be a bad one if it keeps the worst of them at bay - knows the dark seams of the city.  Working with his former partner, mercenary Flying Squad sergeant Mark Cassar, Geats obsessively dedicates himself to finding a warped killer - a decision that will reverberate for a lifetime and transform both men in ways they could never expect.