What a Coincidence! By Peter Bartram 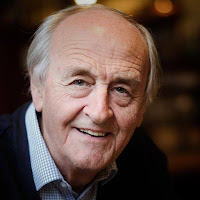 Peter Bartram recalls a surprise he had while writing his latest Crampton of the Chronicle mystery.

Coincidences happen! When I was writing The Tango School Mystery, one of my earlier Crampton of the Chronicle novels, I was pondering over whether to include a scene where a man is eaten by feral pigs. Was it likely that pigs would eat human flesh – especially if there weren’t any vegetables on the side?

The next day, I opened a newspaper and there was a headline: MAN IN ROUMANIA EATEN BY PIGS. Apparently, the bloke was blind drunk at the time and had fallen asleep in the pigsty.

When I was writing The Mother’s Day Mystery, I hummed and hawed over whether to include a posh schoolboy who’d put the black on one of his teachers. Could that really happen? Voila! There in the paper was the story of a truant lad who’d nicked £52,000 from his famous public school – and then demanded £10,000 in Bitcoin to stop the thefts. He’d also lobbed firebombs onto a motorway because he “wanted to kill somebody”.

And so, to the latest in my Crampton of the Chronicle series, The World Cup Mystery and a coincidence of a different kind. The book is set in July 1966 during the closing days of the football contest which England won.

If, like me, you were watching the final on the black and white telly in the corner of your sitting room, you’ll recall that in the last minute of extra time Bobby Moore lifted the ball up field to Geoff Hurst. The ref was already looking at his watch. Some spectators had invaded the pitch.

And BBC commentator Kenneth Wolstenholme was telling viewers: “They think it’s all over.” He hadn’t reckoned on Hurst who took the Moore pass, sprinted towards the West German goal, and drove the ball into the back of the net. “It is now,” Wolstenholme added unnecessarily.

The second most dramatic moment in the World Cup had happened four months earlier in March. The Jules Rimet Trophy – the World Cup – had been nicked from an exhibition in the Central Hall, Westminster, where it was the star turn. It was arguably the most daring theft since 1911 when museum worker Vincenzo Peruggia walked into Paris’ Louvre, lifted the Mona Lisa off the four pegs which held it to the wall, and exited via the service door.

In the case of the World Cup, on a Sunday, when the exhibition was closed, persons unknown had unscrewed a bar securing doors to the hall. They’d used bolt cutters to remove the chain from the display case holding the cup, and left the way they came. All while the two guards hired to keep the trophy safe were doing a tour of inspection in other parts of the building.

And all while several hundred Methodists were no doubt singing a lusty hymn by Charles Wesley. Lo! He Comes with Clouds Descending would have fitted the moment, if they’d known what was happening in another part of the building.

And then it was. By a dog called Pickles under a hedge in Beulah Hill, part of south-east London. It was wrapped in newspaper. The trophy, of course, not the dog. The cup was taken by the dog’s owner, David Corbett, to Gipsy Hill police station from where it was passed on to the Cannon Row cop shop.

The cops telephoned the Football Association and – wait for it – asked them to send someone to make a formal identification. (Like it could be confused with hundreds of Jules Rimet lookalike trophies being handed in.) The FA sent a man called Harold Mayes, who’d been hired to handle the publicity for the World Cup, to make the ID.

And, at last, to the coincidence. (About time, too, I hear you cry.)

For, three years later, when Harold was managing editor of a Fleet Street magazine publisher, he gave me my first job as a journalist, after I’d left university.

The thing is he never told me of the moment that had earned him a footnote in the history books. Strange because, wonderful man as he was, he was never shy about recounting the triumphs of his career, especially over a beer or two. (“Did I ever tell you how I advised Montgomery to defeat Rommel in the Western Desert?”)

But I was pleased to discover his link to the trophy theft, even so many years later. It kind of gave me a personal link to the story I was telling in my book.

Ah, the book! How the Jules Rimet trophy came to be under that hedge has never been explained. But you’ll find a fictional account of how it came there – and how it was linked to an even more deadly crime - in The World Cup Mystery. Harold was a great teller of tales, and I hope he would have enjoyed this one. 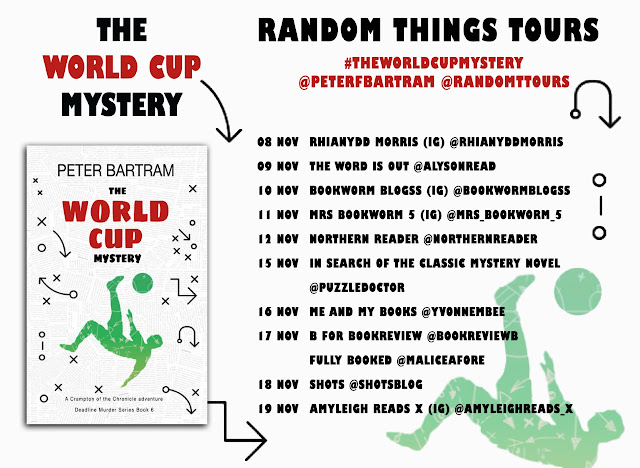 The World Cup Mystery, by Peter Bartram is published by TBP and available on Amazon as a paperback (£9.99) or Kindle e-book (£2.99): https://getbook.at/twcm. 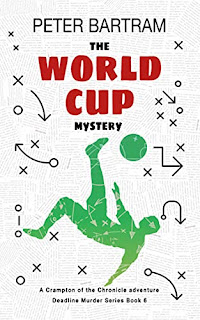 A KILLING BEFORE KICK-OFF…It’s July 1966 – and England is football crazy as fans cheer their team on to win the World Cup. There are millions who’d kill for a ticket to the final in London’s Wembley Stadium. Then café owner Sergio Parisi is found murdered in his own kitchen – and his World Cup Final ticket missing. As Evening Chronicle crime reporter Colin Crampton chases down the story, he discovers the ticket theft could be part of an even deadlier crime. There are laughs alongside the thrills as England closes in on victory – and Colin, with his feisty girlfriend Shirley Goldsmith, close in on the killer.

Thanks so much for the blog tour support xx