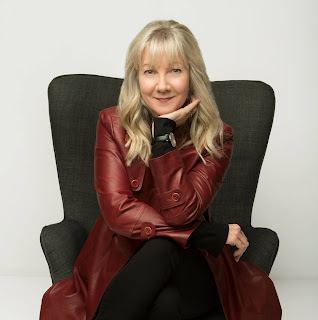 Serial arsonists make great antagonists in crime fiction. There is something incredibly sinister about their modus operandi. The FBI defines serial arson as, “an offense committed by fire setters who set three or more fires with a significant cooling-off period between fires.” But what motivates arsonists? What are their personality traits? And how can authors use this information to create fascinating and terrifying characters?

I began researching arsonists when I was writing The Safe Place in which a serial killer uses fire to cover up his crimes. The story is set in Washington in a small country town threatened by wildfires. Jessie Lewis witnesses the killer lighting a house fire, just before she is knocked unconscious. She becomes his next target. The mystery at the centre of the book is the identity of the serial arsonist. The suspects display one or more of the six personality traits that profilers and psychologists attribute to serial arsonists. One of the most frequently referenced reports on the motivations of serial arsonists and their typical offender characteristics was undertaken by the Behavioral Science Unit of the FBI in 1980. They concluded that arsonists tend to crave power, adulation and even sexual thrills. They find fire beautiful and many love to watch it wreak its magnificent destruction. Often, they are loners who have been rejected by their community. But not always. Some of the most famous arsonists were popular, family men. The six generally recognised motivators are:

My central character, Jessie, is the main suspect. A former volunteer firefighter, she not only knows how to put out fires, she also knows how to start them and get away with it. Jessie is ostracised from her hometown and lives alone in the forest. Why she is ostracised has nothing to do with fire and everything to do with the domestic violence she suffered at the hands of her then boyfriend. This doesn’t matter to the local sheriff who regards Jessie as a liar with an axe to grind. Revenge-based arsonists are, according to experts, usually adult males in blue-collar jobs, which means that Jessie is an unusual candidate. Another character in my thriller, Bill Moran, is an old man who lives in the forest surrounded by junk cars. He likes to climb on the roof of his cabin and watch the wildfires in the distance as they burn through the national park. It turns out that he, and another character, have motives for revenge.

These arsonists are the thrill-seeker who light wildfires and/or burn down occupied structures because it empowers them and gives them a high. In this group are firefighter arsonists. They set the fires, watch them burn and then race in to put them out, heroically saving people’s lives. A well-known example of this was firefighter and arson investigator John Orr of California’s Glendale Fire Department. In The Safe Place, Marcus Harstad, the fire chief and Jessie’s abuser, is a narcissist who craves adulation. He has means, motive and opportunity. But he is not the only character in the book who craves adulation and recognition.

The fires are lit to destroy physical evidence, or the identity of a victim. In my thriller, the arsonist initially sets out to make the housefires look like accidents. Then he uses fire to conceal the fact that one of the victims was shot dead before the blaze consumed them. However, bullets can survive fire. The killer then goes on to set fires that deliberately implicate Jessie. Ironically, the middle-aged sheriff, who is investigating the crimes, fits the profile of the older and wiser serial arsonist. They are often regarded as the most dangerous fire starters because as their confidence and experience grows, they set bigger and more dangerous fires.

These fires are usually lit by juveniles through boredom, rebellion, peer pressure, or are gang related. Children known to have started fires when they are young are likely to keep lighting them as adults.

There are plenty of news stories about people who set fire to their homes, businesses, or cars for the insurance money or for other financial reasons. They are often ordinary people driven by desperation or greed, who did not intend to kill anyone. Such plans can go horribly wrong. And because of their lack of skill at starting fires, they are usually caught.

Extremists set fires to further political, social, or religious causes and may use bombs. They are likely to have done a lot of preparation and may well be prepared to die in the conflagration of their own making. One of my characters, a former FBI agent, and Jessie’s only ally, was badly injured by a bomb blast and as a result she is terrified of fire.

Profiles of serial arsonists are full of inspiring details that can help authors create credible, complex, and creepy arsonist characters. Fire can add drama, ramp up the tension, conceal evidence, frighten witnesses, and keep a reader glued to your book. 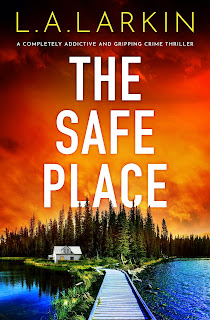 The Safe Place by L A Larkin (Bookouture) Out Now.

Her heart pounds at the sound of footsteps outside her cabin in the woods. The snap of a twig tells her someone is close by. As she treads lightly towards the back door, she says a silent prayer—don’t let him find me… Ever since Jessie Lewis reported her boyfriend, fire chief and local hero, for beating her, she’s been an outcast from the small town of Eagle Falls. And when someone sets fire to a house in the woods, killing the entire Troyer family, the locals turn on her again, taking her very public argument with Paul Troyer as proof that she lit the match. Devastated that anyone could think her capable of murder, Jessie turns to Ruth. New in town, and an ex-FBI agent, Ruth could be the exact person Jessie needs to smoke out the murderer. But can she trust her with her life? Days later, another house linked to Jessie is set ablaze. Combing the ashes for answers, she catches sight of an inscription she hasn’t seen since her childhood—since she lost someone very close to her. Is the killer is coming for her next? As local wildfires take hold of the town and everyone is evacuated, Jessie knows she must put herself in unthinkable danger to catch the killer. And when she does, will she have the strength to take them down first?