Books to Look Forward to From Bitter Lemon Press 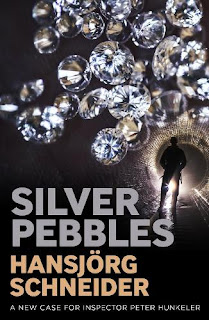 An elegant young Lebanese man carrying diamonds in his bag is on the train from Frankfurt to Basel, a drug mule on the return journey. At the Basel train station, Hunkeler is waiting for him after a tipoff from the German police. The courier manages to get to the station toilet and flushes the stones away. Erdogan, a young Turkish sewage worker, finds the diamonds in the pipes under the station. To him they mean wealth and the small hotel he always wanted to buy near his family village. To his older Swiss girl-friend Erika, employed at a supermarket checkout counter, the stones signify the end of their life together. She knows that Erdogan has a wife and children in Turkey. For the courier, finding the stones is a matter of life and death. His employers are on their way to "tidy things up". For Hunkeler the stones are the only way to get to the people behind the drug trade. They turn out to include not only the bottom-feeding drug gangs but bankers and politicians very high up the Basel food chain. Silver Pebbles is by Hansjörg Schneider. 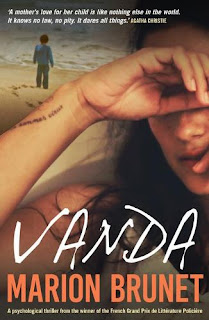 Brunet has followed on from the success of "The Summer of Reckoning" with this magnificent portrait of a woman and a mother, a beautiful and often poetic tale that is unflinching about social and personal violence. Set in Marseilles, this the story of Vanda, a beautiful woman in her thirties, arms covered in tats, dark luxuriant hair in heavy curls, skin so dark that some take her for a North African. Devoted to her six-year-old son Noe, they live in a derelict shed by the beach, a mother surrounding and defending her child like a lioness. She had wanted to be an artist; she is now a cleaner in a psychiatric hospital. But Vanda is quite happy in her shed by the water, alone with her child. "The two of them against the world", as she says. Everything changes when Simon, the father of her son, surfaces in Marseilles. He had left Vanda seven years earlier, not knowing that she was pregnant. When Simon demands custody of his son, Vanda's suppressed rage threatens to explode. The tension becomes unbearable, both parents fully capable of extreme violence. Vanda is by Marion Brunet. 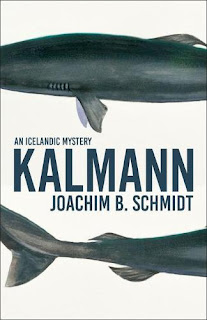 Kalmann is by Joachim B Schmidt. He is the self-appointed sheriff of Raufarho fn, a sleepy town in northern Iceland, and has everything under control. There's no need to worry. Day by day, he treks the wide plains which surround the almost deserted village, hunts Arctic foxes and lays shark bait in the sea - to process the fish into the Icelandic fermented delicacy, ha karl. But inside Kalmann's head, the wheels sometimes spin backwards. One winter, after he discovers a pool of human blood in the snow, the swiftly unfolding events threaten to overwhelm him. But with his naive wisdom and pure-hearted courage, he makes sure everything takes a turn for the better. There's no need to worry. "It can get pretty dark under a polar bear." Kalmann. 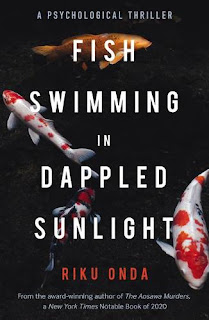 Set in a Tokyo flat over the course of one night, Aki and Hiro spend one last night together before going their separate ways. Each believes the other to be a murderer and is determined to extract a confession before the night is over. Who has been killed and why? Which one is the killer? In an intense battle of wills over the course of a night, the true nature of the pair's relationship and the chain of events leading up to this night are gradually revealed. Fish Swimming in Dappled Sunlight is by Riku Onda.

There are No Happy Loves is by Sergio Olguin. The third in the crime trilogy featuring fearless Buenos Aires journalist Veronica Rosenthal.