Why Timing is Everything by Tony Kent 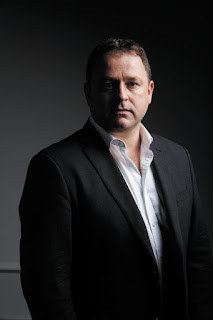 It was New Year’s Eve 2019 as I settled down at my father-in-law’s dining room table in Cornwall, opened my laptop and began to write. We had driven from Buckinghamshire the day before - my wife Victoria and I, and our then 18-month old son Joseph - and we had arrived late on a dark and stormy December 30th.

New Year in Cornwall had become a tradition since Clive had bought the clifftop home five years earlier, and that tradition had quickly extended to my writing habits. My previous two books had both been started at this very table, each one a year apart. And so it was that for the third time, while every one else took an afternoon walk into town, I wrote the first words of a thriller. 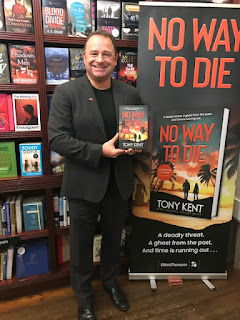 Two hours later my family were back - wet and windswept from the picturesque fishing village of Looe - and the first two thousand words of Book Four were on the page. Tradition had been kept. My work was underway.

Over the next two months that book began to fly. I had spent my usual three-month ‘thinking’ period going about my day with the story percolating in my head. The clock was ticking - when is it not! - and so it was a relief that the story was coming so freely. But little did I know, there was a problem looming. You see, the book I was writing was about Joe Dempsey and his ISB team preventing a terrorist attack on North America. And the form of that attack? A weaponised virus, manufactured by a rogue East Asian state which would - once released - cause a pandemic to sweep across the continental United States.

How is that for timing, you might ask yourself. Because believe me, I did!

‘It won’t be as bad as the scientists say’, I kept telling myself. I shared the hopelessly blind optimism of Boris Johnson, only in my case the consequences of being wrong were rather less severe. But wrong we both were and so, as I lay in my bed in early March 2020 with my first bout of what we were then still calling the coronavirus, I made a big decision: the pandemic - or the pandemic over which I had some control, at least - was going in the drawer.

It was not a difficult decision. As a writer, my barometer of what works and what does not is a simple question: am I entertained by this? Because if I am not, then neither will my readers. And rightly or wrongly, there was no way I could be entertained by a book about a fictionalised virus as people were dying world-wide from a real life version. So not a difficult decision. But still a big one: I had a deadline and I had a book to deliver.

What, then, to do? I racked my brain for an answer. The book I had ‘planned’ - in other words, the book I had thought about for several months, with plots and ideas growing off in various directions that would allow me to choose the right ones once the typing started - was now off limits, and I did not have another three months to spare thinking about a new one. I also did not have the freedom of any research trips. Travel was out of the question as the lockdowns tightened and so I had to set the plot somewhere I knew. But where? 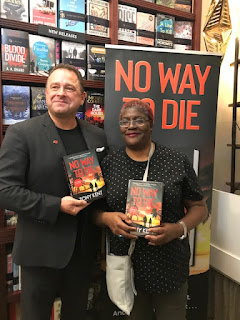 As a dilemma it left me hot under the collar. And that temperature gave me a direction.

In my life I have experienced two particular extremes of intense heat. The dry, sharp kind that I connect to my time spent in Qatar and Dubai. And the wet, humid heat of the Florida Keys. It was the feeling of the latter that I could not shake as I wrote the first chapter of No Way To Die; the sensation of a thin, cheap material sticking to the skin. It took my mind immediately to Key West, and that in turn led me to the docks. To wonder what could have passed through that weakened, under-policed underbelly over the years? What could have found its way through the party island and onto the continental United States via those incredible oversea highways?

It was then that two words came back to me. Two words which I had always intended to be the basis for a book some time in the future.

It would be absurd to suggest that the setting and the two word ‘McGuffin’ was all I needed. And it would be a lie to claim that, from that point, the book wrote itself. It did not; it was a difficult, drawn-out process that restarted several times over, all set against the strangest times in which any of us have ever lived or - I hope - will ever live again.

But for all the effort that followed, those two words and that remembered sensation of sticky heat was where No Way To Die started. And all of it because of a tradition; all of it because I chose to start writing on December 31st 2019. Had I started it even two months earlier, the book I would not be promoting would have told a very different story about a fight to stop a pandemic sweeping across America. And let’s be honest; in 2021, who the hell would want to read that?

Proof, then, that timing really is everything. 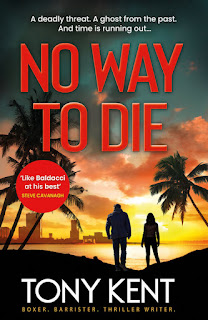 No Way To Die by Tony Kent (Out Now) Elliott & Thompson

When traces of a radioactive material are found with a body in Key West, multiple federal agencies suddenly descend on the scene. This is not just an isolated murder - a domestic terrorist group is ready to bring the US government to its knees. The threat hits close to home for Agent Joe Dempsey when he discovers a personal connection to the group. With his new team member, former Secret Service agent Eden Grace, Dempsey joins the race to track down the bomb before it’s too late. But when their mission falls apart, he is forced to turn to the most unlikely of allies: an old enemy he thought he had buried in his past. Now, with time running out, they must find a way to work together to stop a madman from unleashing horrifying destruction across the country.